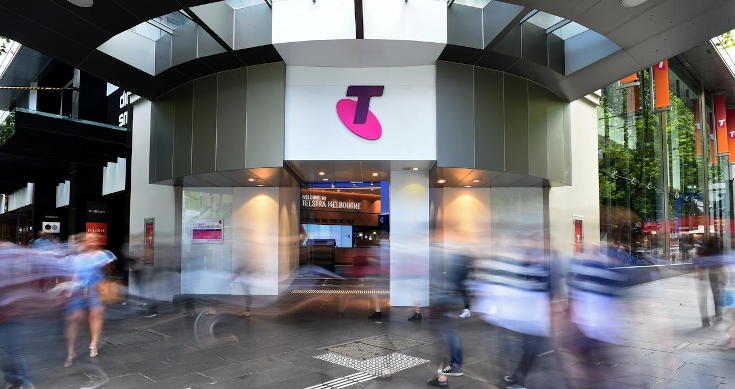 Telstra shares were last at $4 more than four years ago. Yesterday they regained that level briefly in a 4% plus rise off the back of more promise and a solid set of figures for 2020-21, as well as a $1.4 billion dividend.

The shares hit their most recent low of $2.65 last October but have climbed steadily since then and are up around 50% in the past 10 months or so.

For investors the long haul back no longer seems distant, nor a mirage.

Helping the recovery yesterday was the confident assertion from CEO Andy Penn that the company would be back to peak performance in the current 2022 financial year.

Telstra has ridden through the disruptions of the nbn, the rising competition and emerged leaner and meaner, according to Mr Penn.

In doing so the company joined banks like the CBA, NAB and ANZ in dangling a buyback in front of shareholders after a Covid riven year like 2020-21.

The nation’s biggest telco on Thursday reported a 3.4% rise in full-year net profit to $1.9 billion and a final payout of 8 cents a share.

That takes the total for the year to 16 cents a share, as well as the buyback of $1.4 billion.

Despite revenue falling 11.6% to $23.1 billion for the year, cost cuts and increased revenue from its now core mobile business helped Telstra along to a slight increase in the bottom line.

The market also took to heart the commentary from CEO Andy Penn who noted that Telstra delivered on its guidance, marking a turning point in its financial trajectory.

“We delivered results in line within guidance, and we are seeing the focus and discipline of (cost-cutting program) T22 pay off,” Mr Penn said.

“We set ourselves big ambitions and we have achieved what we said we would deliver. We have done the hard transformational work and built the capabilities to take advantage of the opportunities ahead. Telstra is fundamentally a different organisation,” Mr Penn said in the release.

He also caught the eye of investors when he suggested that Telstra’s underlying business would return to full-year growth in the 2022 financial year.

Telstra’s underlying earnings (before interest, tax, depreciation and amortisation) fell 9.7% to $6.7 billion. That included a $650 million hit from customers shifting to the NBN and $380 million from COVID-19. The results though were in line with guidance.

The $1.4 billion share buyback scheme has been introduced following the sale of 49% of InfraCo Towers to investors earlier this year.

“This share buy-back is a clear demonstration of how we are creating additional long-term value for our shareholders,” Mr Penn said.

“We have confidence because we see strong performance in our mobile business, continued discipline on our cost reduction target, green shoots in some of our growth businesses and a diminishing impact from the nbn.”

“We set ourselves big ambitions and we have achieved what we said we would deliver. We have done the hard transformational work and built the capabilities to take advantage of the opportunities ahead. Telstra is fundamentally a different organisation,” said Mr Penn.

“We have done this while maintaining disciplined financial management, retaining our A-band credit rating, monetising more than $2 billion of assets, repaying debt and strengthening our balance sheet.”

“We have 8.8 million services on our 20 new simplified fixed and postpaid mobile Consumer and Small Business plans. We also have 3.5 million members signed up to our rewards program, Telstra Plus, and we are seeing strong engagement from these customers,” Mr Penn said.