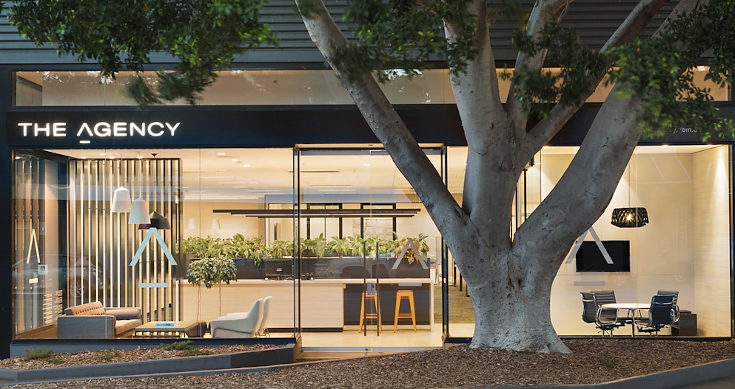 Innovation is critical for growth and according to Paul Niardone, Managing Director of one of Australia’s fastest-growing real estate services outfits The Agency Group (ASX: AU1), it sits at the core of the company’s business model.

Listing on the ASX in 2016 with an office in Perth and ~30 sales agents, The Agency may have lacked scale but it certainly was not short of ambition. As of today, the company boasts an armada of more than 300 agents operating right across the country, particularly in New South Wales high-value eastern suburbs, lower north shore.

The Agency is also home to a management team which includes some of the biggest names in Australian property, having recently recruited Geoff Lucas, the well credentialled former CEO of rival listed real estate firm McGrath Limited.

The key, according to Mr Niardone is the innovation which was built into the heart of The Agency’s model.

“We are fundamentally different from other real estate services companies, which rely on a traditional chain of bricks-and-mortar franchises operating in a fragmented market.

“Franchise offices are capital intensive, bearing additional staffing, service duplication and infrastructure costs. All of these costs eat into the value chain, eventually diluting commissions generated by the agent, and working capital that can be poured back into innovation and marketing.

“What we have done is centralise our administrative operations and support staff, which allows us to not only generate efficiency dividends, for example using our larger scale when organising coordinated marketing campaigns, but also allows us to completely eliminate the middle management layer of franchisees.

“With no franchisees there is a much greater value retention, enabling a higher split of commissions to both agents and the company.

“Effectively, we free up the agents to focus on the job they do best – selling and leasing properties for the benefit of clients – and they are better rewarded for it, incentivising further sales activity.”

The twist on the traditional model has been thoroughly tested and ultimately proven resilient, even against the tumult of COVID-19 in Australia.

Hindered by rolling lockdowns which have at times prevented home inspections, auctions and agents travelling throughout the community, the Group continues to post strong growth.

Despite the uncertainty of the March quarter, The Agency amassed combined group revenues of $15 million, up 39% on the previous corresponding period (with January and February typically considered quieter months in real estate circles).

This robust result was off the back of 1,232 sales during the quarter, with the combined value of these properties tallying approximately $1.2 billion. In the month of March alone, the combined Gross Commission Income (GCI) reached an estimated $9.3 million.

Investors are now keenly eyeing their June quarter of results which will round-out a breakout financial year.

With a strong focus on continued innovation and a buoyant property market, The Agency is poised to continue its momentum into the new financial year.