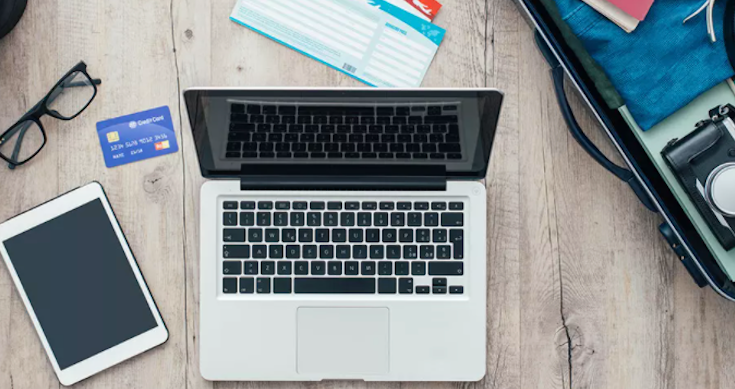 In his progression from student entrepreneur to founder of one of the world’s fastest growing online travel companies, 41-year-old Melburnian Adam Schwab has tackled plenty of business challenges including tapping capital before the term ‘angel investor’ was coined.

A trained lawyer, Schwab took a methodical approach to assessing business risks. But as he discovered last year, nothing could prepare him for the one-in-100-year pandemic that sucked the momentum out of the business he co-founded, Luxury Escapes.

“COVID was certainly an interesting period,” Schwab says with palpable understatement. “Suddenly our revenue went not just to zero but negative, because we were crediting and refunding literally hundreds of thousands of bookings basically overnight.”

In entrepreneurialism, in adversity also lies comfort and hope. After some rapid-fire cost cutting including executive pay cuts and directors taking no fees, management used the pandemic to ponder the company’s underlying business structure.

The ‘flop and drop’ deals to places such as Bali, Dubai and the Maldives resonated with travellers, as evidenced by Luxury Escapes’ industry leading customer satisfaction ratings.

With the pandemic curtailing sales, the business quickly moved to creating a curated marketplace offering – think Booking.com with a small selection of the best hotels in every desired destination.

The thinking was simple: building a marketplace allowed the business to not only keep all of its team employed while other travel companies were slashing staff, but actually grow staff numbers to build out the technology.

“Instead of being a limited site with 40 products we will have 10,000 highly curated products relevant to four- or five-star travellers,” Schwab says.

With the country’s drawbridges retracted, Australians are not free to roam to their favourite playground, Bali – or anywhere else for that matter.

Despite that, Luxury Escapes’ revenues (before credits and refunds) came close to hitting pre-COVID levels in May, before slowing again as nationwide lockdowns and border closures struck once more.

“We are the only travel business in the world that has increased our staff,” Schwab says. “Even the great travel businesses like Airbnb and bookings.com have smashed their staff by upwards of 50 per cent.”

One reason for the company’s resilience was its business in the US, where borders never closed even at the peak of the crisis. The obscure travel bubble between New Zealand and the Cook Islands was also surprisingly helpful in maintaining patronage.

Crucially, most customers were happy to accept vouchers for future travel rather than demand refunds (which were given, when warranted).

“That’s because Luxury Escapes has a unique offering, you can’t get it anywhere else,” Schwab says.

“The vast majority of our customers had a great experience and our Net Promoter Score [the standard measure of customer satisfaction] has rebounded from 65 back to 72.”

Schwab’s entrepreneurial flair came to the fore at Caulfield Grammar, where he sold crib notes for less attentive VCE students.

He enrolled in Monash University’s law and commerce degree, where he replicated the model for his fellow scholars. He even convinced the law school bookshop to stock his CDs before an unsympathetic dean of the faculty banned the arrangement.

Schwab went on to a mergers and acquisitions role at Freehills (now Herbert Smith Freehills) before he and Same spotted an opportunity with renting furnished inner city apartments to well-off backpackers.

The venture morphed into Living Corporate Apartments with an emphasis on more reliable and long-term corporate rentals.

The duo dabbled in buying and selling apartments in a booming property market an ended up with a $1 million profit.

Modest even back then, these proceeds underpinned the seeding of Zoupon, which became Deals.com.au, in 2011. The venture unashamedly drew inspiration from US startup Groupon, which had hit $1 billion in revenues but had not yet entered the Australian market.

“Venture capitalism didn’t exist back then,” Schwab recalls. “We were our own funders. We didn’t buy a house or car and invested in ourselves.”

The duo quickly learnt that the small business providers to the platform were enthusiastic, but were more focused on making an extra buck out of the customers rather than building an enduring clientele.

They quickly realised that travel was more appealing because the size of the transaction was bigger. What’s more, hotels really care about their brands and ensuring their guests have an amazing experience, so filling the remaining rooms with a fixed cost base is a classic win-win.

“Hotels with smart revenue managers can make millions of dollars from Luxury Escapes and we are integral to many of their marketing plans,” Schwab says.

He says founders of successful, consumer-facing online businesses do not have to be a tech ‘geek’ as such.

Rather, they have to know how to understand customers and manage products, whilst being a jack-of-all-trades. “Neither of us are coders or engineers but we have always been able to do specs [specifications] and manage a product from concept to release.”

Schwab meanwhile has kept his finger in numerous entrepreneurial pies, including as chairman of online art marketplace Bluethumb.com.au and beauty bookings marketplace Bookwell.

He is a board member of Private Media, the brainchild of veteran newspaper editor Eric Beecher. He writes for the company’s irreverent Crikey website, opining on topics such as the need to disband Fortress Australia and the imperative to get serious about vaccinations.

Schwab has been a director of the Myeloma Foundation since 2010.

Rounding out the busy C.V., Schwab authored the authoritative tome to the 1980s: Pigs at the Trough: Lessons from Australia’s Decade of Corporate Greed.

But his core focus will remain on Luxury Escapes as his most successful venture sails through the unchartered post-pandemic waters.

“COVID proved we are an incredibly resilient business,” he says. “We were able to invest heavily in the product we wouldn’t have done otherwise.

“We’re super confident in 12 months we will have an unbelievable product that customers will completely love and we will be a much better business having survived the pandemic.”