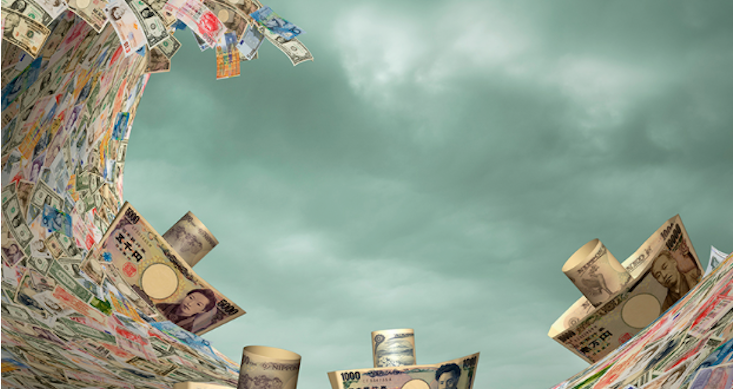 Recent activity from Chinese regulators and the response from markets is testing the resolve of investors. With over 30 years’ experience in covering and investing in the country, our assessment is that this presents another opportunity to upgrade portfolios by retaining a longer-term outlook – and we are actively looking to do so. When we hear feedback that a market is “uninvestable”, we feel that a different perspective is required.

In recent months, there has been a so-called regulatory crackdown on e-commerce companies and other industries in China. It started with the cancellation of the Ant Group initial public offering (IPO) in November last year and most recently included the banning of after-school tutoring as a for-profit-business.

It is worth noting, however, that these are all part of a considered regulatory reform process that commenced five years ago, starting with the supply-side reforms in 2016, where sub-scale polluters in industries such as steel, coal, cement and petrochemicals were denied funding and closed.

The upshot of those reforms is that the risk in the Chinese economy was substantially reduced, but importantly, it showed that authorities were prepared to enact these policies – despite the impact on the economy.

Back to more recent events, it’s hardly surprising that the government has taken measures against the e-commerce companies. We have maintained for some time, that governments, regardless of their persuasion, are uncomfortable with the power that accrues to entities that have audiences of literally billions of people and billions of dollars in their bank account. This is true in the West as much as it is in China, as evidenced by the anti-trust actions currently underway against the likes of Facebook, Google and Amazon.

The growth of Ant Group’s Alipay and Tencent’s Tenpay and their potential impact on the banking system is naturally going to attract the attention of regulators. The fact that Ant proceeded with the IPO process knowing it would raise the interest of regulators, raises more questions about the judgement of the company and its bankers than the regulator.

Meanwhile, regarding the US IPO of Didi, China’s Uber, regulators were concerned that the transfer of ownership to foreign shareholders posed a data security risk, specifically, the potential to track the location and patterns of behaviour of Chinese nationals. While perhaps the reasoning was a little more obscure than the others, interestingly, this is the same premise the Trump administration touted when it wanted to ban TikTok.

On the question of the after-school tutoring business being effectively banned as a for-profit-business, in the context of the pressing social issue of the cost of raising children in China, the action makes sense, if perhaps slightly more draconian than we expected or indeed hoped for, with a very small, but carefully considered, exposure to this theme.

While undoubtedly there is a political element behind these decisions, there is also the context of a government that has been strongly pro-reform, acting to deal with issues in their economy – which gives one a slightly different perspective.

With seemingly so much occurring in such a short space of time, we have seen dramatic panic in the market. In recent weeks, foreign investors have taken heavy hits in China. Market favourites such as Tencent and Alibaba are down 40% from their respective highs,[1]creating a wave of anti-China sentiment amongst foreign investors. Chinese stocks are being described as “uninvestable” and we have seen high-profile investors turning their back on the market.

We suspect that the end of this panicked selling of Chinese positions will play out sooner rather than later. Our mindset today, is that while China may be a challenging environment for investors, this will likely prove to be an opportunity to buy good-quality companies relatively cheaply. We have been cautiously moving back into a few names, particularly those we know well. It is tricky and uncomfortable, but not one to be missed.

For more on the regulatory phenomenon in China please see our recent article and the Platinum Asia Fund June 2021 quarterly report, highlighting the reforms, challenges and opportunities.

[1] Source: FactSet Research Systems. Calculated from their respective 52-week high to low as at 28 July 2021.

While the information in this article has been prepared in good faith and with reasonable care, no representation or warranty, express or implied, is made as to the accuracy, adequacy or reliability of any statements, estimates, opinions or other information contained in the articles, and to the extent permitted by law, no liability is accepted by any company of the Platinum Group® or their directors, officers or employees for any loss or damage as a result of any reliance on this information.

Commentary reflects Platinum’s views and beliefs at the time of preparation, which are subject to change without notice.  Commentary may also contain forward-looking statements. These forward-looking statements have been made based upon Platinum’s expectations and beliefs. No assurance is given that future developments will be in accordance with Platinum’s expectations. Actual outcomes could differ materially from those expected by Platinum.

The information presented in this article is general information only and not intended to be financial product advice. It has not been prepared taking into account any particular investor’s or class of investors’ investment objectives, financial situation or needs, and should not be used as the basis for making investment, financial or other decisions. You should obtain professional advice prior to making any investment decision.