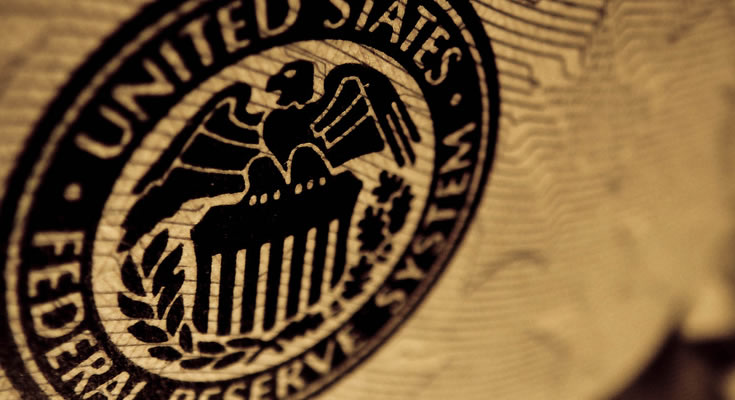 The US Federal Reserve has moved closer to winding back its support for the US economic recovery by declaring that “progress” had been made towards its economic goals.

The first move to reduce that support will be to lower its huge bond buying program – but quite yet.

Discussion at this week’s Fed meeting about an easing had been widely expected which perhaps explains a muted reaction from the markets.

The Dow fell and the S&P 500 eased, while Nasdaq saw modest gains and new closing highs as it basked in the very strong results from Apple, Alphabet and Microsoft.

The key 10-year Treasury bond yield hit a low of 1.243% while Fed chair, Jay Powell was talking in a post meeting media conference edged a little higher, then sagged at the end to finish at 1.228%.

Gold edged higher as did oil.

In a post-meeting statement, the Fed said the US economic recovery remains on track despite a rise in Covid infections of the delta variant.

“With progress on vaccinations and strong policy support, indicators of economic activity and employment have continued to strengthen,” the U.S. central bank said in a statement after the conclusion of its latest two-day policy meeting.

US daily Covid infections have quadrupled since the Fed last met in June but the Fed indicated it still had faith that an ongoing vaccination drive would “reduce the effect of the public health crisis on the economy” and allow a robust reopening to proceed.

In a unanimous statement, the bank’s Open Market Committee said they were moving ahead with discussions about when to reduce the central bank’s $US120 billion in monthly bond purchases, a precursor to eventually raising interest rates.

After its December meeting, the Fed said it would not change its bond-buying program until there had been “substantial further progress” in repairing a labor market that was then 10 million jobs short of where it was before the pandemic.

That number is now below 7 million, and the Fed for the first time acknowledged the economy had taken a step towards reducing the $US80 billion in US Treasury bonds and $US40 billion in mortgage-backed securities it buys each month to maintain long-term borrowing costs low for consumers and businesses.

“The economy has made progress, and the (Federal Open Market) Committee will continue to assess progress in coming meetings,” the Fed said in a hint the actual decision to reduce the bond buying could come by the end of this year.

The Fed also said that higher inflation remained the result of “transitory factors,” meaning it was not an imminent risk.

Despite the optimism about the economy, Fed Chair Jerome Powell said the central bank is nowhere near considering a rate hike.

“Our approach here has been to be as transparent as we can. We have not reached substantial further progress yet,” he told a media conference after the release of the statement.

“We see ourselves having some ground to cover to get there.”

He did talk a bit about inflation in his media conference, pointing out that inflation could prove to be more persistent than the Fed currently believed and that if it continued to remain high, then the central bank would act.

Powell noted the rising threat that the pandemic and its delta variant is posing, But he told the media he does not see it having a major economic impact.

“What we’ve seen is with successive waves of Covid over the past year and some months now, there has tended to be less in the way of economic implications from each wave. We will see if that is the case from the delta variety,” he added.