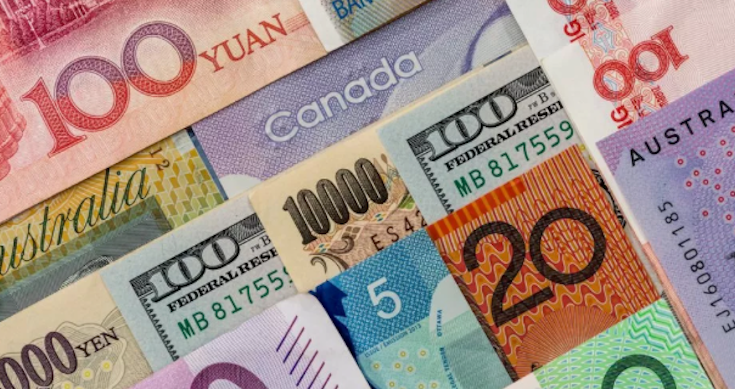 It might be unwise to extrapolate too much from this week’s inflation data on both sides of the Atlantic. This is peak bounce back. Like the surge in corporate earnings that we will see in the results season that started this week, the rise in inflation is largely a matter of arithmetic. The world shut down a year ago and is re-opening today. This was always going to distort the figures.

Take the biggest contributor to this week’s rise in UK inflation, transport costs. The recovery in the oil price has been dramatic, and petrol at 130p a litre versus 106p a year ago reflects that. But this is a return to a more normal world from one in which producers were, briefly, paying others to take oil off their hands and the cost of a barrel of crude was, for a short time, negative. Likewise, the increase in second-hand car prices is largely about a temporary semiconductor shortage affecting the production of new cars. This too shall pass.

So, while the inflation prints in both America and here have been significantly higher than forecast this week, we should not assume that central banks on either side of the pond are necessarily wrong to believe that price rises are transitory. The peak may be a bit higher than predicted but their assumption that inflation will settle back in due course could turn out to be correct.

Let’s hope so. It would certainly be reassuring to those of us whose memories stretch back to a time when we last misjudged the inflationary straws in the wind. Central banks, notably the Federal Reserve under former chair Arthur Burns, ignored the warning signs of rising prices in the late 1960s and early 1970s, and we know how that ended. Inflation never looks like being a problem until it is a big one. It’s far better to keep the genie in the bottle than to have to stuff it back in again.

This week I took questions from investors about my quarterly Investment Outlook. The most popular topic by a country mile was inflation: should we worry; what can we do about it; where are the opportunities? Reading those questions, it struck me that inflation is not a one size fits all problem. Depending on our age and circumstances we will experience inflation in different ways.

For my parents, now in their eighties, inflation was just a given, a part of their world view. They would prefer to spend money today in the knowledge that it would be worth less next year. They were happy to take on seemingly eye-watering mortgage debt because they knew that within a few years, rising house prices and salaries would reduce the burden to a more manageable level. The conventional wisdom was to buy the most expensive house you could stretch yourself to afford.

The biggest difference between my parents’ experience and mine and that of my now adult children, is that inflation was not really their problem to solve. They worked in the public sector (Air Force, teaching) so their salaries and subsequently their pensions were a political rather than a commercial decision. The 1970s was a dreadful period for asset prices – both shares and bonds performed terribly, as investors questioned whether capitalism even had a future. But the collapse in valuations between the mid-1960s and 1982 was an ‘out there’ kind of problem for a family in the embrace of the state.

For my generation, on the brink of what we hope will be a long and healthy retirement, the prospect of inflation is a much bigger concern. I hesitate to complain too loudly because, like many people in their fifties, I too have been a beneficiary of rising asset prices. My children smile through gritted teeth when I tell them that we put down £3,500 to buy our first, inner London, flat in 1989.

But, while there are some people my age who will enjoy an inflation-linked final salary pension scheme, they are few and far between. Most of us are setting out on a new kind of financial journey in which the onus will be on us to make sure that what we have managed to accumulate in the last 30 years of our working lives can last out the next 30 years of retirement.

The most important determinant of our ability to do that in any sort of comfort will be whether this week’s inflation numbers are indeed a temporary spike or the first signs of history repeating itself. If you don’t know the Rule of 72, now would be a good time to familiarise yourself with it and to pass it on to your kids.

It is my children, all now in their twenties, that concern me more. They have the advantage over those heading into retirement that their incomes can rise in line with prices. Let’s hope they do because that has not been the reality for many since the financial crisis. And they are starting out with property prices high and interest rates low, the mirror image of my experience 30 years ago. I suspect they will look less kindly on inflation than their parents and grandparents have been able to.

Governments like a bit of inflation. Central banks think they can achieve it. It’s the rest of us who will have to deal with the consequences if they can’t.

Tom Stevenson is an investment director at Fidelity International. The views are his own. He tweets at @tomstevenson63.