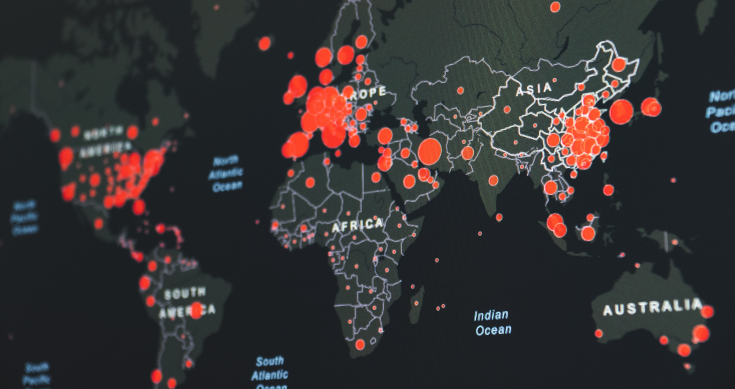 Australia’s Delta Covid-driven lockdowns in Sydney and Victoria will dominate local markets this week, as will the rising infection numbers in Tokyo ahead of this Friday’s start of the Olympics, and in countries such as the UK, US, Indonesia, South Korea and more.

In the UK, today, July 19, is supposed to be “Freedom Day” according to an edict from Prime Minister Boris Johnson’s government. That’s despite case numbers topping 51,000 a day on Friday – the highest daily number in six months.

But London and Scotland have said they will require masks in some circumstances, such as pubic transport, so Johnson’s “Freedom” is already less than it seems and, with infections rising (in the wake of the Euro soccer finals in London), a debacle looms.

The UK now has the third highest number of cases of any country in the world — only Indonesia and Brazil have more — and there are fears it could become a breeding ground for new Covid variants on top of Delta and Lambda, the two current ‘variant infections of the month’.

It also looks likely that Covid will get as much publicity at the upcoming Olympics as gold, gold, gold. Tokyo’s case numbers rose 50% late last week to more than 1,200 on Friday – the highest daily number since late January (according to data from John Hopkins University).

It is going to be a rough week and here the ASX will not escape the fallout.

Retail, travel and building and construction related stocks will be hit by the tougher restrictions in and around Sydney and the clampdown on construction for two weeks.

Banks will also be weak with new fears about high bad debt problems as well.

There’s not much data around this week. The minutes from the last RBA meeting are out tomorrow and economists and analysts will be looking closely at the discussion about the slowing in bond buying from September.

But given Governor Lowe’s post board meeting media conference and then a speech two days later, there won’t be much from the minutes that is new.

June retail sales on Wednesday from the ABS will so a fall of perhaps 1%, according to the AMP’s Dr Shane Oliver with the various lockdowns having an impact.

That will be the final in this series which was started during the pandemic last year to provide more timely data on the household spending.

We can expect the various lockdowns, topped by Sydney’s harder system to weigh in the flash survey of activity in manufacturing and services to be released on Friday.

Thursday sees the preliminary merchandise trade data for June released. That will be the final in this series which was started during the pandemic last year to provide more timely data on the trade account.

There are a few quarterly reports out this week – the most important will be BHP’s 4th quarter and full year production and sales data tomorrow.

Gold and copper miner Newcrest releases its 4th quarter and full year figures on Thursday. Santos is due to report this week.

Djerriwarrh Investments is due to release its full year figures tomorrow as well. Stablemate Mirrabooka reported last week and big brother Australian Foundation Investment Co is due to report next week.

In the US, Dr Oliver says we can expect continuing strength in the home building conditions index (today), a rise in housing starts (tomorrow) and existing home sales (Thursday). Business condition PMIs for July (out Friday) will likely soften a touch but remain strong with the focus likely to be on inflation readings.

Covid cases will grab more attention as they continue to rise in the US.

The European Central Bank meets on Thursday with its new inflation mode (to be more tolerant of rising costs rather than a vigilante and lift interest rates too early) expected to dominate discussions.

Japanese CPI inflation data for June (tomorrow) is expected to remain weak with core inflation staying weak at -0.2%yoy, according to an estimate from Dr Oliver.

The Tokyo Olympics begin on July 23 and Moody’s economists reckon they are unlikely to lift inflation, especially given the recent ban on spectators.

But the games will see a rise in Covid infections.

In China the key Loan prime rate will be set tomorrow.

Economists do not expect any change after last week’s reserve ratio cut freed up $US154 billion to be lent and the June monthly and quarter economic data and GDP showed solid but sluggish growth.

But they will still be keeping an eye on the rate decision – after all the latest reserve ratio cut came out of the blue.