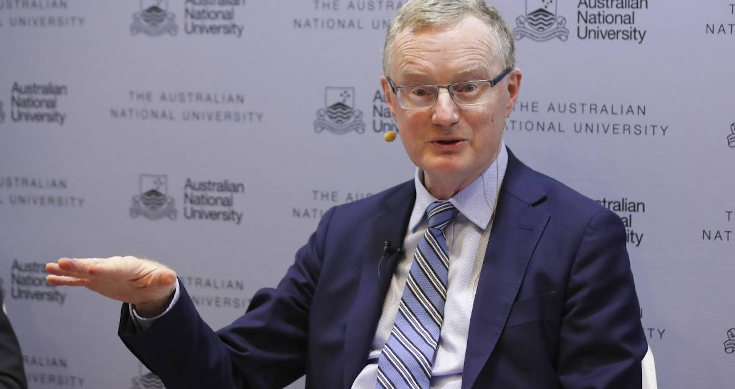 For the first time, Reserve Bank Governor Philip Lowe has singled out Australia’s high levels of immigration as playing a part in keeping a lid on wage rises – an observation that won’t go unnoticed.

In a virtual speech to Queensland economists, the Reserve Bank governor suggested that even with closed borders and limited to non existent immigration it will still take more time for workers’ incomes to lift fast enough to warrant an increase in official interest rates.

Addressing the Economic Society of Australia’s Queensland branch, Dr Lowe said not only had immigration levels contributed to sluggish wages growth, it had given businesses an incentive not to train their workers.

“In some cases, firms hired workers from overseas directly to fill specific gaps, but in other cases they hired people who were already in Australia for other reasons, including to study and on working holidays.

“This hiring dilutes the upward pressure on wages in these hotspots and it is possible that there are spillovers to the rest of the labour market. This hiring can also dilute the incentive for businesses to train workers to do the required job,” Dr Lowe pointed out.

“In conceptual terms, one can think of this ability to tap into the global labour market for workers that are in short supply as flattening the supply curve for these workers,” he said.

“A flat supply curve means that a shift in demand has only a small effect on prices, or in this case wages.

But he also highlighted positives in migration, saying:

“On the positive side of the ledger, hiring overseas workers to overcome bottlenecks allows firms to hire the people they need to operate effectively, and to expand and invest. This benefit was clearly evident during the resources boom, and there are a wide range of businesses and industries that have benefited from hiring foreign workers. Without this ability, output in Australia would have been lower.”

His speech followed on from Tuesday’s RBA July monetary policy meeting with kept the cash rate at 0.10%, continued the three year yield curve management targeting the April, 2024 bond and trimmed the bank’s bond buying at the 10 year maturity to $4 billion a week from $5 billion.

Dr Lowe said in his speech yesterday that strong employment growth and subdued wages growth was a key feature of the economy before the coronavirus pandemic (from 2014 onwards as inflation eased, wage growth eased as well) with no signs it had changed despite the economy’s solid rebound over the past 12 months.

He said strong labour force participation, particularly from women and people aged over 55, had boosted the supply of workers which in turn had kept a lid on wages.

“In my view, this is one of the factors that has contributed to wages being less sensitive to shifts in demand than was once the case.”

More and more economists say the bank will start lifting rates towards the end of 2022 and into 2023 – before the target of early 2024 is reached.

But the governor again pointed out (as he did on Tuesday) that rates will only rise when the bank has evidence that inflation has not only risen, but remains high.

And he went on to reiterate that “For inflation to be sustainably in the 2 to 3 per cent range, it is likely that wage growth will need to exceed 3 per cent. That is on the basis that labour productivity continues to increase and that the labour share of national income remains broadly steady.

“The current rate of wage growth is materially less than 3 per cent. Partly for the reasons I have discussed, we still expect the lift in aggregate wages growth will be gradual. We also expect that it will take until 2024 for inflation to be sustainably within the 2 to 3 per cent target range.”

So for all those analysts, economists and bond bunnies with forecasts for rate rises to start in late 2022 and 2023 (and talking loudly about those predictions), think again.