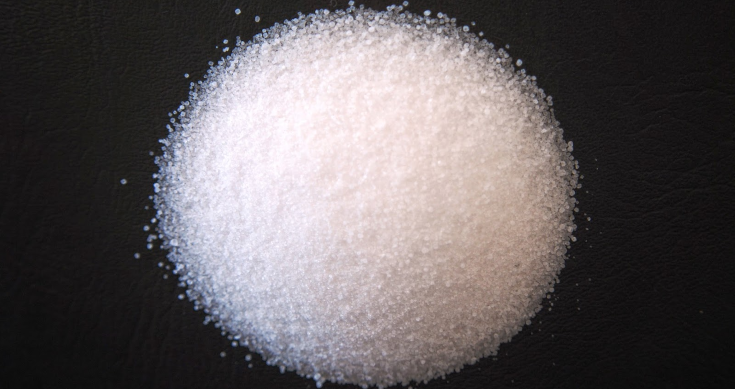 A new chapter is opening in Australia’s rich history of mineral endowment, as an emerging group of producers bring on-stream deposits of organic sulphate of potash (SoP), a premium fertiliser product.

The Western Australian producers are tapping into potassium-rich brines formed by rainfall over millions of years, carried through palaeo-channels below what is now desert, that have formed under old salt lakes. These large brine resources are ideally suited to produce a high-quality organic SoP product, which – although it represents only about 10 per cent of the global potassium fertiliser market, is definitely at the premium end.

“Every plant product that you buy in the fresh-food section of the supermarket, or the deli – the leafy green vegetables, the tomatoes, avocados, berries, tree nuts, coffee, cocoa, even cut flowers – is a plant that cannot tolerate chlorine,” says Keren Paterson, managing director of SoP project developer Trigg Mining (ASX: TMG).

“Most of the fertiliser market uses muriate of potash (MoP) which is cheaper, but it is made up of approximately half chlorine andas such can’t be used in fresh produce where the chlorine would burn the foliage or the roots of the plants.  SoP has zero chlorine content and is therefore ideal for these products.”

Australia’s major broadacre crops – like wheat, barley, oats, rye – will likely continue to use muriate because the scale of the acreage currently prevents them using the higher quality but higher cost SoP, but “all the high-nutrient produce cannot”, says Paterson. “All the flavoursome things – your smashed avocado on toast at breakfast, your coffee, your salad for lunch, your glass of wine at the end of the day – they need SoP.”

Australia currently imports all of its SoP requirement, about 63,000 tonnes a year, but the nation’s food producers are “demanding” a local supply, Paterson says.

“There’s a couple of things happening here. Firstly, the whole ‘Master Chef generation’ is just so much better educated now about high-quality food, where it comes from, and how it is produced. It is not too much of a stretch to envisage discerning consumers wanting to know how it’s been fertilised. And this is where our product comes into its own,” she says.

“Secondly, most of the farmers we’ve spoken to would prefer to use local organic SoP over muriate but the higher SoP cost prevents this,” Paterson says. “However, if that organic SoP is produced within Australia, the overall cost to the farmer will reduce as there is no logistical cost to ship end product in from overseas. This can ultimately be a game-changer in the industry as greater use of SoP can have a profound impact on their crop yields.”

SoP contains potassium and sulphate, both of which essential nutrients in high-quality fertilisers that protect food crops from disease and pests, and improves water retention, yield, taste and appearance. But because supply of natural sulphate of potash is limited, most of the SoP product currently used in the world is derived from a secondary chemical process, called the Mannheim process, in which muriate of potash (containing chlorine) is combined with sulphuric acid and heated to 800 degrees Celsius in a furnace, to create an industrially manufactured version of sulphate of potash, with a by-product of hydrochloric acid.

“There’s about 1.2 tonnes of hydrochloric acid created for every tonne of SoP. And that’s a highly corrosive acid, it can’t be stored, and it doesn’t have much of a market, especially compared to the sulphuric acid market,” says Paterson.

“So, you need to build a Mannheim plant either near a consumer of hydrochloric acid, or near a limestone quarry, to neutralise it, and then manage it environmentally. It’s environmentally taxing both from an energy perspective, to deliver all that heat, and then from a waste product perspective, being hydrochloric acid. By virtue of all the energy used, the Mannheim process is emissions-intensive, too.”

In short it is not an ideal way to deliver an end product SoP when it can be produced much cheaper as an organically and environmentally friendly product via brines here in Australia.

“As both food consumers and the agriculture sector become more aware of the need to map the provenance of the food, it is naïve to think that where the fertilisers are coming from will not be part of their thought process,” Paterson says. “Do you really want to be giving consumers a choice of a chemical SoP made from the Manheim process in China or Morocco, or of totally natural and sustainable Australian outback solar-evaporated SoP?”

“Consumers increasingly understand that false choice and are actively looking for sustainable solutions that help to de-carbonise agriculture,” she says. “Commercially, you would look at the Australian sulphate of potash story as an import replacement story, first, and thereafter as a potential export story. And it certainly stacks up on those grounds. But a lot of consumers – and farmers – are far more conscious of the carbon impact of the production of food than ever before. Imported fertiliser immediately creates a very large carbon footprint for food, before it is produced – even if it’s grown in Australia.”

These considerations are part of the “thematic drivers” into which SoP taps. A growing world population, a consequent global reduction in arable land, and the rising use of fertiliser are huge tailwinds.

“To feed that growing population, a lot of food is going to be produced in increasingly intensive agricultural applications, through hydroponics (growing crops without soil, by using mineral nutrient solutions placed in the water supply) and ‘fertigation,’ or fertilisation delivered through the irrigation system,” says Paterson.

All of which augurs well for Trigg Mining, which wholly owns the Lake Throssell and Lake Rason SoP projects in Western Australia. Lake Throssell is a large, high-grade SoP project and drilling has identified brine returning samples of up to 12.93 kg/cubic metre SoP, with an average grade of 10.01 kg/cubic metre SoP. For those that do not understand SoP grades, this is a high grade deposit.  The maiden resource for Lake Throssell totals 14.2 million tonnes of drainable SoP at 4,638 milligrams per litre of potassium (or 10.34 kilograms per cubic metre of SoP).

At the nearby potential satellite project, Lake Rason, the inferred mineral resource is 6 million tonnes at 5,080 mg/litre SoP equivalent. Combined, the two projects give Trigg Mining a total mineral inventory of more than 20 million tonnes of SoP – enough for a multi-decade operation – with big exploration upside to boost that figure even further.

Paterson says the infrastructure endowment of the project is highly beneficial to the economics, with a nearby railhead at Leonora to move product to market, a choice of port locations (Esperance, Perth or Geraldton) and the imminent upgrading of the 2,800-kilometre Outback Way into Australia’s third transnational highway, running right past the company’s mine-gate.

With its recent $3.2 million rights issue significantly over-subscribed – and a “top-up placement” to garner an additional $250,000 implemented – Paterson says Trigg is now well-funded to complete a JORC Indicated Mineral Resource estimate and then a Scoping Study at Lake Throssell.

Paterson says Trigg is “only scratching the surface” at Lake Throssell, which has placed it front-and-centre of Australia’s newest mining industry, SoP. But strangely enough, she says, a lot of the company’s staff see SoP as more than a mining industry – she says Trigg Mining has attracted ‘a lot of people who want to connect with a purpose-driven company, that’s going to play an important role in Australia achieving food security.’

“This project has multiple attractions for the consumer and the investor, as a value-added product. It’s sustainable production for sustainable agriculture for sustainable food supply, and nutrition. It’s better for the soil on which it is used, which means it’s better for our future, because we will be able to maintain those soils for longer, for production in the future. This project ticks all the boxes – I can’t find one that it doesn’t tick,” Paterson says.