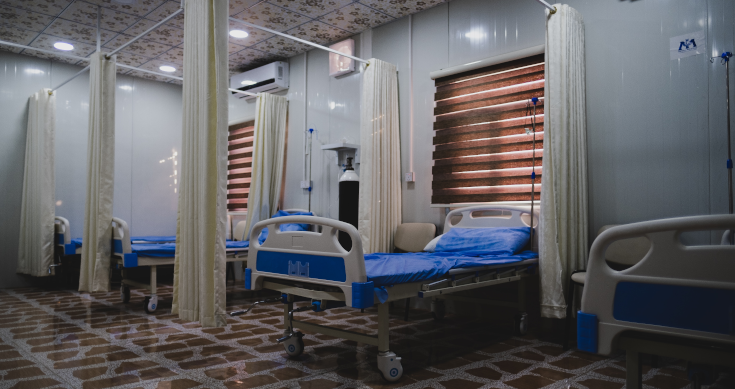 Hospital operator Ramsay Health Care has bumped its offer for UK healthcare company Spire by a tiny amount to try and win the deal.

Ramsay said on Tuesday in a statement to the ASX that it will now offer from 250 pence a share up from 240p.

Despite the increased takeover price, shares in Spire fell more than 2% by the close on Monday, ending at 242.5 pence. The shares fell a further 0.7% to 239.25p in early trading Tuesday, London time.

That discount to the offer price is usually a sign investors reckon the deal is done.

The move came after some big Spire shareholders expressed reluctance about the deal, claiming it undervalues the group. One still opposes the bid.

If successful the takeover will see Ramsay become the largest private hospital operator in the UK and the Spire shareholders want a higher price to reflect that (ie they want to get some of the future profits Ramsay will earn from that dominance).

In a statement to the London Stock Exchange, Spire said it was pleased with the upped offer.

Ramsay said on Tuesday the new offer is now final and it will only be drawn into further negotiations if a third party enters the ring with a new takeover offer.

While Spire’s board unanimously recommended that shareholders vote in favour of the takeover. However, one shareholder, Toscafund, knocked back the increased offer, according to UK media reports.

A Toscafund spokesman said “This new offer continues to substantially undervalue Spire as shown by the valuations provided by Glass Lewis and we will be voting against.”

Ramsay chief executive Craig McNally said in the same statement that the deal was fair and reasonable and “provides Spire shareholders with the ability to realise a premium on their investment in the near term”.