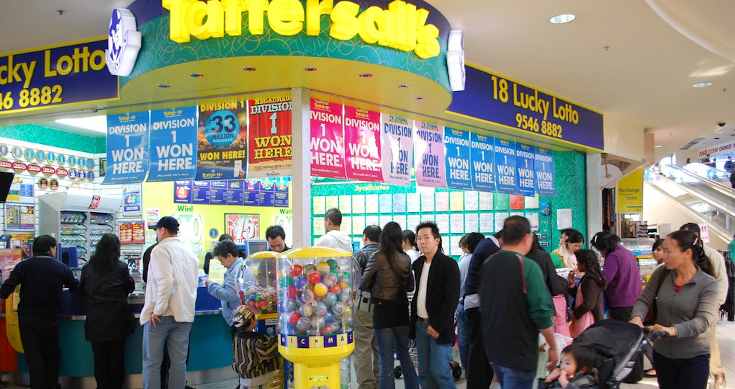 Gambling giant Tabcorp has finally accepted that its merger with Tatts four years ago has been a capital-wasting dud by confirming it will spin-off its lotteries and Keno business from its struggling wagering arm and list it as a new company on the ASX.

Tabcorp and Tatts merged in 2017 in an $11.3 billion deal that destroyed around $4 billion in the merged company’s value up to October 2020 when Tabcorp took a $1 billion loss (adding to the dud nature of the deal)

The share price hit a low of $3.28 in early November, 2020, several weeks after the company’s annual meeting and a weak trading update. It jumped to $4.06 four days later on media speculation of bidders eyeing off parts of the company.

Because of the emergence of offers for the wagering business, starting with UK group Entain and then others the company announced a review of itself on March 29 of this year.

That saw all sort of speculation, attracted interest from bidders in the UK and US with offers of $3 to $3.5 billion for the wagering business, all of which were put off Tabcorp completed its review and decided what to do.

The share price gradually rose to a most recent high of $5.31 on June 18 as investors speculated about a sale of the wagering business and a big capital return or fat dividend for the luck shareholders

The offers for the wagering business were rejected – they can bid for the separate company or significantly lift their offer price to get back in the game – and the lotteries business will be the new Tabcorp going forward.

Investors made their mind up about the decision and pushed Tabcorp shares down 4.4% yesterday to $4.97. The punters, speculators and other greedy investors were attracted by the prospects of multi-billion dollar sales, some capital management, such as a big dividend or capital return.

In Monday’s statement, Tabcorp chair Steven Gregg said his board had concluded a demerger of lotteries and Keno was the best and most certain path to maximise value for shareholders.

“The foundations have been laid for Lotteries & KenoCo and Wagering & GamingCo to deliver long term growth,” he said in Monday’s statement.

“The two businesses are expected to be leaders in their respective markets, creating great experiences for millions of customers.

“They will both build on their heritage of sharing the benefits of their commercial success with governments, the racing industry, licensed venues, newsagents and other retail and business partner.”

Tabcorp said a sale of the wagering business would need to clear several complex legislative, regulatory, competition and racing industry hurdles which would take an extended period of time and have an uncertain outcome.

Notwithstanding that, the company left the door open to considering a sale if one of the bidders returned with a new offer that delivered “sufficient value and certainty for Tabcorp shareholders”.

Meanwhile Tabcorp said it would continue to engage with BetMakers (which launched an odd $1 billion cash and $3 billion worth of its shares bid that went nowhere) about “potential commercial opportunities in international markets”.

The two new companies will be:

The Board intends to facilitate the demerger of Lotteries & Keno into a separate ASX-listed entity (Lotteries & KenoCo), while Wagering & Media and Gaming Services will remain in the existing listed Tabcorp entity (Wagering & GamingCo).