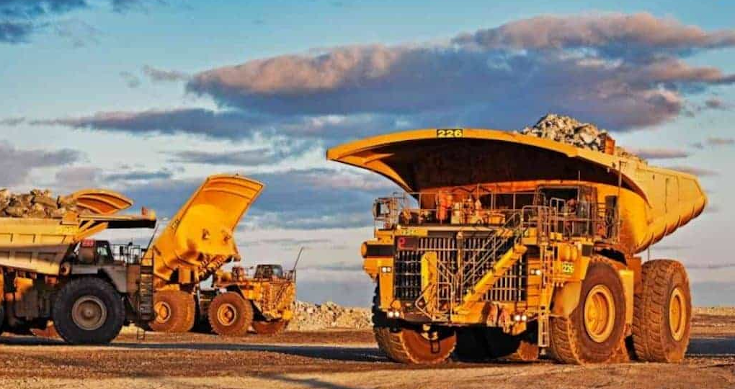 A sense of relief from investors in Newcrest Mining yesterday after the company said that a ‘seismic event’ at its Cadia gold/copper mine in central western NSW in the early hours of last Friday had not damaged the mine and would not hit 2021-22 results or operations.

Newcrest said in a statement to the ASX that the event “is expected to have no impact to gold or copper production in FY22.”

The company said the small event (really a tiny earthquake) hit early Friday morning and forced the temporary slowing of activities at the mine.

It’s the third time in as many years Cadia has been shaken by a small quake – the two previous occurrences were in July 2018 and April (Good Friday) 2017.

The latter saw Newcrest get over $US150 million in insurance payments for the delays to production and loss of revenue and profits.

Newcrest said what it called a “localised seismic event occurred in the Eastern end of Panel Cave 2 at the Cadia operation” at 2am Friday.

“No injuries were sustained and, in accordance with standard operating procedure, all personnel working in the affected area were accounted for and safely returned to surface. Mining operations in all other areas, development activities and above-ground operations all continued uninterrupted.

“Inspections have been conducted which have confirmed that past investment in ground support has been effective in preventing damage to infrastructure, with only localised damage to the roadways and ground support near the junction of two extraction drives, and minor ground support damage to a nearby ventilation rise.

“Newcrest has been working with the New South Wales Government Resources Regulator and a Prohibition Notice has been established around the affected area only. A geotechnical report will be sent by Newcrest to the Regulator (yesterday) for approval to commence rehabilitation activities in the affected area.

“Surface operations have not been affected by this Prohibition Notice, nor have other areas of the Cadia East mine and there have been no impacts to panel development activities,“ Newcrest said in the statement.

While the company says hold and copper production will not be affected in the current financial world, the statement’s talk about “rehabilitation activities in the affected area” does indicate some minor damage and costs, but probably at a very low level.