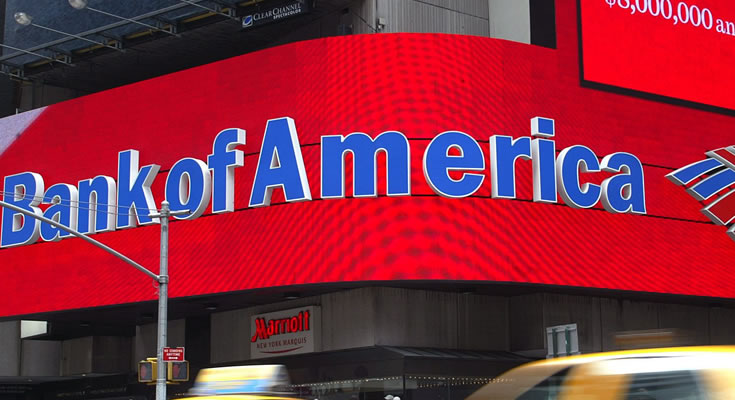 In a move that will see analysts draw hasty comparisons with the situation in Australia banking, the US Federal Reserve has eased restrictions on America’s major banks which will allow them to boost dividends and resume buybacks.

The decision follows the latest stress test on the country’s 23 biggest banks which found they could withstand almost $US500 billion in losses and still have enough capital to meet regulatory requirements and continue in business.

Bank shares popped after the release; a key stockmarket banking measure (the KBW Index) rose 1.5% in after-hours trading, setting up a strong day on Friday.

US analysts expect banks like JPMorgan Chase, Bank of America and Goldman Sachs will be able to pay out more than $US100 billion together over the next four quarters.

The Fed will announce the new requirements for the various banks after wall Street trading ends at 4pm New York Time on Monday (6am Tuesday, Sydney time).

Most banks will announce the size of their buybacks and dividends in the wake of the Fed’s announcement.

With some local banks – the Commonwealth in particular – approaching their financial year balance date on June 30, local banking analysts will extrapolate the US situation and claim our majors – CBA, Westpac, ANZ and NAB – are in a position to do buybacks because they all have more capital than they need.

Certainly the expectation is for the local banks, led by the big four, to significantly boost dividends to shareholders for their 2020-21 financial years.

But they will have to get approval from key regulators like ASIC, APRA and the Reserve Bank.

In a statement late Thursday, the Fed said the stress test found 23 of the largest banks would suffer a combined $US474 billion in losses under a hypothetical severe downturn, but that would still leave them with more than twice as much capital required under Fed rules.

As a result, the Fed will lift restrictions on buybacks and dividends it had put in place at the onset of the Covid pandemic in 2020.

The severity of losses each bank suffered under the test will be a factor in setting their new capital requirements and setting limits for future dividends and share buybacks.

The parameters for the test were tough. The big banks suffered heavy losses in the test, which saw the hypothetical unemployment rate surge to 10.75%, the stock market lose over half its value (a 55% slump in the S&P 500), and the economy contract by 4% driven by particularly heavy losses in commercial real estate (which didn’t happen in the pandemic).

That sounds a bit like what happened in early 2020 as the pandemic and lockdowns sent the US economy into steep decline, knocked Wall Street lower and pushed the jobless rate higher.

But as quick as that happened, the US (and other major economies) have surged out of recession with unemployment plunging and sharemarkets hitting new record highs.

But even then, the Fed said overall bank capital ratios only fell as low as 10.6%, more than twice the regulatory minimum.

Being the biggest banks, JPMorgan, Wells Fargo, Citigroup and Bank of America would have the largest losses — a total of $US204.4 billion under the stress test scenario.

“Over the past year, the Federal Reserve has run three stress tests with several different hypothetical recessions and all have confirmed that the banking system is strongly positioned to support the ongoing recovery,” Fed Vice Chair for Supervision Randal K. Quarles said in a statement. He’s the Fed official in charge of supervision of the banks and other financial group.

The Fed news came too late to have any impact on Wall Street, which didn’t really need any extra push as the Nasdaq and the S&P 500 indexes closed at record highs.

With massive fiscal stimulus helped the US economy grow at a 6.4% annualised rate in the first quarter (See below) investors had been banking on an infrastructure agreement that could steer the next leg of the recovery for the world’s largest economy and fuel more stockmarket gains.

The S&P 500 rose nearly 0.6% to end at a record closing high of 4,266.49, retaking its previous record from June 14 and fully recouping the losses triggered by the Federal Reserve’s surprise interest rate pivot last week.

Construction and mining equipment maker Caterpillar and aerospace firm Boeing both jumped more than 2%, helping lift the Dow higher at the end.

Driving the S&P 500’s gains on Thursday was Tesla.

Shares in the electric vehicle and battery group jumped 3.5% after CEO Elon Musk said he would list SpaceX’s space internet venture, Starlink, when its cash flow is reasonably predictable, adding that Tesla shareholders could get preference in investing.

Microsoft shares were up 0.5% and ended with a market value above $US2 trillion for its first time and joined Apple whose shares eased 0.3% with the market cap ending at $US2.232 trillion.

Initial claims for state unemployment benefits fell 7,000 to 411,000 for the week ended June 19, the US Labor Department said in its weekly update, but were still higher than forecasts from economists.

The US Commerce Department said in its third estimate that the American economy grew at an annual rate of 6.4% in the March quarter, unrevised from the second estimate published in late May.

The final estimate was up sharply from the 4.3% annual rate at the end of 2020 and economists now believe the current June quarter will see even faster growth – forecasts range from 7% to 12%.

Forecasts for 2021 as a whole are being revised higher – estimates for annual growth rates of 8% to 12% are now common.

The deal on infrastructure has economists boosting their estimates for US economic growth in 2022 and 2023.