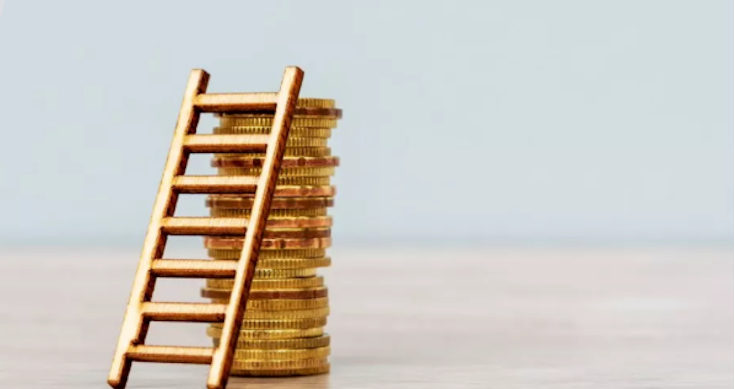 As humans we are hard-wired to be anxious when things are not what we expect. There’s a good reason for that. It protects us from danger. But it also means we are prone to over-react to information that is less important than it appears. Investors and journalists alike tend to give more weight to the unusual than the significant.

Last week’s inflation data may be the latest example. Or they may not. I don’t know any better than anyone else whether inflation will turn out to be a genuine problem, but I do know that it’s just about the most important question for us to be asking today.

If you are pre-disposed to worry that governments and central banks are cooking up an inflationary storm, there is plenty to feed your fears at the moment. Both the 9pc rise in Chinese factory gate prices and America’s 5pc hike in consumer prices were the highest since the financial crisis.

For now, both Fed chair Jay Powell and the bond market agree that there is nothing to worry about. The most striking aspect of last week’s unexpectedly punchy inflation reading was the sanguine response from fixed income investors. The yield on the 10-year US Treasury bond, which you would expect to rise in line with higher inflation expectations, has fallen from 1.75pc to 1.44pc since March.

Bond investors seem to have come round to the view, shared by both the Fed and the Biden administration, that sharp rises in the cost of flights, clothes, used cars and in some wages are a simple consequence of last year’s lockdowns and some temporary and fixable supply bottlenecks. For the doves, this month will be the high-water mark for inflation.

There are some reasons why bond yields are not the best signal of inflation expectations. There are plenty of buyers of Treasuries who are fairly price insensitive, including the US central bank itself, but the bond market’s relaxed approach does suggest that there’s a strong case for not panicking yet about a price spiral.

That argument is reinforced when you look behind the inflation headlines at the underlying data. The Cleveland Fed publishes a parallel set of numbers each month which tells a less worrying story on prices. These show that the median component in the inflation basket (the one which has as many items rising more as less quickly) rose in price by 2.1pc in May, less than half the headline figure. Stripping out the biggest outliers (the top and bottom 8pc of components) gives an inflation reading of 2.6pc, just over half the headline rate.

When it comes to wages, too, while there is plenty of anecdotal evidence of companies struggling to find the right workers and being obliged to pay up to attract them, the reality is a bit more nuanced. Even after the sharp bounce back in employment in the US, the number employed remains 10 million short of where it would have been had the pre-pandemic trend continued. Worldwide, the International Labour Organization thinks the jobs recovery this year will still leave a 75 million shortfall compared with pre-Covid levels. Job creation won’t fill the gap until 2023.

While there are clearly some isolated pockets of rapid wage pressures, these are in areas that were particularly hard hit by the pandemic, such as in leisure and hospitality, where many workers have quite sensibly decided that there’s too little job security and retrained or simply looked elsewhere. Why go back to waiting tables when you can earn as much, more reliably, as a delivery driver?

So, the jury remains out on whether today’s price rises are transitory or the start of something more serious. Another key question is whether a bit of inflation is really such a worry. And the answer to that lies in what is causing prices to rise. When people fret about inflation, they tend to look back at the 1970s but the reality is that the backdrop now is very different.

A principal driver of inflation in the 1970s was a negative supply shock as oil prices soared. Companies’ costs rose while consumers’ purchasing power fell. The result was stagflation: weak output growth but sharply rising prices and unions fighting to protect their members with wage hikes to match. Today, by contrast, we face a positive demand shock as we both emerge from the pandemic and attempt to build back better, with greener and more sustainable infrastructure. The two situations are chalk and cheese.

But, and it is a big but, I still have a nagging fear that the inflation doves are taking a huge risk with the US, and by extension the global, economy. Joe Biden is pushing through spending plans that will deliver a federal deficit of nearly 17pc of GDP this year and 8pc next. At the same time, the Fed expects interest rates to remain close to zero until 2023. That may be the right thing to do in the short term, but the Fed seems determined to stick with its ultra-loose policy until the data are showing consistently higher inflation and employment levels. Given the lags between changes in policy and their consequences, that may mean that a change of direction is, by then, too little too late.

This is exactly what happened in the 1970s when the then Fed chair Arthur Burns let the inflationary genie out of the bottle by systematically ignoring red flags in food and energy prices, and later disregarding whatever else was experiencing inconveniently high price rises. You can dismiss some parts of the inflation basket as non-core and volatile but that doesn’t stop them being inflationary. Fifty years ago, the Fed allowed inflation to get out of control and forty years ago many millions of families paid a heavy price for the earlier policy error. We must hope it really is different this time.