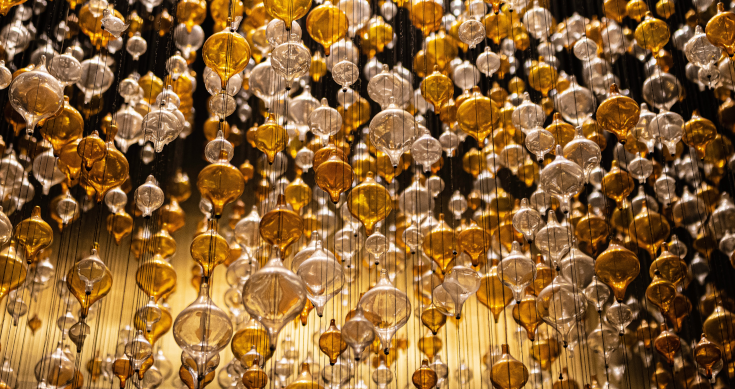 Gold shed $US110 an ounce last week thanks to the great Fed-driven rattling of markets over inflation and interest rates.

The US dollar had its best week for 15 months as it rose nearly 2% (on the index measuring the greenback’s performance against six other major currencies). That knocked the Aussie down sharply – relieving the pressures on the Reserve Bank about a strengthening currency.

In the end, the Aussie dollar fell by around two and a quarter US cents – from just over 77 US cents the previous Friday to 74.77 US cents early Saturday morning (Sydney time).

With inflation still on the agenda this week with the Fed’s favourite inflation measure – Personal Consumption Expenditure – to be released on Friday – gold faces more instability.

It was the biggest weekly fall since the end of the big Covid sell down in March, 2020. Gold futures are now back at levels last seen in April and there’s a sniff of a markets driven tantrum.

Gold bugs and others though wonder why markets shook last week. After all bond yields fell after the release of the Fed statement and went on easing on Friday with the 10-year Treasury yielding 1.438% at the close – down from 1.58% on Wednesday and the most recent high this year of 1.77% at the end of March.

In remarks to his media conference, Jay Powell, the Fed chair said that markets shouldn’t put too much stock in the central bank’s interest rate projections (via the so-called dot plot that suggested there could be two rate rises in 2023).

His exact quote was that these forecasts should be taken with a “big grain of salt” and yet investors ignored and spent Thursday and Friday getting really bent out of shape about something that might happen in two years’ time.

While the gold and silver (and the likes of platinum and palladium) could continue to languish at multi-month lows for a while longer, the bond market is sending a very difference message.

US bonds rose in price because investors worried about the outlook wanted safety. If that feeling turns, we could see big losses as bonds are sold off and yields spike higher.

Normally with economic growth strengthening you’d expect bond yields to be edging higher, especially after the Fed meeting. But they aren’t. The fall tells us (normally) that there is a spot of concern about the near future for the economy.

“Admittedly, the combination of a noticeably firmer U.S. dollar and higher yields poses quite a burden for gold. Whether it justifies a price slide on this scale is another matter, however. After all, gold had already fallen in recent days in anticipation of a possible change in direction on the part of the Fed,” said Commerzbank analyst Carsten Fritsch in a report late last week.

“Rate hikes in two years’ time are too far off to warrant any such slump in price, especially as yields are well below the expected rate of inflation.”

Powell promised that the Fed would communicate extensively on the timing of the tapering of the $US120 billion a month of bond buying to avoid a repeat of the 2013 tape tantrum (which was misplaced).

They see this starting at the Fed’s annual Jackson Hole meeting in August which has seen major policy changes revealed and explained.

Other commodities markets saw a sort of steadying on Friday after the kicking they took Thursday in the wake of last week’s Fed meeting and signals about higher inflation and interest rates.

Copper was the exception, following gold’s lead with a nasty fall of more than 9% for its worst week since March 2020.

The Comex price slumped thanks to the Fed’s comments and the front month price closed at $US4.12 a pound in late trading after settling at $US4.15 a pound.

On the London Metal Exchange (LME) copper was down 8% as well. Overall, metals on the LME fell an average of 5.6% over the week to Friday.

Nickel’s price was stable from its Thursday level, closing at $US17,154 a tonne on Friday.

Major soft commodities like corn fell more than 17% last week, wheat was down 2.8% and soybeans lost 12.8%.

Traders took heart from a Reuters report that OPEC expects a small rise in US oil output this year despite rising prices.

If this happens it would give OPEC and its allies more power to manage the market before a potential surge in shale output in 2022.

“Despite a complete return to pre-pandemic life in the US, energy companies are cautious over keeping their balance sheets in order and will remain disciplined over making commitments over new wells,” wrote Edward Moya, senior market analyst at OANDA.

“The oil market does not have to worry about oversupply concerns anytime soon and that is keeping crude prices supported despite a broad selloff with commodities.”

Including gas rigs, the total number of rigs in use in the US last week was 470, up 9.