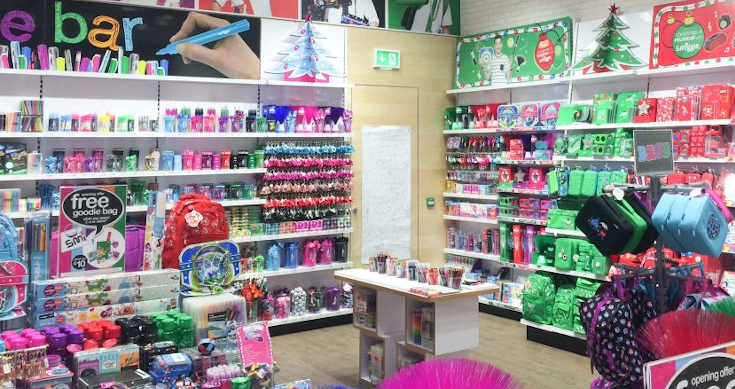 Due to cost control, including cheaper rents coupled with the quality and efficiency of its highly profitable online platform, Premier Investments ((PMV)) is arguably one of the biggest ASX-listed retail beneficiaries of the pandemic.

Despite store closures in the UK and Melbourne, sales over the first 18 weeks are 15.8% higher than the same period two years ago. Having run a continuum of strong sales throughout the covid recovery, Premier is now forecasting a near doubling of its full-year profits.

In a recent trading update, Premier revealed that its sales from the end of January, including milestone sales during the Easter holidays and Mother’s Day, were up 70%.

But despite the favourable retail backdrop being experienced across Australia, Smiggle stores in the UK and Ireland were closed throughout the March quarter. However, During April and May Premier reopened all 122 Smiggle stores in both countries.

Since then trading in these stores has been in line with management’s expectations. However in Asia, Smiggle remains severely impacted due to ongoing government mandated-covid restrictions which the company believes will continue until at least the end of FY21.

With Smiggle being a significant driver of valuation, uncertainty with respect to near-term performance, especially in international markets, supports Credit Suisse’s decision to retain a Neutral rating (target price $26.70).

Assuming there are no more lockdowns, Premier expects earnings (EBIT) for the 12 months to the end of July to be between $340-$360m, which represents an 82%-92% jump on last year’s earnings of $187.2m. Within its recent trading update, Premier also cited both strong demand for winter product ranges across all brands, and strong online sales growth.

Citi sees reduced promotional intensity as sales momentum continues, as the key driver of earnings upgrades, and expects 460bps of gross margin expansion in the second half FY21, and long term gross margins to be 90bps above pre-covid levels. As a result. Citi has upgraded retail earnings by 9% in FY21, and 11% in FY22.

The broker sees limited risk to the current environment of elevated consumer spending as international borders remain closed, and expects second half FY21 trends of strong sales to continue into FY22.

But at 20x underlying price to earnings ratio, Citi concludes investors are reliant on upgrades to longer term earnings to drive further upside, and maintains a Neutral rating on the company (target price $27.40).

The broker values the company at 24.1x FY23 earnings, a -15% discount to the broader market.

Due to this long-term rental rebasing, plus the impact of the higher margin online channel and brand competitiveness, Macquarie is confident Premier can deliver margins in FY22 and onwards in excess of those pre-pandemic.

Macquarie now expects the full second half FY21 gross margin to exceed second half 2020 and second half 2019 by 580bps and 380bps respectively. Macquarie interprets the depth of discounting lagging pre-pandemic levels to reflect the strong A&NZ performance.

The broker suspects the key contributors to this gross margin performance for the half are higher margin brands such as Peter Alexander, and an investment in high quality product. Macquarie also identifies growth in “highly profitable” online sales as another key driver.

While Jarden expects top-line momentum to slow, the broker also believes the margin mix should continue to improve as global markets for Smiggle such as the UK and Asia reopen, and retains an Overweight rating (target price $31.80).

But while earnings guidance implies a materially higher profit margin versus FY20, Credit Suisse suspects there is likely to be investor debate over the sustainability of elevated margins. Nearer term, Jarden sees key catalysts being consensus upgrades into FY22 on underestimation of the reopening benefit, further news of more wholesale doors for Smiggle, and likely currency tailwinds.

But in Credit Suisse’s view, while a gross margin is likely to normalise over time, a higher level online penetration is supportive of stronger profit margins versus pre-covid. The broker also notes Premier will incur an -$15.6m expense in second half 2021 related to repayment of JobKeeper payments.

Echoing similar concerns over gross margins, Bell Potter believes the ‘exceptional’ gross margin lift is a function of consumers being on a mission to purchase, with more savings. Bell Potter continues to focus on valuation on a normalised earnings base, which the broker believes fair, and retains a Hold rating (price target $26.10).

Goldman Sachs has also revised earnings forecasts to reflect the stronger higher margin sales, a more than expected number of stores in Smiggle and gross margin expansion in FY21. Overall, the broker increases FY21 earnings forecast by 12.0% and for FY22 by 2.5%.

However, with the shift to the higher margin online channel and the impact of rental rebasing, the broker expects margins post FY22 to exceed those pre-pandemic. Macquarie expects group online penetration to be around 17% of sales in FY22 versus 20% in first half FY21, 25.4% in second half FY20, and 11.7% in FY19.

Due to the shift online and lower rent-to-sales, Citi has also upgraded FY23 earnings by 4% on structurally higher retail earnings margins.

The consensus target combining six brokers on the FNArena database currently stands at $27.22, but Ord Minnett and Morgan Stanley are yet to respond to the trading update. Bell Potter, Goldman Sachs and Jarden are not monitored daily and therefore not included in FNArena’s consensus calculations.