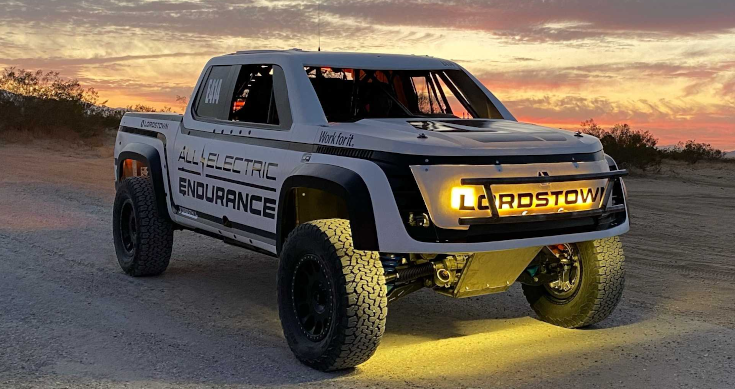 The first major casualty of the electric vehicle boom is fast approaching, with much-hyped US startup Lordstown Motors Corp losing its CEO and CFO only days after the company warned that it may not be a going concern without a major wedge of new capital.

The news of the loss of founder and CEO Steve Burns and Chief Financial Officer Julio Rodriguez is a body blow to the electric pickup maker’s ability to remain afloat.

It is not a good look when someone so intimately involved in the company’s history abandons ship for whatever reason as Mr Burns did on Monday.

Burns is Lordstown’s largest shareholder with a stake of more than 26%. General Motors has $US75 million invested in the company after selling GM’s Lordstown (pickup) truck plan to the start up for a nominal amount in 2019.

It was on Burns’ watch that the company was forced to acknowledge the accuracy of short seller claims of overstating the quality of pre-orders for the company’s electric trucks.

Lordstown however rejected claims from short sellers that it had overstated the viability of its technology and misled investors about production plans.

When it announced its deal to go public through a reverse merger last August, Lordstown said it had pre-orders for its Endurance pickup truck worth about $US1.4 billion.

After shortseller Hindenburg accused the company of misleading investors on the pre-orders, Lordstown said they were non-binding and has since said it has no binding orders.

Reuters said the company named lead independent director, Angela Strand, as executive chair to oversee the firm’s transition until the appointment of a permanent CEO and had named Becky Roof, who had previously served as interim CFO at numerous companies as interim finance chief of Lordstown, effective immediately.

Lordstown also revealed in a regulatory filing it has hired an advisory firm known for helping companies restructure operations.

The going-concern warning last week in a filing with regulators saw the company’s shares plunge 31%. Lordstown has tried to sooth investors’ concerns by saying it was in talks with multiple parties to raise funds.

In the filing, Lordstown said it has around $US587 million in cash and an accumulated deficit of $US259.7 million as of March 31, after a first-quarter net loss of $US125.2 million.

As a result of the cash crunch, Lordstown is “evaluating various funding alternatives and may seek to raise additional funds through the issuance of equity, mezzanine or debt securities, through arrangements with strategic partners or through obtaining credit from government or financial institutions.”

The company floated on Wall Street last October via a reverse takeover by a Special Purpose Acquisition Vehicle or Sparc.

“We are debt free, have significant tangible assets and multiple viable avenues to raise capital including asset-backed financing, equity, equity-related or debt financing, loans, as well as potential strategic investments over the longer term… We are already in active conversations with multiple parties to do so.”

With the CEO and chief bean counter gone, that will be a tougher task.