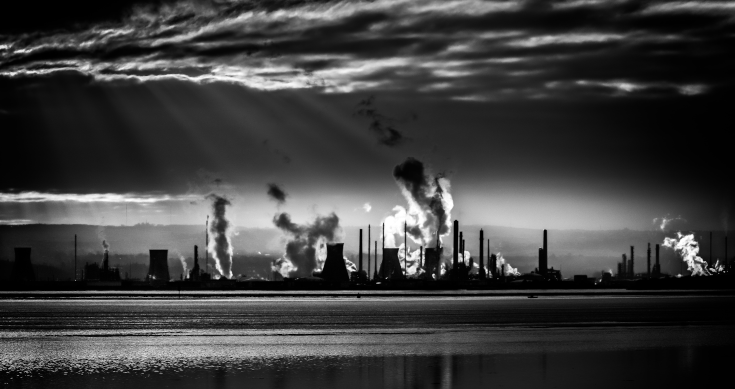 Those in the markets with short memories have started talking about the possibility of ‘oil at $US100 a barrel’ as prices continue to rise past $US70 a barrel mark.

The upbeat forecasts ignore the grim fact that every time oil is forecast to rise to levels hard to justify, prices eventually tank – as they did in 2014 and in April of last year when the pandemic slammed them to minus $US37 a barrel for US West Texas Intermediate crude.

The confident forecasts are being made because of the impact of the OPEC+ caps on production as global demand slowly recovers.

But eventually demand will regain re-Covid levels and according to oil’s boosters, prices will surge.

That of course ignores the rapid uptake of renewables which is destroying demand for oil and gas every day.

Still the bulls are really chasing oil at the moment with confident forecasts of future price rises close to the $US100 a barrel level.

Last week saw Brent and West Texas Intermediate close at more than two-year highs on Friday – Brent was up 1% at around $US72.60 a barrel and WTI rose 1.9% to end around $US70.91 a barrel.

With the Group of Seven leaders of the world’s biggest economies (excluding China and Russia) agreeing to continue stimulating their economies, oil prices and demand look like rising well into 2021.

And while the recovery in demand is grabbing headlines at the moment – the International Energy Agency said last Friday regaining pre-Covid levels will take longer than many expect and will not happen until the end of 2022.

And in doing so, the IEA says the need will be created for OPEC + countries to increase crude production and that “unlikely to be a problem”, according to the agency’s June Oil Market Report (OMR).

“Our first detailed look at 2022 balances confirms earlier expectations that OPEC+ needs to open the taps to keep the world oil markets adequately supplied,” the IEA said in its latest Oil Market Report.

“Global oil demand will continue to recover and, in the absence of further policy changes, by end-2022 reach 100.6 million b/d.”

(This is of course predicated on the continuing rise in vaccination levels and no more disastrous outbreaks of the virus in major economies).

“The recovery will be uneven not only amongst regions but across sectors and products. While the end of the pandemic is in sight in advanced economies, slow vaccine distribution could still jeopardise the recovery in non-OECD countries,” the agency said.

“Meeting the expected demand growth is unlikely to be a problem,” the IEA said. “Even after boosting oil production by around 2mn b/d over the May-July period, OPEC+ will have 6.9mn b/d of effective spare capacity.”

(OPEC last week said oil demand would rise by 6.6%, or 5.95 million barrels per day (bpd), this year. The forecast was unchanged for a second consecutive month).

The IEA expects supply from outside the OPEC+ group to rise by 710,000 b/d this year, while OPEC+ countries could increase production by 800,000 b/d “if the bloc sticks with its existing policy”. It expects global oil supply to grow at a faster rate in 2022 “with the US driving gains of 1.6mn b/d from producers outside the OPEC+ alliance”.

The US is forecast to add more than 900,000 b/d of supply next year (taking daily output back to close to 12 million barrels a day, with Canada, Brazil and Norway also contributing to the growth.

“That leaves room for OPEC+ to boost crude oil production by 1.4mn b/d above its July 2021-March 2022 target to meet demand growth,” the agency said.

“Even if OPEC+ producers were to fill the gap created by demand growth, the bloc’s output would still be more than 2mn b/d below the 2019 average”, while non- OPEC+ output will be “well above 2019 levels”.

The pace at which OPEC+ production cuts can be unwound will depend on the success in containing the spread of Covid-19, the level of demand growth, and the timing of the return of Iranian barrels to the market, it said.

Should US sanctions on Iran be lifted, an additional 1.4mn b/d could hit the market “in relatively short order”, the IEA said.