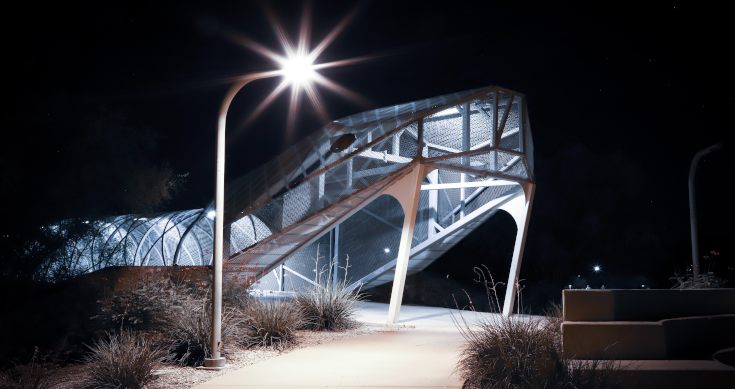 Contrasting market reactions to similar proposals from two companies that up to February last year were one.

Cardno spun off its testing business into a separate company called Intega and settled down as a standalone engineer and contractor, especially in the resources sector.

Yesterday both companies issued similar statements about ownership reviews with the support of their major shareholder – Crescent Capital Partners in both cases.

The different market reactions might have had a lot to do with Cardno revealed that it had receive multiple market approaches, while Intega was silent on this point.

“Intega is performing well, and the business is ideally positioned to benefit from the strong pipeline of infrastructure investment in the US and Australia.

“The business has significant organic and inorganic growth potential, particularly in our core US markets as well as adjacencies. The board however believes that the business is undervalued by recent prices at which Intega shares have traded on the ASX.”

“Additionally, the review’s objective is to evaluate options for maximising shareholder value – including exploring ownership options for Intega,” the chairman said in the ASX statement.

The company’s largest shareholder, Crescent Capital Partners, has supported the decision and Intega has hired Greenhill & Co for financial advice and Gilbert and Tobin for legal advice.

At yesterday’s close Intega was worth around $192 million so any successful deal would have to be pitched well above $200 million.

“Following receipt of a number of unsolicited approaches from interested parties, the Board of Cardno Limited has decided to commence a strategic review process with the objective of maximising Cardno shareholder value.

“This process will involve an assessment of Cardno’s strategic options and the alternative strategies available to unlock and enhance value for Cardno shareholders.

“There are no assurances that the Board will decide to pursue, nor that any transaction or transactions will result from, this review.”

Shareholders in both have been told they do not have to do anything at this stage.

The market reaction strongly suggests that there is interest in Cardno out there while Intega could be just along for the ride.

Meanwhile shares in National Storage emerged from Tuesday’s halt after the company raised the first part of its $325 million in fresh capital to continue its expansion.

The shares naturally fell on the resumption of trading to be down 2.4% at the close at $2.03.

“The institutional entitlement offer raised gross proceeds of approximately $260 million, with the majority of eligible institutional security holders taking up at least their entitlements,” the company told shareholders on Tuesday.

It has now opened a retail entitlement offer also at $2 a share on a 1 for 6.27 ratio and hopes to raise $65 million. That might be a big ask.

Still the shares remained above the $2 issue price despite the selling from big shareholders who took up the issue and wanted to lock in profits on their existing holdings and to raise cash to repay money borrowed to subscriber. The shareholders will buy in at a later today.

The accelerated non-renounceable entitlement offer was at $2 per stapled security – a skinny 3.8% discount to the last closing price of $2.08 on Monday, but seems to have been an accurate pricing for the demand.