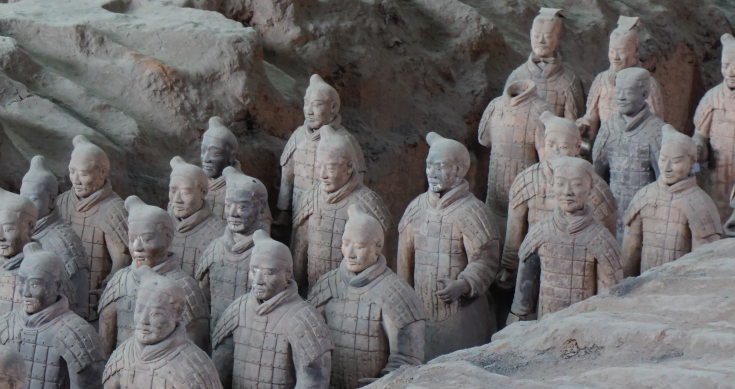 Supply pressures are continuing in the global iron ore market, undermining the strident campaign from the Chinese government to put a lid on the price of the key steelmaking raw material (and that of other commodities, such as copper).

Brazil’s iron ore giant, Vale, was forced to cut output by 40,000 tonnes a day on Friday as it curtailed output at two mines in the south of the country and an associated railway after a warning about the stability of a tailings dam.

Vale said there is no “imminent risk” of the dam bursting.

The reduction will make just a bit harder to push production and exports higher.

The export pace for May was still below what can be achieved, with shipments of between 30 million and 35 million tonnes from August to December last year. By way of contrast Australian exports are thought to have been around 75 million tonnes in May, up a fraction from April.

News of the small output cut in Brazil didn’t impact iron ore prices on Friday, coming too late to have any effect.

Iron prices fell on Friday on more market gossip that authorities in Tangshan remained split on the idea of exempting BOS steelmakers (Basic Oxygen Steelmaking) from the emission and capacity cuts announced in April and reinforced by several government edicts on new national steelmaking pollution and capacity rules going forward.

But analysts say the reality of the recent price action in iron ore shows is that China can only expect limited, and short-term, success in trying to drive down prices using measures that do little to cut steel output.

The best chance for lower iron ore prices comes from rising supply, and there are signs this is now being delivered. Chinese iron ore is of low quality than imports from Australia and Brazil.

Brazil cannot boost production fast enough and continues to suffer from fears of another disaster like the one in January, 2019 at Brumadinho and COVID continues to cause labour shortages and increased health costs.

Vale’s iron ore output totalled 68 million tonnes in the March quarter, 14.2% higher than in the same quarter of 2020. But it is heading for a total of around 85 million tonnes if output can be maintained at a 30 million tonne average for June.

China’s iron ore imports fell 3.5% to 98.57 million tonnes in April from March as shipments to the world’s top iron ore consumer from major suppliers were disrupted by weather problems off the Pilbara coast and in Brazil’s north.

Most other commodities ended the week with solid gains, thanks in part to the better-than-expected US jobs data for May, a weaker dollar and continuing upbeat news on the health of major economies.

According to the US Labor Department payrolls rose 559,000 last month, which was below the median market estimate of 670,000.

Both the dollar and treasury yields dropped after the report was released – the dollar ending down 0.4% and the yield on the key 10-year bond closing just above 1.55% and at a two-month low.

Oil rose, gold bounced back, as did copper, iron ore jumped 8% over the week and prices of other key materials also did well ahead of the release later today on the Chinese trade data for May which is like a scoreboard for consumption and demand in the sector.

Gold wobbled last week after jumping the most in 10 months in May to top the $US1,900 an ounce level on concerns that a faster economic growth could spur inflation, forcing governments and central banks to tighten policy.

That was still more than 3% lower than a week earlier and despite strike action which could impact two big Chilean copper mines controlled by BHP.

Also helping was the weekly data on US oil stocks – they rose a touch after a couple of weeks of rises. They fell 5.1 million barrels to around 479 million – still 3% under the average for this time of year.

The weekly rig report from Baker Hughes showed the first fall in the total number of rigs for six weeks.

The US drilling rig count dropped by one to 456 rigs in the week ended June 4, according to Baker Hughes. The count is up 172 units from the 284 rigs working this time a year ago.

Brent rose about 3% on the week while US West Texas Intermediate (WTI) crude was up nearly 5%.

Energy Information Administration data showed US oil production dipped to an estimated 10.8 million barrels a day from an estimated 11 million the previous week.

In fact, Thursday saw the copper price at its lowest since the last week of April on the LME.