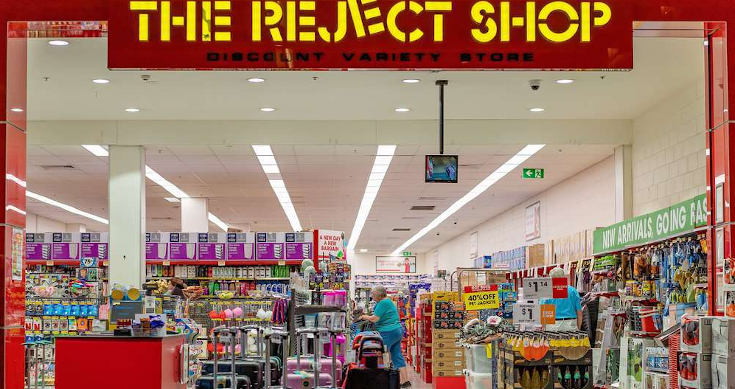 The one-off is slowly becoming a trend in retailing as more chains report weaker sales growth or even falls compared to the boom-like conditions of a year ago.

In fact, the slowdown in retail spending that Wesfarmers alluded to in its vague update on Thursday is certainly more definite in other retailers such as The Reject Shop (TRS).

The operator of a fleet of discount style $2 shops, The Reject Shop told the ASX on Friday that it was seeing a slowdown in sales in some of its inner-city stores.

That has seen the retailer lower June 30, full year forecasts for its yearly sales and profits.

The Reject Shop told investors on Friday that trade had continued to be challenging (Wesfarmers said “volatile”) over recent months, with weakness most acutely felt in the company’s inner-city and metropolitan stores. Coles has already seen this weaker growth in its supermarkets in April and Wesfarmers said it was showing up in some of its Bunnings, Kmart, Officeworks and Target outlets.

Comparable sales for the 48 weeks to the end of May were down 1.4% compared to last year, with CBD and shopping centre locations down 12% while the remainder of the network up 0.9%.

On top of this, Reject Shop said it was also having to deal with higher shipping costs due to COVID, particularly for international shipments. (There is also a continuing shortage of containers for outbound shipping from China to the rest of the world). This has forced it to order and hold more inventory to avoid shortages and out of stocks in some of its outlets.

“It should be noted that trading conditions remain unpredictable during June, particularly in light of the current COVID-19 lockdown in Melbourne and COVID-19 related restrictions in regional Victoria.

“Like many other retailers, The Reject Shop doesn’t expect sales to normalise until more of the population is vaccinated against COVID-19,” the company said.

Friday’s news of a new variant of Covid in Melbourne won’t help TRS and other retailers either or sentiment among consumers.

The continuing lockdown in Melbourne will add to the slide in its metro stories in that city.