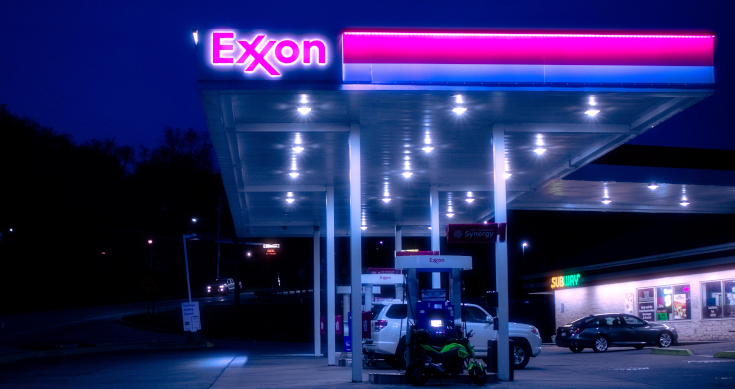 It is becoming clearer that the shock win by an activist investor’s assault on the board of Exxon Mobil has seen highly experienced people join the board of the world’s biggest non-government oil group – people who won’t be fooled by the tech talk of the incumbents or the management.

Exxon revealed late Wednesday that the third of four candidates from activist hedge fund, Engine No 1, had won a spot (easily as it turned out) on the energy giant’s board.

Exxon’s SEC announcement came a week after the company’s annual meeting and is still based on preliminary results.

But the winning margins for the three nominees from Engine No 1 are substantial and won’t be overturned.

Engine No 1 had gained two board seats at the meeting out of four nominated, with the position of the third nominee too close to call at the time of the meeting last Wednesday.

In fact, the third position vote was clear – 1.188 billion votes in favour of the nominee to just over 446 million against.

And the third candidate could very well turn out to be the driving force on the board to force the company towards a new green direction instead of plodding along in oil and gas.

It’s a sign of how out of touch Exxon’s board and management were that they nominated this trio.

The activist-backed directors who were declared winners last week are Gregory Goff, a former CEO of the refiner Andeavor who had a long career at Conoco Phillips, and Kaisa Hietala, an environmental scientist who was a senior executive at Neste, a Finnish refiner.

The New York Times points out that both have experience in biofuels.

The third is an experienced Washington player and environmental who currently works for Google.

The NYT pointed out that “Alexander A. Karsner, has strong environmental credentials and is expected to pose more of a challenge to senior management. Mr. Karsner’s election sharpened the investor rebuke of the company’s management, which has produced weak returns for about a decade.”

He is a senior strategist at X, a division of Google’s parent company, Alphabet, and has been an executive at various energy, technology and investment businesses.

“Companies he has worked at have built solar plants in Morocco. Between 2006 and 2008, Mr. Karsner was an assistant secretary of energy for energy efficiency and renewable energy during the Bush administration, the NYT pointed out.

“In that role, he supervised the Energy Department’s applied science programs and helped negotiate the United States’ re-entry into the United Nations Convention on Climate Change, which eventually led to the 2015 Paris climate agreement.

“He has been a member of the board of Conservation International, an environmental group that works to protect forests that absorb climate-warming carbon.

In other words, he has impeccable environmental credentials, business cred and is linked to the centrist elements of the Republican Party, where Exxon is anchored politically.

“We are grateful for shareholders’ careful consideration of our nominees and are excited that these three individuals will be working with the full board to help better position ExxonMobil for the long-term benefit of all shareholders,” Engine No. 1 said in a statement Wednesday.

Exxon’s management has emphasised the changes it is making to play its part in a lower-carbon future, including allocating $US3 billion for research around carbon capture and other emissions-cutting technologies.

But Engine No 1 maintained that Exxon was not moving fast enough ands that the appointment of two environmentally aware directors earlier this year were too little too late.

The defeat of Exxon’s proposed candidates suggests that shareholders are considering the oil giant’s place in a world that is shifting away from fossil fuels.

The win by Engine No 1 is also a big message to environmental groups – to get change you have to link with aware (not woke) investors, managers and executives and become a team, with no outlandish stunts.

Will the loud noisemakers among Australian environmentalists recognise the lessons from the way Engine No 1 went about storming what was till May 26, the most impenetrable board in corporate America and pulled off a stunning victory?