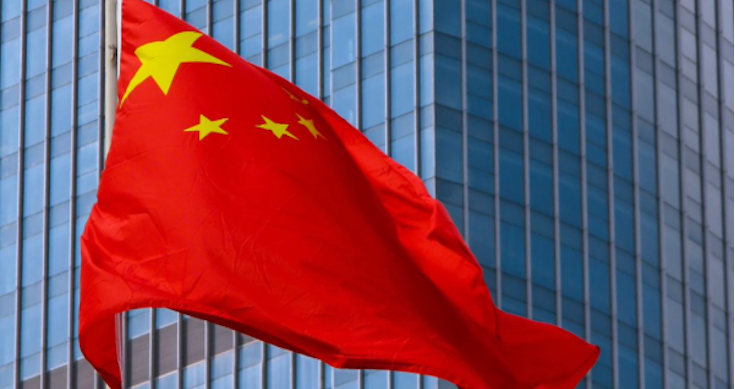 I’m a few days late in tipping my hat to Bob Dylan’s 80th. But he has a line to suit most occasions and this week it’s Ballad of a Thin Man’s ‘something is happening here but you don’t know what it is’. That’s what came to mind when I read about China’s recent clampdown on alleged speculation, fake news and hoarding in the commodities markets.

Just as Western governments pointed the finger at speculators in 2008 as the oil price spiked to nearly US$150 a barrel, the Chinese authorities are looking to apportion responsibility for price rises which threaten to dent the country’s growth as factory gate prices increase at the fastest rate in years. It’s understandable but it misses the point. There really is something important going on here, but it’s not what Beijing thinks.

Speculators are easy to blame. But commodity markets are not the place to make bets that are not backed by a strong economic case. The cost of holding physical commodities is high, so speculation in natural resources takes place in the futures markets and these are efficient. For every long there’s a short. Positions will only move prices to the extent that they reflect relevant information about supply and demand. Any that don’t will soon be met by a countervailing bet. Bubbles are short and self-defeating.

Far from increasing volatility, speculators actually reduce it by immediately factoring in new information before the official data catches up. Speculation allows small adjustments in price to pre-empt bigger shifts down the track. Goldman Sachs, in an interesting update this week on its commodities super-cycle thesis, highlighted the anomaly of onion futures, in which trading has been banned since the 1950s (after suspected manipulation of the market). Volatility in onion prices is consequently much higher than in commodities like corn where there is efficient price discovery.

China may be fighting the commodity price battle on the wrong front. During the last big commodity cycle in the decade after 2000, it was the dominant influence on commodity prices. Then Chinese demand was the swing influence as the country’s absorption into the global economy, infrastructure build out and urbanisation of its workforce fuelled massive demand for energy and raw materials. China is still the world’s biggest consumer of many resources, but it is no longer the marginal determinant of prices.

For the first time, the factors driving commodity demand and pricing are global in nature. Back in the 1970s, this was largely a US and European story. In the early 2000s, the focus was on China. Now, the drivers are observable to differing degrees the world over. There are three that matter.

The first is the shift away from austerity to free-spending, populist government. While the most important example of this is in the US, it is evident elsewhere, not least here in the UK for well-understood political reasons. Fiscal stimulus is being expressed through redistributive social policies which, as during America’s War on Poverty in the 1960s, are putting money in the pockets of the people most likely to spend it on resource-intensive consumer goods.

The second is the global decarbonisation impulse. This is no longer a nice to have for green-liberal Europeans but a focus in the two economies which really matter, China and the US. The irony of the ongoing renewable energy shift is that, while it offers a long-term solution to climate change, it will in the short term be extremely resource hungry. An awful lot of steel and copper wire is going to be needed over the next few decades.

The third driver is the consequence of three years of trade war and the pandemic’s reminder of the health risks of a globalised economy. More localised trade, clearly evident in Joe Biden’s US$2trn Made in America infrastructure spending plan, means more decentralised commodity demand and probably higher demand in aggregate as a less efficient but more resilient global manufacturing system is put in place.

The source of the commodity demand is an important guide to the world’s ability to weather rising prices. The rise of China in recent decades, and its more competitive labour costs, forced Western manufacturers to become more efficient in their use of energy and raw materials. These are consequently less important in the overall cost of sales mix and it is easier to pass on rises in commodity costs to the end consumer. Less efficient Chinese manufacturers are much more vulnerable to higher input prices.

There is incidentally a parallel here in the recent rise in agricultural prices. The surge in many food prices over the past year, partly weather-related, partly due to rising shipping costs, hits less developed countries harder because food there is less processed and so the underlying commodity price is more important. The portion of disposable income spent on food is also lower in richer countries so they can tolerate higher prices for longer.

All of which means that the trajectory for a broad range of commodity prices – energy, metals and food – remains upwards. The dip in prices that followed Beijing’s clampdown last week will most likely be a transitory pause for breath in an ongoing bull market.

Which is a reminder that market cycles are very often reprises not of the last one (the growth in credit that led to the financial crisis) nor even the one before that (the technology bubble that led to the dot.com bust) but one that most people only dimly remember. In this case that’s the commodity-led inflation of the 1970s. Sometimes you do need a weatherman to know which way the wind blows.