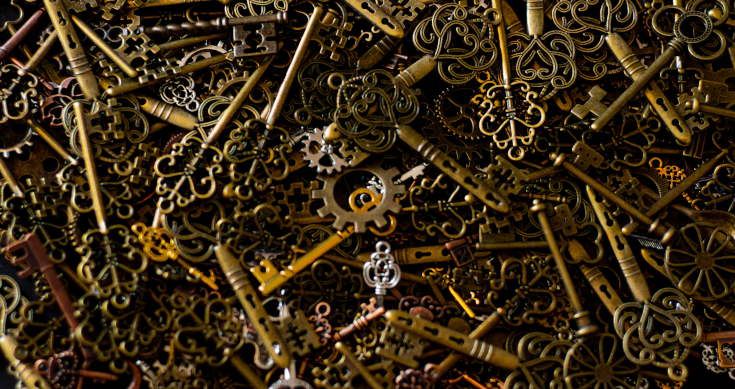 A mixed end to May: for most of the world’s biggest and most important markets, today’s Memorial Day holiday in the US (and one in the UK as well) means Friday was the final session for the month.

And that includes commodities – although Monday will still see electronic dealing for the US and normal dealing for Australia and other Asian based commodity and equity markets (such as in Dalian and Shanghai).

Gold rose above the key $US1,900 level on Friday, after data showed US consumer prices rising faster than forecast in April – 3.1% annually and a month on month rise of 0.7% in the key personal consumption expenditure inflation measure favoured by the US Federal Reserve.

That spooked some investors, but not in the bond market where the yield on the key 10-year treasury bond eased on Friday to 1.58%. That was down on the day, the week and over May and well below the most recent peak of 1.77% in late March.

Most investors still accept the Fed’s view that the current inflation spike will be transitory.

Gold prices have risen by nearly $US200 an ounce in the past two months and are up $US220 since its 2021 lows in March. Comex gold jumped $US130 an ounce in May alone.

Oil prices inched higher on Friday, with Brent near $US70 a barrel. Brent rose 0.27%, to settle at $US69.65 a barrel but US West Texas Intermediate (WTI) crude dropped 0.36%, to settle $US66.61 a barrel. Brent and WTI rose 3.5% and 4.3% respectively in May Based on Friday’s close for US investors. Brent will trade normally today (Monday).

The US drilling rig count increased by 2 units to reach 457 rigs working for the week ended May 28, according to Baker Hughes data. The count is up 156 units from the 301 rigs working this time a year ago.

US oil stocks totalled 484.3 million barrels, 2% below the five-year average while US production was estimated at an unchanged 11 million barrels a day.

Copper remains the star as traders ignored the pressure from the Chinese government to put a lid on prices.

Helping steady copper prices after they fell from the all-time high of $US4.88 a pound in early May, was the start of a strike late last week by 205 key workers who run parts of the Escondida and Spence copper mines in Chile controlled by BHP.

So far output has not been impacted and although the union is trying to block the use of substitute workers, BHP is likely to prevail.

London Metal Exchange copper traded above $US10,300 a tonne but faded to end around $US10.170 a tonne

Nickel and tin also starred on Friday and last week on the LME.

Nickel prices rose more than 5% last week (despite a weak session on Friday) while tin hit a decade high in rising 4.3%. All LME metal prices finishing higher than at the start of the week.

Tin also set a new year-to-date peak on Friday, of $30,960. Tin’s price was up to $30,749 a tonne on Friday at the close, a 2.8% increase from Thursday’s price, and a 6% rise since the start of the month, with the metal having closed at $US28,990 per tonne on May 4. Prices surged after earthquakes following a volcanic eruption in Congo disrupted exports of tin concentrate. It was up 2.8% to $30,749 in official activity.

And iron ore prices fell over the week despite tiny rises on Thursday and Friday (less than $US1 a tonne).

The week’s fall pushed the prices of 62% Fe fines and 58% Fe fines into a brief brush with bears (a 20% fall from the most recent high).