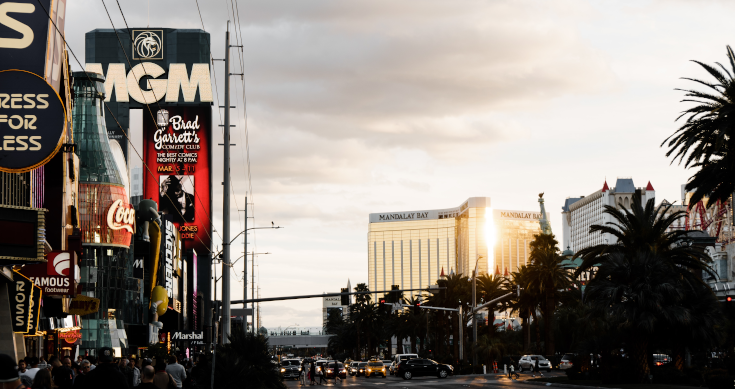 Predictably the usual cast of whingers and whiners have started to chirp about Amazon’s $US8.45 billion ($A11 billion) proposed purchase of faded Hollywood movie giant, MGM.

That’s the deal we told you about last week

It’s a big deal and will give Amazon access MGM’s huge library of films and TV shows and ramping up streaming video competition with rivals led by Netflix and Disney+.

And that competition is why the deal won’t hit many regulatory hurdles – the obstacles will be political in Washington and among Republicans in particular which have become anti-tech under Donald Trump.

Amazon still has legal action on foot after the Defence department awarded a cloud computing contract to Microsoft instead of Amazon which has maintained in numerous court appearances that its offer was cheaper and better.

Trump and Amazon founder, Jeff Bezos were at loggerheads, especially over his ownership of the Washington Post.

Media reports say the MGM deal will provide fuel for Amazon’s critics in Washington who complain it is already too big and powerful, but experts said the deal poses few classic antitrust concerns.

The New York Times and other outlets has already reported whines from people who claim the Amazon purchase is bad news for cinemas and film goers.

In terms of importance as a studio, MGM is a tiddler. It has already been cut and diced with other assets taken and sold off, leaving the studios behind.

Incidentally, back in the late 1980’s the corporate dodger, Christopher Skase (he once controlled the Seven Network but fled the country for Spain and resisted extradition) attempted to buy MGM but failed in 1989. The reason was not enough money which can’t be said about Amazon.

But in buying MGM, all Amazon is doing is joining other giant companies in the media.

Most major studios are already owned by big companies, some with streaming activities such as Warner Brothers, owned by Warner Media which is about to merge with Discovery. Warner (through HBO) and Discovery already stream.

Paramount is owned by ViacomCBS streams through Paramount+, Disney has Disney+ and ESPN+ and a couple of smaller streams and owns the huge Disney film studios; 20th Century Fox is owned by Disney as well. Universal is owned by Comcast which also owns NBC, Sky in the UK and is starting the Peacock stream from NBC.

Sony owns Columbia studios and has reportedly said these are not for sale.

There is in fact not much left for the likes of Apple to buy if they want to move deeper into streaming instead of its own original productions, with a few rights deals to increase the size of its offering.

Amazon has made it clear the MGM business was bought for the back catalogue of films and TV shows to try and match the vast offerings Netflix is amassing.

While the James Bond movies are included in the deal, there are rights still held by the Broccoli family (Cubby Broccoli was the original producer) which gives them the right to direct where the new Bond movies will be screened in cinemas.

The family issued a statement after the Amazon deal was announced saying the new Bond movies would be first released in theatres.

Amazon will own only 50% of Bond. The balance is held by Barbara Broccoli and her brother, Michael Wilson. Amazon though could make the duo even wealthier by making a killer offer for their interest in the Bond movies.

The siblings also have ironclad creative control, deciding when to make a new Bond film, who should play the title role and whether remakes and television spinoffs get made. (They have blocked such efforts in the past, according to the New York Times).

And Amazon will not be getting the rights to other classics Warner Bros now owns classic MGM films like Singin’ in the Rain, The Wizard of Oz and Gone With the Wind.

But it will have the rights to movie series including Rocky, and Tomb Raider. MGM also owns the Epix cable channel and makes popular TV shows including Fargo, Vikings and Shark Tank. Other movies include RoboCop, Moonstruck and The Silence of the Lambs. It also made the Handmaid’s Tale and Princess Bride.

Jeff Bezos, Amazon’s founder, laid out the rationale for the deal at the company’s annual shareholder meeting in the US on Wednesday (it was Bezos’ last as CEO. He steps down from the CEO’s role on July 5).

Bezos told the meeting that it was “premature” to name Amazon Studios as the fourth pillar of the company after its seller marketplace, cloud computing business and Prime, but it was working toward that milestone.

More than 175 million Prime members watched content on Amazon in the past year, and streaming hours were up 70%, he said.

That number makes Amazon Prime number 2 in streaming just based on total customers behind Netflix’s 208 million. But Netflix subscribers only pay for their streaming activities. Prime is a service business for Amazon and not every member streams, despite the seemingly high figure.

Amazon (unlike Netflix) has also moved into sport and bought the rights to stream games, boasting a long-term deal with the National Football League that was estimated to cost about $US1 billion per year (Thursday night will be Amazon NFL night).

It also has the rights to tennis and soccer in Europe and the UK. In Australia it streamed the Australian swimming championships on Prime Video earlier this year.

These are added content costs and available to Prime members (for a small fee). The Thursday night NFL game deal starts next year and will mean Amazon owns the rights to one of the top 5 weekly programs on American TV. NBC, part of Comcast (and the owner of peacock) already has the rights to the most watched TV program, Sunday night football (NFL).

The MGM acquisition is Amazon’s second-biggest after Whole Foods Market, which it bought for $13.7 billion in 2017. There were whines about that deal but Whole Foods has not done well under Amazon.