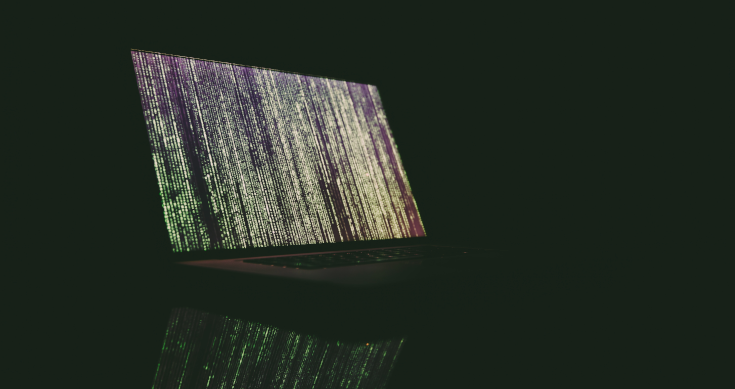 Eighteen months ago, Spirit Telecom (ASX: ST1) offered only high-speed fixed wireless internet, which transpired to be a hiding to nothing as it competed against the monolithic National Broadband Network (NBN).

Now known as Spirit Technology Solutions the company has undergone an acquisition and organic sales-fuelled metamorphosis, selling an array of I.T. and telco add-on services to small to mid sized business, enterprise and not-for-profit clients.

“We were a $20 million [a year] revenue business back then with about 1500 business-to-business (B2B) clients,’’ says CEO Sol Lukatsky. “Now our revenue proforma run rate is more like $140 million.”

Lukatsky dubs Spirit a ‘techo’ rather than a telco; in other words a hybrid of telco and IT offerings spanning managed services, cloud applications and cyber security underpinned by its own voice and (via Telstra) mobile staples.

The company sells via a combination of direct and wholesale channels as well as resellers and ‘white label’ arrangements (by which the client sells Spirit products under its own name).

Lukatsky says Spirit is taking advantage of the structural changes in demand that were evident even before Covid-19, but were accentuated by the pandemic.

“While many of Spirit’s customers have been won from a telco or managed service providers, 50 per cent of the work simply didn’t exist 12 to 24 months ago,” he says.

“For example, we do a lot of work for private schools who might need students to work remotely, via cloud infrastructure.

“Or we may have an accounting or legal practice using a virtual private network. But when half of their staff are working from home that arrangement is not secure, so we are moving them to a high speed internet connection via a secure cloud service.”

Combating cyber risks is a key area of demand, one solution being separating the networks into multiple components to lessen the impact of a breach.

“It’s like a submarine,” Lukatsky says. “If water gets into one compartment you close the doors off.”

Spirit this month finalised its biggest acquisition to date, the circa $50 million cash-scrip purchase of the privately owned Nexgen Group.

The deal was funded by a $23.8 million placement to institutions and sophisticated investors. To support the transaction the company’s banker, the Commonwealth Bank also agreed to lift the company’s debt facility by $10 million to $25m.

The acquisition more than doubles the company’s revenues in the small to mid sized enterprise (SME) segment and widens its ability to service all segments of the business market, “from SMEs to large corporates and government.”

Last year’s pandemic didn’t deter the company from making no fewer than seven acquisitions, including the cyber security provider Intalock and – in one fell swoop – the managed service providers Reliance IT, Beachhead Group and Altitude IT.

Management also knows when to hold ‘em and when to fold ‘em: as the company beds down Nexgen it’s also put its legacy consumer infrastructure business on the market.

Accounting firm BDO is carrying out a formal sales process for the business, which provides high-speed internet for thousands of residential customers in apartment buildings in Melbourne, Brisbane and the Gold Coast.

A result is expected by the end of August.

Lukatsky says the market will determine the sales price, but notes that at least 20 parties have expressed interest in the difficult-to-replicate assets.

In a May 18 update, Spirit reported robust demand for its products and services, with record volumes in April.

Overall revenue jumped 150 per cent to $35.7 million in the January to April period, compared with the previous corresponding period.

The Nexgen purchase lifts Spirit’s proforma revenue to more than $140 million annually, of which $65m to $70m is recurring. Nexgen adds 5500 data and voice customers, taking Spirit’s total complement to 10,500 business customers across a network of 350 resellers.

Lukatsky says as many of Spirit’s and Nexgen’s customers have only one service, there’s a big opportunity to increase this to two to three offerings.

Cross selling efforts will be bolstered when Nexgen starts selling Spirit’s IT and cyber security products later this year.

Lukatsky says Spirit “would have gone backwards” if it had remained an internet only business, given the tumbling cost of data and the difficulty of competing with the government-subsidised NBN.

“You will see data is getting cheaper and there’s price deflation,” he says. “We’re cash flow positive and growing because we have a hybrid mix of services.”

Rather than competing with the NBN head-on Spirit is now one of the NBN’s biggest resellers for its enterprise ethernet product.

“We are agnostic on which data we sell these days, because the internet service is simply the route for us to provide all the other over-the-top services,” Lukatsky says.

With a circa $200 million market capitalisation, Spirit commonly is compared with listed telco rivals including Over the Wire, 5GN and the bigger Macquarie Telecom.

They’re all ‘same but different’. In reality, Spirit is just as likely to compete with IT managed service incumbents such as IBM and Data3.

“Whatever the case, we’re fast growing we are taking competitive advantage of the structural changes in the market place,” Lukatsky says.