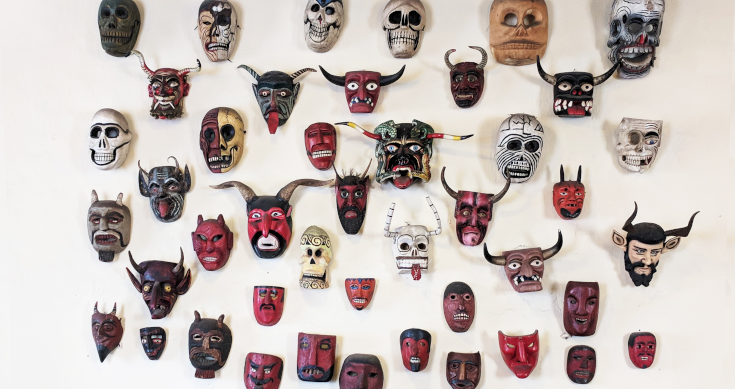 There will be some low-level economic data releases this week and central bank decisions, while in Australia it’s the start of the lead up to the release of the March quarter National Accounts and GDP figures a week this Wednesday.

Fears about inflation and the tottering health of the cryptocurrency market thanks to Chinese intervention will dominate financial markets again this week.

In New Zealand there’s a monetary policy decision this week from the country’s Reserve Bank. No change is forecast.

Australia will assess the release of the March quarter construction data on Wednesday and new capital spending figures for the same quarter on Thursday.

The AMP’s chief economist Shane Oliver says there should be a solid growth in construction and a 3% rise in new investment along with a further lift in business investment intentions as indicated by various business surveys.

Last week’s wages data for the March quarter and April jobs figures were not convincing. Wages remain weak and while new job numbers fell last month, it was the sluggishness in the labour force that suggests it is returning to pre-Covid normality.

Retail sales rose 1.1% in April, according to the preliminary estimate from the Australian Bureau of Statistics.

It was the first estimates of consumer spending since the end of the JobKeeper payments on March 28.

That was confirmed by the sharp rise in seasonally adjusted preliminary retail trade figures released today by the Australian Bureau of Statistics showed turnover was up 25.1% when compared to Covid-hit April 2020 when retail turnover fell to very low levels because of widespread lockdowns and social distancing.

All industries except department stores rose during the month, with similar rises for cafes, restaurants, and takeaway food services, household goods retailing, and other retailing.

Food retailing had the biggest rise in April, up 1.5% following falls in both February and March 2021.

NSW and Victoria led the state rises while a short lockdown in and around Perth in April saw a 1.5% fall for the state as a whole.

And the May flash business activity survey from IHS Markit showed a ninth consecutive month of growth in Australia.

Although the pace of expansion eased from the survey high in April, it remained one of the fastest seen so far despite signs of capacity constraints limiting output,

The flash composite output index, covering both services and manufacturing, eased from 58.9 in April to 58.1 in May. However, April’s flash PMI was the fastest rate of expansion for the Australian economy since the survey began in May 2016, and is one of only two occasions to have beaten May’s expansion.

Elsewhere there are only a handful of results locally this week – both Brisbane-based – Technology One and global testing group, ALS.

In the US, those fears about inflation the cryptocurrencies will continue in the coming week while there’s still a few retailers down to report their quarterly figures.

The major release is the second estimate of US GDP for the March quarter. the first estimate showed a rise of 6.4%. No change is expected.

The flash composite activity index for May was very strong, a record high of 68.1 in fact, confirming the US economy remains in surge-mode.

There’s also data on home prices, consumer confidence and new home sales (all due Tuesday), continued strength in durable goods orders and pending home sales (on Thursday) and the important monthly consumer spending and inflation data from the Personal Consumption and Expenditure report on Friday.

So called headline and core PCE inflation is awaited to give a better view of underlying cost pressures in the economy because this measure is the one favoured by the Fed.

The AMP’s Dr Oliver says that based on the stronger than expected CPI, the core personal consumption deflator for April (Friday) is expected to show a 0.8% month on month gain or 3% annual (the CPI last week was an annual rate of 4.2%).

US earnings results are expected to come from retailers like Urban Outfitters, Best Buy, Dollar General, Dollar Tree, Costco, Dicks Sporting Goods, Abercrombie and Fitch and Nordstrom and tech companies such as Dell, Salesforce.com, and NVIDIA.

Japanese jobs data for April will be released Friday. The composite flash survey of Japanese business fell in May, signalling the Japanese economy is back in contraction as the 4th wave of Covid infections worsens.

Although Japanese companies have benefitted from recovering consumption abroad, the country was in the midst of an intensifying fourth wave throughout April, which resulted in new restrictions being imposed in important prefectures such as Tokyo and Osaka, among others. Those lockdowns continue.

Economists say Japanese unemployment will come in around 2.8% from the 2.6% in March, with more to come for May.

Elsewhere in Asia, the central Bank Indonesia meets this week along with the RBNZ.

Both are expected to keep monetary policy on hold.