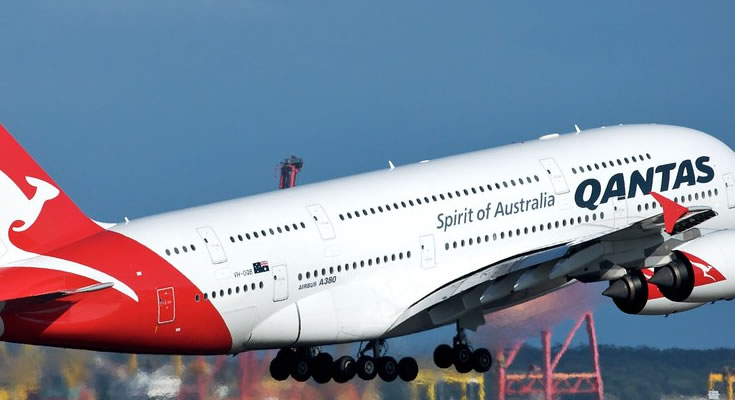 Not surprisingly, there’s more red ink at Qantas, with the airline forecasting a loss of more than $2 billion for the year to June.

But the airline told the ASX in a trading update on Thursday that it has stopped burning cash (using more money than it is getting in) and expects to be back to 95% of pre-Covid domestic capacity in the current June quarter.

But it has pushed back its restart of international flights to the end of the year from the previous date of October, even though the recent federal budget suggested – strongly – that there would be no re-opening until the middle of 2022.

Qantas thinks the re-opening will come quicker once most of the population have been vaccinated.

“No one wants to lose the tremendous success we’ve had at managing COVID but rolling out the vaccine totally changes the equation,” Qantas CEO Alan Joyce said.

“The risk then flips to Australia being left behind when countries like the US and UK are getting back to normal.

“Australia has to put the same intensity into the vaccine rollout as we’ve put on lockdowns and restrictions, because only then will we have the confidence to open up,” he said.

Qantas said it expects an underlying earnings before interest, tax, depreciation and amortisation of $400 to $450 million – which is not a real measure of profitability in this case because interest and depreciation are major charges for Qantas regardless of whether it is making a profit or not.

“Net debt levels peaked in February at $6.4 billion and are expected to be lower than they were in December ($6.05 billion) by the end of the financial year,” the airline told the ASX on Thursday.

“Liquidity levels remain strong with total funds of $4.0 billion, including cash of $2.4 billion and $1.6 billion of undrawn debt facilities as at 30 April 2021.”