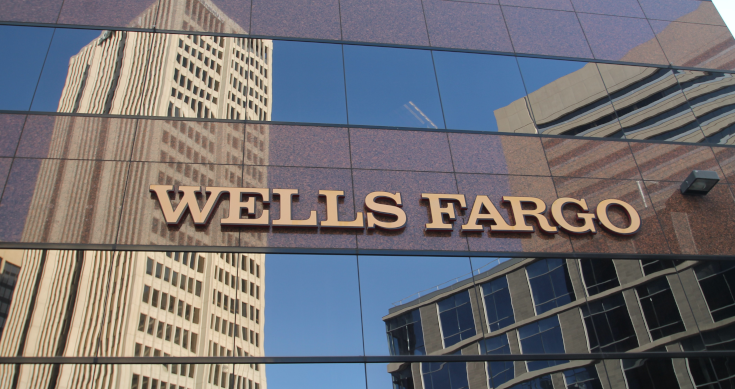 Warren Buffett’s Berkshire Hathaway has quit almost all of its stake in US bank Well Fargo that was once one of his so-called ‘pillar’ stocks (along with Amex and Coca Cola).

The sales have all but ended a 31-year investment relationship between Buffett and the bank he long regarded as the best run in the US.

In Berkshire’’s quarterly fund managers activity statement, filed with the US Securities and Exchange Commission (SEC) on Monday Berkshire revealed it now owned just $26.4 million worth of Wells Fargo shares.

That compares to a stake of $US32 billion in early 2018 – when Buffett wanted to increase the holding but the US Federal Reserve refused to allow the rise because of financial dealings (loans etc) between the bank and Berkshire.

Berkshire started reducing the size of Well Fargo stake because of the Fed’s decision, but the sell down accelerated after the bank was revealed to have been involved in dodgy sales practices of financial accounts and products.

The bank’s reputation was destroyed by revelations that employees facing aggressive sales goals opened millions of unwanted accounts, charged unnecessary mortgage fees and forced drivers to buy car insurance they did not need.

That was driven by Wells Fargo’s longstanding strategy of selling more products per customer, or cross-selling – a move copied by other US banks and elsewhere, such as in Australia where it held sway for a while at Westpac, Suncorp and the Commonwealth Bank, as well as the AMP.

The scandal saw fines by regulators, legal actions that were settled for large amounts of money from staff who were sacked unfairly, while the management and board of the bank undergo considerable change.

Wells Fargo paid $US3 billion in February 2020 to settle criminal and civil probes.

Berkshire’s SEC filing showed that the big shareholding in Bank of America remained steady in the quarter, so the Wells Fargo selling was not part of a re-rating of banks that Berkshire has done on occasions. It did sell a stake in a private credit card issuer. See below.

Berkshire began investing in San Francisco-based Wells Fargo in 1989, and spent at least $US12.7 billion on its shares, building a 10% stake. The stake had fallen to $US1.58 billion at the end of last December. Monday’s filing revealed it now holds just 675,054 Wells shares.

Buffett was right on when he told CNBC in February last year that Wells Fargo had a “dumb” incentive system and was slow to make things right.

“The big thing is they ignored it when they found out about it,” he told CNBC. “You absolutely have to attack a problem as soon as it occurs, and you know about it. And if that had happened, Wells Fargo shareholders would be a lot better off.”

Berkshire still owns shares of other banks, including Bank of America, its largest holding after Apple.

Wells Fargo still remains under a Federal Reserve directive barring asset growth until it makes sufficient improvements, three years after it was imposed in February, 2018.

Wells Fargo shares ended trading on Monday at $US47.90. That has more than doubled since last October in the global re-rating of bank stocks as the Covid pandemic eased.

But the shares are still 28% below its January 2018 peak when Berkshire’s holding peaked.

While selling off most of its Wells Fargo holding, Berkshire’s SEC filing also showed a steady stake in Apple (and Bank of America, Amex and Coca Cola) but there were changes elsewhere in the $US245 billion portfolio in the March quarter.

The most notable purchase was a $US943 million stake in the insurance company Aon Plc. It also added to its stake in Aon rival Marsh & McLennan, which now totals 5.3 million shares.

Both investments are intriguing because insurance is one business Berkshire and Buffett really understand and are global (and US) leaders in areas such as re-insurance.

Aon is awaiting regulatory approvals to buy Willis Towers Watson Plc for about $US30 billion and create the world’s largest insurance brokerage, ahead of Marsh.

Berkshire nearly doubled the size of its stake in grocery store chain Kroger to 51 million shares, up from 33.5 million.

The company also added to its relatively new stake in Verizon to give it nearly 159 million shares, up from 147 million three months ago when it first revealed the investment.

Three months ago, Berkshire disclosed a surprise $US4.1 billion investment in energy major, Chevron. That was cut to $US2.5 billion in the March quarter.

It also sold off a relatively smaller stake of about $US700 million in Synchrony Financial, an issuer of private label credit cards.

Berkshire also trimmed a number of its holdings during the quarter including drugmakers Abbvie, Bristol-Myers Squibb and Merck. Shares in General Motors, and Sirius XM were also sold.

Overall, Berkshire sold $US6.45 billion of equities and bought just $US2.57 billion in the quarter.

All US fund managers owning portfolios of $US100 million or more have to make filings to the SEC each quarter on activity. This doesn’t apply to so-called private or family office investors, such as the unlamented Archegos which collapsed in April with billions of dollars in debt and billions of dollars in losses forsome banks such as Credit Suisse, Nomura and Morgan Stanley.

Berkshire’s filings are followed by analysts, investors and other money managers for clues to what Buffett (and his managers) are thinking about investment trends or opportunities in the markets.