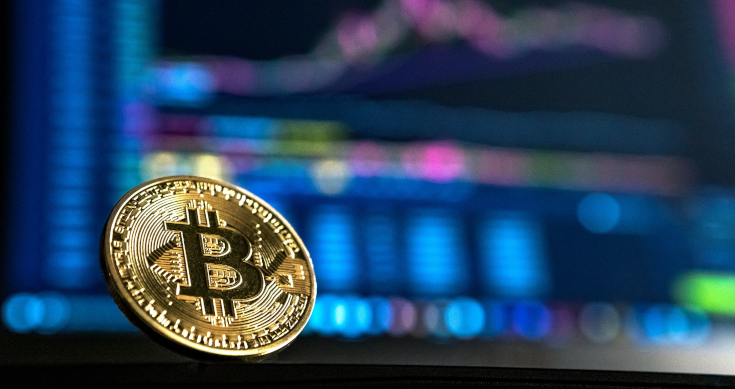 Elon Musk has replaced Donald Trump as the world’s most influential tweeter. Whatever you think of the controversial Tesla boss, you can’t ignore him any more than you could the former President.

Last week’s Twitter bomb saw Musk pull an abrupt U-turn on Tesla’s highly public support only three months ago for bitcoin, suspending plans for the electric car maker to accept the best-known cryptocurrency as payment and apparently rowing back from its use in the company’s treasury operations.

Like Trump, Elon Musk is nothing if not unpredictable so no-one should be surprised by this change of direction. But his latest comments raise some important questions for investors: about ESG, the role of cryptocurrencies, the outsized power of social media and where we are in the stock market cycle.

Tesla’s change of heart on bitcoin reflects a now well-understood flaw at the heart of the cryptocurrency. Mining, or creating, new bitcoins is an environmental disaster thanks to a so-called ‘proof of work’ mechanism that employs huge banks of super computers running strings of complex calculations to solve increasingly challenging mathematical puzzles.

You don’t need to understand these algorithms, only that they are essential to capping the number of bitcoins in circulation at 21 million, which is a key plank in the case for bitcoin as an alternative currency. What you also need to know is that it requires massive amounts of electricity to run the calculations. Unsurprisingly the computer farms tend to be located where power is cheapest and, unfortunately, that tends to mean in places where dirty coal-powered electricity generation still dominates. In China mainly.

Tesla and Musk have come in for widespread, and justifiable, criticism for supporting a mechanism which alone accounts for more CO2 emissions than Singapore. So, the first conclusion from last week’s reversal is that no-one can ignore environmental, social and governance concerns anymore. They are perhaps the single biggest financial risk facing investors.

This is a good thing, but it also massively complicates the business of investing because it shows the importance of thinking deeply and laterally about every company in which you invest. Tesla is on the surface an obvious investment for an environmentally concerned investor. Its electric cars are part of the solution, after all. But when you consider that a US$100,000 investment in bitcoin might by itself double your personal carbon footprint, Tesla’s decision in February to invest US$1.5bn in the cryptocurrency takes on a darker significance.

It is ironic that many of the people who are so vocal about the evils of financing climate change through investments in, for example, the oil majors are so enthusiastically embracing an investment that looks equally suspect from an environmental perspective.

The second question arising from Elon Musk’s recent comments is whether cryptocurrencies can have a serious role to play in the world’s financial infrastructure as long as they remain so volatile and speculative. When Musk announced Tesla’s purchase of bitcoin three months ago, the price rose by 15pc; last week’s backtracking saw it fall by 6pc. For a currency to act as a store of value, it requires a far greater degree of price stability than bitcoin has demonstrated so far. Imagine if the dollar or pound were to fluctuate by 5-10pc a day. No-one would risk these stomach-lurching swings in the value of their assets or liabilities, particularly corporate treasurers with a fiduciary duty to look after the value of their shareholders’ cash.

A viable currency also needs to be a means of exchange. Although there has been an increase in payments using cryptocurrencies in recent years, the volumes remain tiny. And that is unsurprising – five years ago a well-known financier used bitcoin to buy a US$1.6m property in California. Had he held onto his coins, they would be worth more than US$100m today. With those kinds of swings, no-one is going to risk either spending the coins or, after a big rise in price, accepting them as payment.

The third observation in the wake of Musk’s tweet last week is that social media has a worryingly large influence on financial markets today, particularly in the murky investment periphery where day-traders, discussion boards, crypto and meme stocks come together so unpredictably.

The line between expressing an investment opinion and crossing regulatory red lines is increasingly blurred and the watchdogs are failing to keep up. Tesla’s profit from its recent partial sale of bitcoin offset the losses it incurred in its day job of building electric cars. Nothing wrong with that I’m sure, but if I were to buy a share, enthuse about it on Twitter and then promptly sell it, I would expect some scrutiny.

When I wrote a week ago about the importance of fixing the roof while the sun shone, I did not realise that the volatility I was concerned about would arrive so soon. The Tesla/bitcoin development is only part of the story of course. Concerns about inflation pose a greater threat to the markets than the speculative crypto bubbles swirling around in a part of the market that most of us are happy to be watching not participating in.

But it all feels a bit too much like the late 1990s for my liking. Too much easy money chasing too many flaky investment ideas. A couple of anecdotes to illustrate this. Friends in Philadelphia recently sold their house on the edge of the city to move to a smallholding further out in Pennsylvania. It went within a day of putting it on the market. Another friend runs a construction business here in the south-east of the UK. He recently paid £650 for a roll of copper wire that cost £95 18 months ago. These are unusual times.