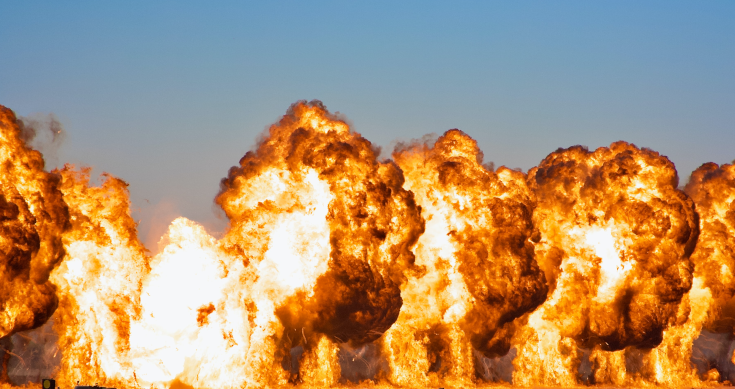 The country’s biggest explosives maker Orica has backed up an earnings downgrade issued in late February for the March half year by cutting its interim dividend by more than half after earnings fell 54%.

The February 26 downgrade revealed $125 million of hits to the bottom line across the company’s businesses caused by Covid, the Chinese ban on Australian coal and low demand from the mining sector as cost cutting persisted and production targets remained low.

On Thursday Orica said net profit for the half-year to March 31 slumped 54% to $77 million which in turn saw the board cut the interim dividend from 16.5 cents a year ago to 7.5 cents.

That’s a 42% payout ratio but then again, given the battering revenue and earnings took, it is remarkable that a dividend was paid at all.

The shares fell more than 6% to a day’s low of $12.62 before steadying and rising to end the day off 0.6% at $13.33 which wasn’t a bad outcome given the lack of any good news in the result and the negativity of the initial reaction.

Orica’s new CEO Sanjeev Gandhi said the first-half financial results were in line with the February update and the company remained very cautious about the near future.

While he said the current pressures are expected to “largely reverse” over time and Orica’s business fundamentals were strong, the outlook remains uncertain.

“We will continue to focus on what we can control and remain on track to achieve a number of strategic targets,” he said in the earnings release.

And the outlook for the current second half is a weaker set of earnings.

“It has been encouraging to see volumes start to increase at the end of the half. While we expect a better second half than the first, given uncertainties remain around market factors, we expect the second half EBIT to be lower than the pcp,” the CEO said.

The Australian coal mining industry has been hit by the Chinese banks on coal imports, which in turn has seen production cut and less explosives used in local mines. At the same time the growing pressures on coal use in power stations is also seeing a fall in demand for coal and explosives.

Elsewhere in the world, coronavirus-related disruptions in Europe, Africa and Latin America have led to mines closing or curtailing output, while social unrest in Peru and strikes in Chile have also reduced demand for explosives from both countries huge state-owned copper mines.

“As we address these challenges, we have maintained our disciplined approach to our balance sheet and capital management, while delivering a step up in cash generation and controlling our levels of debt and gearing,” the CEO said on Thursday.

Also on Thursday, Orica told investors it intended to run a sale process for its Minova business, which provides ground-control solutions for mining, tunnelling, geotechnical and construction industries.

“While Minova has delivered a substantially improved performance in recent times, it has been identified as non-core,” Mr Gandhi said. “Therefore, we will consider selling at an appropriate price.”

Mr Gandhi, who took over from former CEO Alberto Calderon earlier this year, says Orica now has a refreshed management team in place who were “energised and focused”.

“We move forward with a clear set of strategic priorities, well-positioned for recovery as external conditions stabilise,” he added.