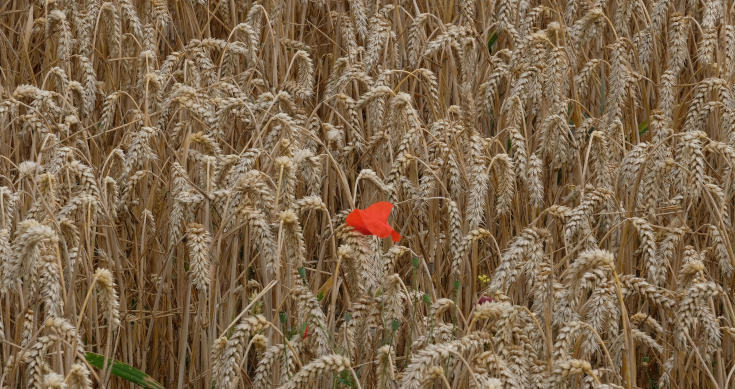 Shares in East Coast grain handler, GrainCorp hit the highest level in 8 years yesterday after the company confirmed an earnings upgrade made earlier in the year for its March half year result, and reinstated an interim dividend.

The company restarted dividends with a final for 2019-20 with 7 cents a share paid last November but the 8 cents announced on Thursday is the first interim since 2018.

Investors liked that, the upgrade to the outlook for the full year and the fact that GrainCorp has been able to handle the ending of the drought and the surge in the size of Easy Coast grain crops.

GrainCorp said in a statement on Thursday strong position came after the East Coast grains crop more than doubled to 31.4 million tonnes, as growing conditions rebounded following the breaking of the long drought in 2020.

Total revenue jumped 30.8% for the March half to $2.56 billion as grain receivables surged into the company’s network in the wake of record plantings.

Underlying profit from continuing operations was up nearly 90% to $50.5 million, though this was down 87% on a statutory basis.

CEO Robert Spurway said in a statement with the results that earnings of $140 million included a $70 million payment by GrainCorp under the Crop Production Contract.

It said good sub-soil moisture bodes well for the 2022 winter crop planting which is now well underway on the East Coast.

That has helped GrainCorp upgrade its FY21 earnings guidance to an underlying EBITDA of $255 million to $285 million, from $230 million to $270 million.

“The upgrade to guidance reflects strong margins due to high global demand for Australian grain and oilseeds and the delivery of key operating initiatives,” directors said.