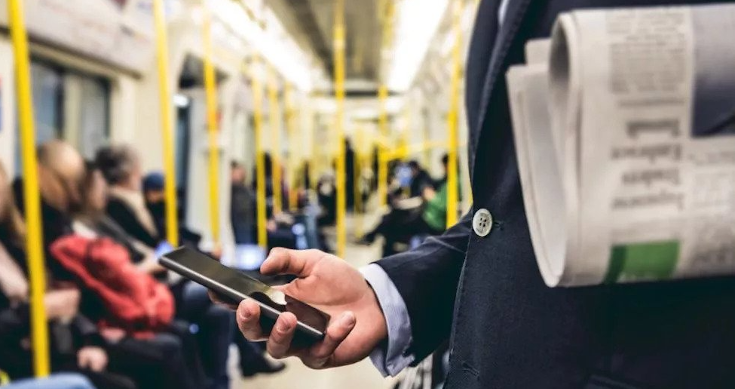 Orr was crazy. That meant he didn’t need to fly any more US combat missions in World War II. The rules said all Orr needed do to be grounded was to ask. But, as Doc Daneeka explained to Yossarian, there was a catch. Anyone who wanted to get out of combat wasn’t crazy. “That’s some catch, that Catch-22,” he (Yossarian) observed. With this scene in his 1961 bestseller of the same name, US author Joseph Heller coined a term to describe dilemmas and absurdities arising from conflicting circumstances.

Historian Niall Ferguson describes ‘CDA 230’ as the most important Catch-22 of the internet age. The letters and numbers are short form for the law that, due to conflicting definitions of the status of platforms, grants social-media networks such as Facebook legal immunity for the content they host and the content they won’t host.

The Catch-22 came about when US policymakers decided internet-services providers needed protection after a court in 1995 ruled an internet company was liable when a user defamed a bank on its message board. The resulting section 230 of the Communications Decency Act of 1996 cleared the way for the rise of platforms, including Facebook and YouTube, dedicated to user-generated content.

In its most significant part, CDA 230 instructs that platforms are not publishers. This largely absolves them from any harm caused by content posted or shared by users, whereas traditional publishers are responsible for the content they and their users publish offline and online. The other key part of CDA 230 conveys that platforms are publishers. This gives them the right to censor content and bar people they find objectionable.

The greatest threat to the ever-more-influential platforms is Washington repealing the immunity for content because platforms would then need to vet every post they host to ensure they complied with the law and were not defamatory. Abolishing the ability to remove objectionable content wouldn’t maul the viability of platforms, just encroach on their rights as private entities.

The threat to the CDA 230 immunities ballooned after supporters of former president Donald Trump stormed the Capitol in January to protest the validity of the 2020 election. Apple, Alphabet (owner of Google), Amazon, Facebook, Twitter and others highlighted their quasi-censorship powers under CDA 230 when they banned Trump for “fanning the flames” and disabled some conservative sites. At the same time, the incident highlighted their legal immunity for allowing the sharing of misleading information about the election and for hosting groups such as ‘Stop the Steal 2020’.

By the end of April, the number of proposals to amend CDA 230 circulating in Washington stood at about 40. A bill co-sponsored by Democrat Senator Mark Warner, for example, makes it easier for people to seek legal redress if content abuses, discriminates, harasses or threatens physical harm and the platforms take no action. “How can we continue to give this get-out-of-jail card to these platforms?” Warner asks.

The senator would know the answer. When it comes to the restrictions on content, authorities are stymied due to free-speech protections. Policymakers grasp that limiting the protections would maim platforms such as Wikipedia that are not accused of harm. They know it would make it prohibitively expensive for platforms to manage the ratings and reviews that users value that are found on online services such as AllMusic, Amazon and Tripadvisor.

The quandary officials need to solve when it comes to online platforms removing any content they find objectionable is that cyberspace is the modern public square. Platforms determine the line whereby free speech crosses into unacceptable speech – a line that is often arbitrary. Government cannot intervene when Silicon Valley blocks views it might consider ‘hate speech’ that offline is protected free speech that many people might find acceptable.

Two other concerns snooker policymakers. One is that Washington needs Big Platforms to beat back China’s drive to dominate the technologies of tomorrow. The other is that democratically elected politicians are reluctant to sabotage platforms that voters view as essential and harmless when it comes to their use and businesses regard as valuable advertising tools. The likely outcome? Platforms will retain legal immunities not available to others.

The CDA 230 content immunity, of course, is not absolute. Platforms are liable for content they create. They must not abet crime. Platforms need to obey content-related laws such as copyright. Traditional media and publishers enable plenty of mischief, for all their legal responsibility. Lawyers argue over the constitutionality of CDA 230 so maybe one day a court, rather than politicians, will torpedo it. It’s true too that CDA 230 has never been more vulnerable because the conservative side of US politics reckons that Big Platforms unfairly silence it, while the liberal side thinks the platforms are not doing enough to remove what it judges to be hate speech.

Even though most politicians are unhappy with the lack of accountability stemming from CDA 230, the left-right disagreement on whether to prioritise fighting fake news or protecting free speech is another impediment to any action because it makes building a consensus harder to achieve. The CDA 230 protection will stay. As will the controversies swirling around the Catch-22.