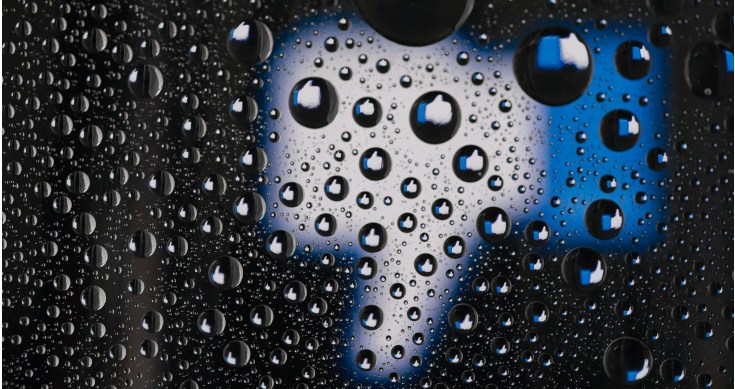 Further downgrades from the once high-flying A2Milk and fertiliser maker Incitec Pivot on Monday – not the first for either company, both of which are turning into serial offenders.

A2Milk produced what was the third or fourth downgrade in the eight months, and not surprisingly the shares went plunging, reducing the company’s market value even further.

That $10 billion fall has all been due to the problems in the huge Chinese market and the impact the pandemic has had on closing global borders – especially in Australia and New Zealand and in turn choking off the once lucrative daigou sales channel.

That has driven the recent downgrades and Monday saw A2 Milk forced reveal another slide in its sales and profits forecasts for 2020-21 after a weaker-than-expected performance in the Chinese market and the write-down of millions in nearly out-of-date stock.

The company told market on Monday despite its efforts in recent months to revitalise its key ‘daigou’ Chinese reseller markets, the performance in the channel had been “well below plan”, forcing the company to re-evaluate its outlook.

A2 said its sales of English-label infant formula through its Chinese channels was just $NZ22.1 million for the third quarter of the financial year, down 57% on the prior year (when sales were starting to feel the hit from the pandemic with lockdowns and global border closures.

The company said its moves taken through the third quarter and in April to strengthen the channel had “limited impact” and the company would not see the previously expected uptick in sales through the fourth quarter.

On top of this the weak sales had forced A2 to review of its inventory in its daigou channel. That had revealed that the company’s inventory levels were higher than expected and some of the product was close to being out-of-date, prompting an $NZ80 million to $NZ90 million write-down in the value of its inventory. That’s on top of the $NZ23 million write down taken in the December half.

A2 will also reduce the amount of product sold through the daigou channel in an effort to rebalance its inventory and “get better visibility through the channel”, resulting in “significantly reduced” sales for the financial year.

These issues mean A2’s revenue for fiscal 2021 is now expected to fall between $NZ1.2 billion and $NZ1.25 billion, a $NZ200 million to $NZ150 million drop on its forecast at its half-year results.

The company said its chief executive for the Asia Pacific region, Peter Nathan, has also resigned. Mr Nathan was responsible for the company’s launch and establishment of its A2 brands into China.

“While our third-quarter trading was broadly in line with plan, it is clear that the actions taken to address challenges in the Daigou and CBEC channels will not result in sufficient improvement in pricing, sales and inventory levels to meet our previous guidance,” chief executive David Bortolussi said.

“We recognise that the China market and channel structure is changing rapidly and are commencing a comprehensive review of our growth strategy and executional plans to respond to this new environment.”

A2 is also considering capital management initiatives, including a potential share buy-back. The unsaid rationale for that move would be to try and put support under a weak share price ahead after the August reporting date when the company will report a big statutory loss, thanks to falling sales and the write downs and stock impairments.

A2M made it clear in Monday’s lengthy update that the inventory and other problems would spill over into the early months of 2021-22, impacting the first quarter at least, and judging by the tone of the statements, possibly beyond.

The company says its non-Chinese skewing businesses such as liquid milk in Australasia and the US are doing well.

Shareholders will have to face up to extra costs in the next year or so on marketing and relaunching parts of the business. Product prices have been lifted on some items as well and that can always damage sales if consumers move to cheaper alternatives.

The company made it clear on Monday that it recognises that the China market and (daigou) channel structure is changing rapidly. It has therefore started a comprehensive process to review its growth strategy and executional plans to respond to this new environment.

Those reviews always seem to result in added costs in both revamping the old structures and bringing in the changes.

Meanwhile the bad news still flows (as do the losses) from Incitec Pivot’s big ammonia plant in southern USA.

Incitec Pivot shares slumped fell in the wake of the company revealing more problems at the plant near New Orleans.

The shares fell nearly 9% to end at $2.45 in late trade after unveiling further mishaps and delays at the Waggaman Ammonia Plant.

Monday’s close is the lowest the shares have been since early January.

Incitec said its US plant had resumed operations in April following the first planned maintenance turnaround since it was commissioned in 2016.

However, after two weeks, the plant unexpectedly tripped when a vibration probe encountered problems and failed.

Following repairs, the re-start process was stopped on May 8 due to a coupling failure on the refrigeration compressor.

Incitec said on Monday bringing the Waggaman plant back to full operation was its highest priority, with all appropriate internal and external resources being deployed to achieve this.

“Based on current information, repairs and re-start are expected to take two to three weeks,” Incitec Pivot told the market.

The additional impact to FY21 earnings before interest and tax from the latest problems at the plant is estimated to be between $33 million and $42 million, or $26 million and $33 million on a net profit after tax basis.

Back in an update of the problems on April 6, IPL provided this impact estimate “Based on the current work plan, the adverse impact due to the further delay in startup in FY21 on an earnings before interest and tax (EBIT) basis is expected to be A$36m (or A$28m on a net profit after tax basis). The adverse EBIT impact in 1H FY21 is expected to be A$15m with an additional adverse EBIT impact in 2H FY21 of A$21m.”