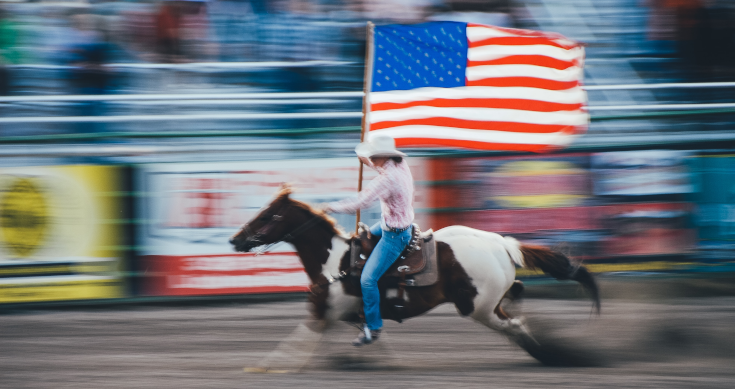 It’s going to be hard for all the bond bunnies and nervous nellies in financial markets to get worried about this week’s US Consumer Price Index inflation report after the much forecast one million new jobs failed to be created in the US economy in April.

Talk about deflating expectations — the way the US dollar and US bond yields dipped, puncturing of the bullish view of the health of the US economy and jobs market — suggests there are a few second and third thoughts going on in the minds of those in financial markets.

Now for US consumer inflation this week after the surprisingly weak jobs report for April left analysts and economists a little befuddled.

Just 266,000 jobs were added in April and the unemployment rate edged up to 6.1% from 6.0% as the US economy saw an unexpected slowdown in job creation.

Forecasts had been for around 900,000 to a million new jobs last month (with an odd guess above the top of the range). Instead it was nothing like that.And on top of that disappointing news there was a big downward revision in the very strong March figure of 916,000 to 770,000. February though saw a much smaller upward revision to 536,000 from 468,000.

Many economists had been expecting confirmation in the jobs report that the US economy was roaring back to life.

In fact the reality remains that the US labour market is still short of pre-pandemic levels. In April, 8.2 million fewer Americans were working compared with February 2020.

An alternative measure of unemployment that includes discouraged workers and those holding part-time jobs for economic reasons fell to 10.4%, down 0.3 points from March for its lowest level since March 2020.

That “real” unemployment rate had peaked at 22.9% in April 2020 as the headline jobless rate hit 14.8% (that was under reported because of confusion by many people surveyed about whether they were unemployed or still employed but on temporary layoff or a no hours arrangement.

Economists remain confident that the new jobs machine will continue to create new positions heading into the US summer as new jobless claims last week fell below 500,000 for the first time since the early days of the pandemic.

Wall Street rose, gold rose, oil dipped a little, the US dollar weakened, the Aussie dollar rose above 78 US cents and economists and nervous nellies in US markets then turned their attention to their big (useless) worry – inflation with the US Consumer Price Index to be released this week.

Economists expect April CPI to rise 0.2% from March which was up 0.6% from February.

But on a year-over-year basis, CPI is forecast to look a worry, jumping 3.6%, according forecasts as April 2020’s 0.8% slump falls out of the comparison.

That 3.6% comparison compares to the 2.6% annual rate in February. Excluding food and fuel, core CPI is expected to rise by 0.3% on a month-over-month basis. Core inflation in April 2020 fell 0.4%, so the year on year rise will look dramatic.

Inflation at 3% or more on a headline basis (and not core) is ‘transitory’ according to the Fed (and the RBA) and investors have accepted that for now, with a lot of caution.

The US producer price index is out on Thursday and will worry the nervous nellies by confirming a trend of higher prices that is showing up in corporate earnings releases.

US retail sales for April are out on Friday. Will the stimulus payments from earlier in the year continue to be spent in America’s shops or saved?

Meanwhile the US March quarterly earnings season continues slowing this week with the major reporting company Disney where the performance of its Disney + streaming service will be front and centre.

Global giants like Japanese carmakers, Honda and Toyota also are down to report, along with Bayer of Germany (and its huge agricultural chemicals business), Softbank, the big Japanese tech investor (it is linked with the Greensill supply chain factoring business which collapsed earlier this year owning billions of dollars); Alibaba, the Chinese online business under pressure from the country’s government; Airbnb, Petrobras, the big Brazilian oil company; Allianz, the big German insurer; Marriott and Tyson Foods.

America’s March quarter earnings reporting season has remained very strong and is now with nearly 90% of the S&P 500 companies have reported.

“Consensus earnings expectations for the quarter have now risen to +48% year on year, from +21% three weeks ago.

Airlines, tourism and hospitality stocks are the laggards – that will make this week’s reports from hotel group, Marriott and Airbnb important for assessing the outlook for the sector. Cruise line and airline reports were weak.