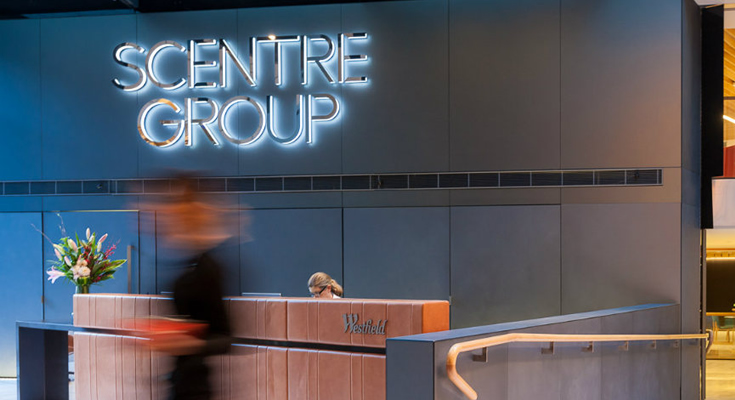 Compared to early 2020, Australian retailing is doing well – that has shown up in the upgrades this week from the likes of JB Hi-Fi and Super Retail group.

Now Scenter –  the country’s biggest shopping mall owner with 42 – has issued an upbeat quarterly update compared to a year ago, although compared to the same period in 2019, the comparison is not so good.

At the end of the March quarter, Scentre said customer visitation was back to 93% of the pre-pandemic 2019 levels, a far cry from the 61% decline recorded for the same time last year.

Shoppers are concentrating their spending on retail services such as nail bars, hairdressers and beauty salons.

Scentre CEO Peter Allen said in the quarterly update on Thursday that “customer visitation and engagement continues to grow as does demand for space from businesses, resulting in occupancy at 98.5 per cent,” he said.

And that has seen monthly rent collection reach $200 million a month in the four months to Aoril.

“Year to date, 30 April 2021, we have collected $802 million of gross rental billings, including $601 million during the first quarter to 31 March 2021, Scentre said (it has a calendar financial year)

That was the key difference with the March quarter update in 2020 which didn’t mention rental income at all.

That difference is as good as sign as any of the sharp improvement in sentiment and trading performance a year on.

Supermarket sales growth was down 8.3% in the three months to March 2021, from the same time in 2020, which was understandable given the panic buying and hoarding that was going on a year ago.

When compared to the same time in 2019, sales were flat.

Discount Department stores sales are up 15.5% (as the results from Big W confirmed last month), while homewares sales growth was up 13.3% as people stayed at home and looked to update soft furnishings instead of travelling.

For the March 2021 quarter Scentre said it completed 588 lease deals, of which 236 were new tenants that have introduced 35 new brands to the portfolio.

Directors maintained their forecast for a modest distribution this year.

“Subject to no material change in conditions, the Group reconfirms it expects to distribute at least 14.00 cents per security for 2021. The Distribution is expected to continue to grow in future years,” directors said on Thursday.