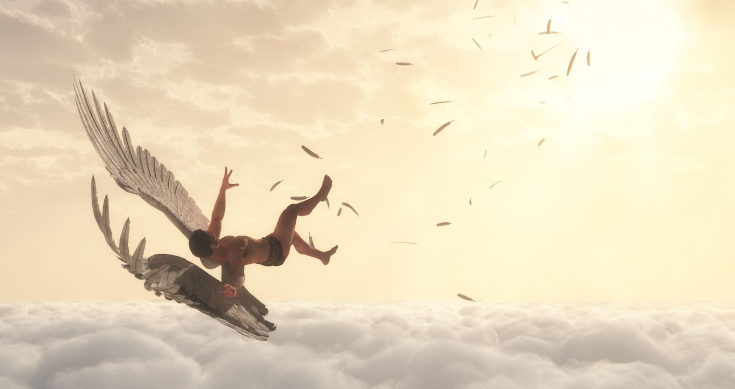 Two high flying tech stocks returned to earth with a thud on Thursday with Appen and Nearmap both seeing 20% plus slumps in their share prices.

Nearmap shares continuing falling Thursday after confirmation of a legal action against it in the US by a local rival in the mapping game.

Appen shares fell for no clear reason on Thursday morning, then paused after the ASX chided the company for the early sharp fall in the share price.

The company was halted at 1.20pm after the share price plunged 18% to $12.01 along with a surge in trading volumes – always a bad look.

Appen told the ASX it could think of no reason for the sell-off, other than general technology sector weakness both here and in the US, and the details in the latest trading update released earlier on Thursday.

Yesterday’s sell-off is not the first time this year the shares have slumped on investor concerns.

They are down more than 50% since February when it downgraded earnings expectations due to the changing artificial intelligence (AI) priorities of its major customers.

Analysts said the market was spooked by the lack of guidance offered for the June 30, 2021 financial year, and the continued volatility in AI projects being pursued by the tech giants which provide 80% of Appen’s business.

Appen has an investor technology day on May 20 which may help ease some of those investor concerns about the rapidityof change in the AI sector.

Meanwhile shares in aerial mapping provider Nearmap ended Thursday’s session like those of Appen – down hard and close to the day’s lows in the wake of confirmation of the US legal action.

Nearmap was forced to put its shares into a trading halt on Wednesday, when the US legal action came to its attention, just as its shares had surged 14% in price after the announcement of an upgrade to its 2021 financial year outlook.

In a statement to the ASX Nearmap said it will vigorously defend itself against legal action from a company called Eagleview which is a US rival. It claims Nearmap infringed key patents Eagleview holds.

Eagleview has started legal action in the US District Court in Utah, alleging Nearmap has infringed its patents relating to aerial roof reports – a lucrative market in the US.

Eagleview is claiming Nearmap has infringed eight patents. “Nearmap’s acts of infringement have caused damage to Eagleview, and Eagleview is entitled to recover from Nearmap the damages sustained by Eagleview as a result of Nearmap’s wrongful acts in an amount subject to proof at trial,” the US company stated.

In a statement Nearmap CEO Rob Newman dismissed the claims.

“Nearmap has always taken the subject of intellectual property rights and patent protections seriously and believes the allegations are without merit,” he said. “We will vigorously defend against the complaint. The business remains unaffected by the complaint.”

On Wednesday it lifted its forecast for the company’s 2021 annual contract value (ACV) target to between $128 million and $132 million, up from a previous range of $120 million to $128 million.

“On the back of a strong [first-half] performance, the company has seen momentum continue with growth across its core industry verticals from both new and existing customers,” Nearmap said.

It was a bullish moment for the company that was quickly turned negative after the news of the US legal action broke.