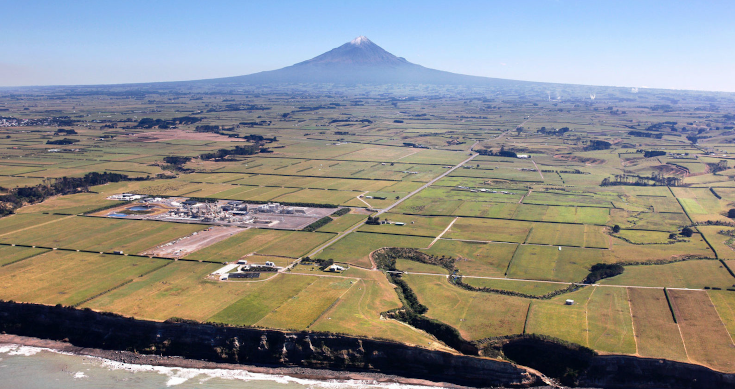 Suddenly Kerry Stokes has a problem in his business empire that won’t be cheap to fix.

Stokes’ key company is Seven Group Holdings – not only is it one of the world’s largest distributors of Caterpillar machinery for mining and construction, but it has 40% of Seven West Media, around 30% of Beach Energy, 25% of Boral and investments also in equipment hire.

He’s a VC winner who is suing Nine Fairfax papers for defamation in a court case starting in June that could very well decide the future direction of the long running official investigation into war crime claims in Afghanistan.

Caterpillar is doing very well, Boral has been dominated and is selling assets and rebuilding its finances, Seven West Media produced a small upgrade to its 2020-21 revenue forecast, Seven Group raised half a billion dollars a fortnight ago to pay down debt and perhaps seed further deals and up till Thursday, Beach Energy was one of the recent stars with strong gains, finances and an upbeat outlook for oil and gas production.

But no longer – now there’s a problem confronting Beach Energy and Seven Group Holdings. One of Beach’s most productive areas is suddenly no longer as productive and this saw its market value fall by more than $900 million on the final day of April.

Friday saw Beach reveal the surprisingly bad news about the key Western Flank production zone in the Cooper Basin. but in what now looks like unfortunate timing, Friday also saw Seven Group close off a share swap deal with Macquarie by buying 34 million Beach shares, which lifted its stake above 30%.

The swap deal with Macquarie was at an initial price of $1.32, an amount that would make the purchase worth about $44 million. But Monday’s announcement said the parties may separately agree to amend this price.

That’s not surprising after Beach shares plunged 24.1% in value on Friday to close at a five-month low of $1.275, following the guidance downgrade for the year to June and the news of problems in the up to now productive western flank zone of the Cooper Basin.

In Friday’s report the company said it produced less oil than expected from its largest oil field at the Western Flank in the three months to March and that since the end of March it had gained more drilling data from the largest oil field, and others, that have confirmed the decline.

Beach told investors it had experienced a worse-than-expected decline at its Western Flank operations in the Cooper Basin, and lower nominations from the Otway Gas Project.

The company is now expecting full-year production to be between 25.2 million and 25.7 million barrels of oil equivalent, down from 25.5 million to 26.5 million.

“The past five years has seen the Western Flank outperform our expectations, but we are now witnessing material decline from a number of fields,” he said. The company will now spend more money exploring more sites in the Western Flank for oil.

But the fall in the prospectivity in the western flank oil fields will see Beach forced to take a write down at June 30 in its full year earnings. That could be the painful part, especially if the decline can’t be stabilised or reversed.