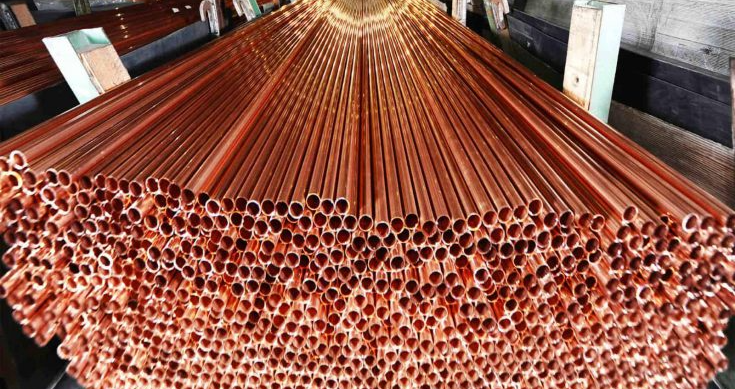 Copper heads into the final trading day of April within sight of joining iron ore at all-time highs.

The London Metal Exchange price topped $US10,000 a tonne for the first time since 2011 on Thursday before easing a touch to end the day steady.

The metal hit a record $US10,190 in February 2011 and traders now expect that to go – perhaps on Friday, but certainly in early May.

The solid copper components of reports from the likes of Newcrest, Rio, BHP and OZ minerals confirm that many Australian copper miners are riding the boom very nicely, and under the radar of many investors who usually focus on gold, and on iron ore (for BHP and Rio).

According to the Australian Bureau of Statistics’s latest merchandise trade data “Copper ore recorded its third highest export value on record at $745 million in March.”

The ABS pointed out that March was the second month on record that Australian copper ore has fetched a unit value above $4.50 a kg. The recent price strength is demand driven, as green technologies are significantly more copper intensive.”

We have mentioned the factors in reports this week — a shortfall in supply, especially from big mines in some parts of Peru, for example because of Covid, surging demand from building and construction, but more importantly, rising purchases from the renewables sector, led by wind turbines, copper wiring and electric vehicles.

Comex copper dipped back under $US4.50 a pound on Thursday, but was back at $US4.49 in early dealings in Asia (where demand is the strongest).

Prices have doubled from lows in March 2020, along with a surge across raw materials from oil to agriculture.

Now miners that have long focused away from copper, such as gold giant, Newmont, now wants more exposure to copper.

The world’s largest gold producer, is looking to increase output of the metal through several “mega projects,” CEO Tom Palmer said on an earnings call on Thursday.

Palmer told Bloomberg “I think copper’s got a pretty good story in front of it. I think its day in the sun is more toward the end of this decade.”

He’s a bit late starting to join this party and long before it makes sense to buy an existing miner rather than hunt out a mega project.

Rio and BHP are sitting pretty – not only do they have huge existing copper interests – Escondida in chile and Kennecott in the US, but BHP owns Olympic Dam in South Australia with the smaller, but similar Oak Dam deposit nearby.

Rio also has the huge low grade Winu copper/gold and silver prospect in the east Pilbara of WA, near newcrest’s existing Telfer mine and a couple of nearby prospects.

Newcrest also has its existing gold, copper and silver mines here and offshore and a developing major mine in Canada at Red Chris (70% owned).