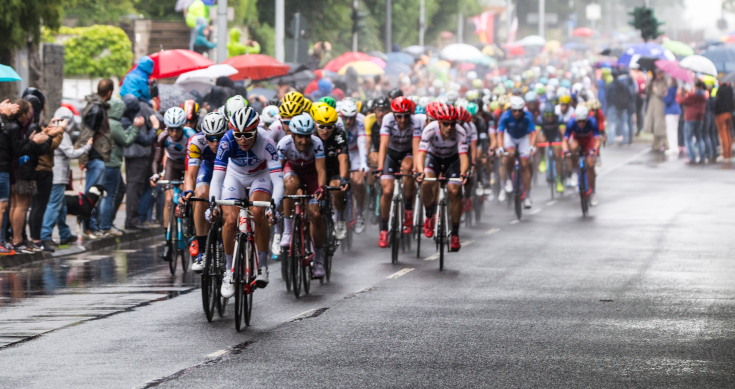 The rotation into low multiple stocks gathered pace during the quarter following an acceleration in the vaccine roll out combined with additional stimulus. US Treasuries, which have lagged other expressions of the reopening trade, started to catch up prompting the low multiple – or value – rally to broaden out beyond growth cyclicals. Whilst we have seen some steepening of the yield curve, real yields remain firmly negative which is extraordinary given developments in the global economy.

One year on from “coronavirus” entering household vocabulary, the global economic cycle has rebounded but remains below trend (figure 1). Emerging economies are leading the developed world despite the slower vaccine rollout and little stimulus. A diligent handling of the virus in the early stages supported domestic activity and stimulus in the US has buoyed exports. To that point, China’s industrial production and exports now exceed 2019 levels.

The US economy is motoring along thanks to a fiscal driven consumption boom, while lingering restrictions in Europe, from a slower than expected vaccine rollout, and less stimulus sees the Eurozone limp along. Europe’s manufacturing activity has been supported by China’s robust recovery, but the services economy remains stubbornly below trend.

Arguably Europe has the most cyclical economic upside as the rollout in vaccines accelerates.

The printing press has been cranked but where will all the money go?

The amount of stimulus undertaken by policy makers globally has reached astonishing levels (see figure 1). 40% of all money ever created occurred last year1, and as previously mentioned it’s been led by the US. This is not just in response to COVID-19 but also the rise in populism that’s been brewing. Quantitative easing is now being used to fund aggressive fiscal stimulus, which suggests the rebound in the economic cycle is still in its early stages.

The Democrats wasted little time approving the $1.9t Rescue Plan Act in March 2021. This package will deliver a 10% – 30% jump in disposable income for the bottom 60th percentile of US households over the next 12 months2, predominantly via a one-off $1,400 payment per individual. This follows $160b of stimulus ($600 per individual) distributed by former President Trump in his last days of office in January 2021.

Personal savings rates have reached abnormally high levels – around 20% of disposable income versus 7% pre-COVID. By the middle of this year we estimate US households will have above-trend excess savings of $3t when a full reopening of the economy is scheduled. This $3t is broken down by $1t courtesy of underspending in 2020 and $2t from income stimulus. Even if just one-third of this is spent it equates to 5% of GDP, which gives a sense of the firepower that could be deployed. Biden’s rumoured c. $1.5 – 2t American Families Plan package, targeting social infrastructure and extending stimulus for lower income households, could bolster consumption even further.

The question is, how will this excess savings be spent?

The $1t in underspending in 2020 was concentrated in the services sector, but there is a natural limit to, for example travel consumption and dining out. Households could direct excess savings to big ticket items, ‘trading-up’, real or financial assets. Consequently, we have rotated our ‘Reopening’ cluster to position for consumption trends which we believe will emerge, such as autos, while reducing exposure to reopening candidates which have already seen strong performance such as financials, retail, and international–dependent travel.

Undoubtedly some of this excess savings is finding its way into the stock market. The events in January from the ‘Gamestop crowd’ show just how powerful the online retail community has become. The introduction of zero commission retail trading is a significant shift in market structure, and it will be prudent to continue to closely monitor crowded longs and shorts.

Investment stimulus can extend the cycle

Policy makers globally are expected to remain accommodative, and we previously suggested vaccines would provide the scope to pivot stimulus away from income support to investment programmes. On the heels of the Rescue Plan Act the Democrats proposed a $2.25t Investment and Infrastructure Bill. We expect other economic blocs to follow suit, and indeed decarbonisation is already a central pillar of policy across the US, Eurozone and China. Renewables only account for 7% of total energy output across the globe and needs to increase to substantially above 50% to meet emission targets under the Paris Agreement. We see a multi-decade investment cycle for green electricity.

Whilst the market has begun to view economically sensitive stocks through a different lens, cyclicals are still broadly cheap relative to defensives (figure 1). Investment led stimulus/growth can lead to a more permanent shift in investment preferences, and a more durable outperformance of low multiple stocks, much like what was seen after the 2000 tech wreck. There will be new candidates that can transition to secular growth winners and some of today’s perceived winners will be revealed as growth traps.

Stimulus with a side of inflation?

Whether excess savings and pent–up demand proves inflationary depends on the marginal propensity to consume real goods or services, and the velocity at which savings are deployed. However, combined with re-shoring of supply chains, and broad pressure in supply chains from a shortage of semiconductors, we are likely to see higher volatility in inflation.

The move in 10Y US Treasury yields over the quarter was significant – from 0.9% to around 1.7% – but largely tracks rising inflationary expectations. Real yields remain negative at c. -0.6%; a disconnect between the bond market and the outlook for the global economy (figure 2). A normalisation in real yields can act as a further tailwind for cyclical stocks and a material headwind for the overvalued and weaker parts of the growth complex. Some companies have received a ‘free pass’ from COVID-19 and negative real rates; not all are genuine disruptors, and many will see growth rates slow in a re-opened environment. That is, a move in real rates can act as an additional catalyst to tighten multiple dispersion (figure 3).

Whilst most central banks seem unwavering in their current policy positions, we are watching the People’s Bank of China (PBOC) closely as it appears credit creation in China has peaked as the recovery gathers steam.

The question is whether the recovery in the US and Europe can offset tightening in China. We believe China will remain selective in both tightening and stimulus, focusing on the ongoing rebalancing of the economy towards consumption and decarbonisation.

Money creation in the US is about 30% higher than the rest of the world, and we believe there will be a hangover from this extraordinary stimulus. The US fiscal deficit is 15% of GDP coupled with a large current account deficit. There is no free lunch. These twin deficits ultimately need to be funded, which can happen via higher rates to attract capital or a weaker currency. We believe it will be the latter. Recent strength in the USD, due to a lead in vaccine rollout and stimulus-led growth, is unlikely to last as the rest of the world catches up. We maintain our underweight to the USD and favour current account surplus country currencies with key overweights in the Yen and Euro.

On the COVID-19 front, we are watching developments in India and Brazil closely along with evidence of a broader spread of the South African variant (e.g. in New York and other US cities), and the emergence of any new variants. Whilst existing vaccines have lower efficacy in preventing symptoms of today’s known variants, they remain strikingly effective preventing hospitalisations and fatalities. Pfizer and Moderna are well progressed developing booster vaccines targeting known mutations, which may see emergency use authorisation around the fourth quarter. Having said that, a dependence on the ongoing development of booster vaccines has the potential to complicate reopening.

We are also watching the vaccine rollout in emerging markets, as cross border reopening is dependent on a global pathway to herd immunity.

A natural healing in the global economy from an acceleration in vaccines can be supported by stimulus, but reopening remains fluid. Exposure to reopening beneficiaries remains firm at around 40%, though exposure within these clusters will rotate as reopening evolves.

Globally we expect monetary and fiscal policy to remain loose, with a focus on government sponsored investment programmes. This can lead to a more permanent shift in investment preferences where extreme multiple dispersion starts to contract. Any normalisation in real rates will accelerate this contraction. The portfolio has 30% exposure to investment stimulus beneficiaries led by our decarbonisation and connectivity/compute clusters.

Finally, we have 25% of the portfolio exposed to long-term structural growth trends like social commerce, online advertising, workloads moving to the cloud. These trends will continue to grow even in a fully reopened environment.

We believe four of our largest holdings capture our broader views on portfolio construction.

Siemens and Volkswagen, two companies traditionally labelled as “cyclicals”, can transition to secular growth winners. VW’s all-in approach to electrification can see the company take market share as EVs take an increasingly larger slice of the auto pie. Siemens, a global leader in factory automation, will be a winner in a low carbon world as manufacturing lines are re-designed and re-tooled. Additionally, Siemens’ subsidiaries manufacture wind turbines and equipment required to fortify the grid.

At the other end of the barbell sit Facebook and Microsoft, two companies that are the definition of pragmatic value; resilient businesses exposed to long-term structural trends valued at attractive multiples relative to their growth profiles. Workloads will continue to move to the cloud, now led by the enterprise, and it’s Microsoft that has the enviable lock over this customer.  And Facebook, a winner in a world where ecommerce is increasingly influenced by social media. Monetisation can inflect as users consume within the Facebook ecosystem and as the platform continues to take share in online advertising due to user engagement.

Headline equity index valuations may look full but there is meaningful opportunity in relative valuations. Multiple dispersion is high both between and within sectors as investors chase conceptual names while ignoring some of the more resilient exposures that are available at more attractive valuations. This presents a great opportunity for an active manager.

The Antipodes Global Fund invests in companies listed on global share markets and aims to achieve absolute returns in excess of the Benchmark over the investment cycle (typically 3-5 years). 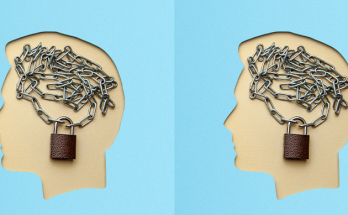 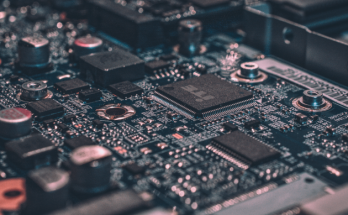 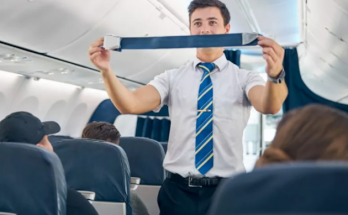 Is Now the Perfect Time to Give Your Portfolio a Mid-Flight Check? 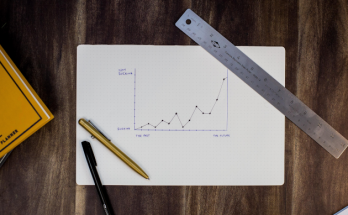 Is Investing Based on Fundamentals Making a Return?