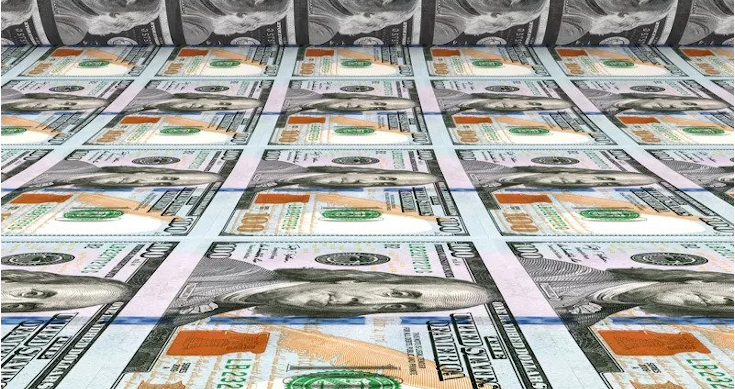 Detroit’s giant carmakers were among the US businesses tottering as the Great Recession took hold. About 2.6 million Americans lost their jobs over the four months from when the global financial crisis erupted in September 2008 until President Barack Obama assumed office at the start of 2009. The modelling of Christina Romer, Obama’s chair of the Council of Economic Advisers, showed the then-US$15 trillion economy needed stimulus of about US$1.8 trillion to close the ‘output gap’ within two years.

But the Democrat-controlled Congress was infused with the era’s conventional wariness of budget deficits and government debt. Obama sought fiscal stimulus of only US$775 billion, though he expected the usual bartering among lawmakers to bloat the package to US$1 trillion. Republican outcries about government squandering, however, swayed enough moderate Democrats, and the American Recovery and Reinvestment Act of February 2009 contained only US$725 billion in new money. The jobless rate jumped from 8.3% that February to a then-post-war high of 10% eight months later as the number of unemployed swelled by another 3.5 million people. No surprise, the Obama stimulus of 5% of GDP has gone down in Democrat folklore as a “measly” response that was partly to blame for the party losing Congress in the 2010 elections.

President Joe Biden appears determined not to repeat the errors made when he was vice president. Biden is implementing a stimulus package worth 9% of GDP, even though the US economy is well past crisis-mode and the output gap – the difference between the economy’s actual and potential performance – is narrowing. The recovering US$22 trillion economy is enjoying a vaccine-inspired reopening. Congress had already passed four covid-19 fiscal packages worth more than US$4 trillion that are still energising spending. The jobless rate has plunged from 14.8% in April last year to 6%. Housing prices are soaring at a 12% clip. The Federal Reserve has pledged to maintain its ultra-loose unconventional monetary policy.

In an era when ‘magic money’ theories dismiss concerns about government debt, the American Rescue Plan entails US$1.9 trillion of fiscal stimulus that will boost the budget shortfall for fiscal 2021 to 18% of GDP. Washington’s debt load will soar from the pre-stimulus forecast of 102% of output, most likely well past the record 107% of GDP it reached around the end of World War II.

To its proponents, the inequality-fighting stimulus gives money to poorer households, extends unemployment relief, adds funds to vaccination programs, helps schools reopen and plugs gaps in the finances of local and state governments. The mostly one-off spending is popular and presaged more durable outlays such as the infrastructure plan Biden announced on March 31 that, if passed by Congress as announced, would over the next eight years entail US$2 trillion of fresh spending. Other Democrats are calling for a US$2 trillion ‘Green New Deal’ and expanding free healthcare to those aged below 65.

As for the macroeconomics, the emergency relief prompted Fed officials to lift their US growth forecasts for 2021 from 4.2% to 6.5%, which would be the fastest pace since 1984’s result of 7.2%. Others have raised their US growth forecasts for this year to as much as 8%, a speed last matched in 1951. Unfazed by the faster growth, Fed officials offered the ‘forward guidance’ that the US cash rate would stay at near-zero in coming years.

To its critics, much of the stimulus is a superfluous ‘sugar hit’ because the economy’s spare capacity is shrinking anyway. They worry that government debt is reaching troublesome levels. This first points to higher taxes and reduced benefits in coming years – thus the package boosts intergenerational inequality while hindering growth from 2022. The major concern is that the package is bound to lift consumer prices. Inflation, as the Fed concedes, is most likely to accelerate beyond the Fed’s 2% target, though the central bank is unruffled by any spike in inflation above target. The critics worry that the expected rise in inflation beyond 2% proves more permanent. Biden’s relief thus could backfire if it were to spark sooner- and larger-than-expected increases in official and market interest rates. Biden’s first big legislative victory shows the new president is prepared to take risks on fiscal policy that could shape the rest of his presidency.

To settle a quibble, Obama’s stimulus should be better remembered because what was one of the largest post-war stimulus programs set up a record US expansion. More urgently, the pandemic is far from over. Mutations that nullify the vaccine would upend the economy. Yet Biden’s stimulus might make it much harder to conjure up more huge sums without political and financial ructions. As to the threat from higher prices, hasn’t the neoliberal age of ‘independent’ central banking killed inflation? The Fed can always do a U-turn and crush inflationary pressures.

That, however, would thump the economy and upset capital markets. The most likely outcome is less threatening. In an era of low inflationary expectations and relatively weak labour bargaining power, there appears to be enough of an output gap to make it highly likely that the expected acceleration in inflation proves fleeting and Biden’s bold approach will reinforce just how cautious Obama was 12 years ago.