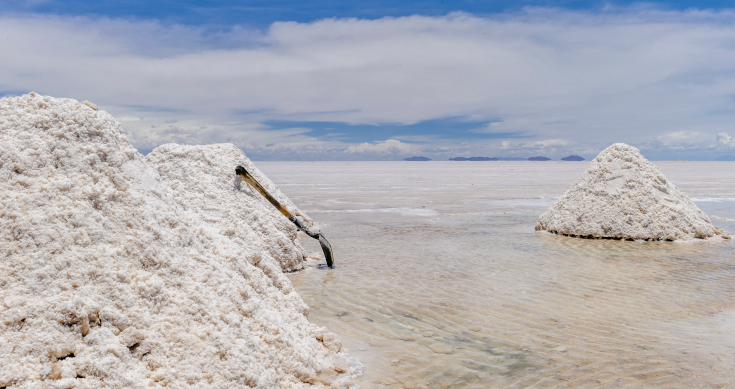 Australian lithium producers Orocobre and Galaxy Resources will merge in an all-paper $4 billion transaction to create what they claim will be the 5th largest producer of the key commodity in the world.

They two companies said the proposed merger has been driven by the need for scale in trying to take advantage of a brighter demand outlook for the key raw material in electric vehicle batteries.

The deal will see Orocobre taking over Galaxy through a scheme of arrangement to create the world’s fifth-largest lithium chemicals producer.

The scheme has been unanimously supported by the Galaxy board, subject to an independent report and no superior proposal emerging.

“Both Orocobre and Galaxy shareholders, will benefit from the diversification, growth and scale of a top 5 global lithium chemicals company,” Orocobre chairman Robert Hubbard said in a statement with the proposals on Monday.

Galaxy chief executive Simon Hay said in the same statement that merging with Orocobre presented an opportunity for both companies’ shareholders to consolidate and realise the “full potential of our asset portfolios”.

As part of the proposed Scheme, Martin Rowley would become Non-Executive Chairman, Robert Hubbard would become Deputy Chairman, and Martín Pérez de Solay would remain CEO and Managing Director of the group, “with a highly experienced and complementary Board and management team drawn from the combined group,” according to the statement.

“A new name for the merged entity will be selected in due course representing the global reach of the new entity, which will have its head office in Buenos Aires, Argentina, a corporate headquarters on the Australian East Coast and an office in Perth.

Australia is the world’s top exporter of lithium, the ingredient in lithium-ion batteries that power electric cars and store renewable energy, accounting for 55% of supply. It has overtaken Chile, a previous major supplier and seen a spate of major miners, especially from China investing in Australia.

The price of Australian hard-rock lithium known as spodumene has been under pressure since 2018 from an influx of new miners and processing plants outpacing demand.

But with Covid and the lockdowns seeing a major turnabout in thinking on renewables, especially electric vehicles, batteries and the need to control Co2 emissions prices for lithium and its refined products have surged.

The price of lithium is up 50% since March as electric car-makers expand production, sales strengthen in the US, China and Europe, and many world governments are starting “green” stimulus packages targeting transport electrification.

Major car makers like GM, Ford and Toyota and Volkswagen have or are moving rapidly to carbon neutral positions by 2030-35 and revamping factories and production processes to make more EVs, batteries and streamlining their manufacturing processes.

Tesla has attracted a lot of the headlines, but in March alone, 24% of the 603,000 vehicles sold by Toyota in the US were EVs, hybrids or fuel cells (Toyota calls this class APVs – Alternate Powered Vehicles).

Tesla sold 181,000 EVs in the quarter as a new Shanghai plant came on stream. Sales of EVs in China in the first quarter surged as well.