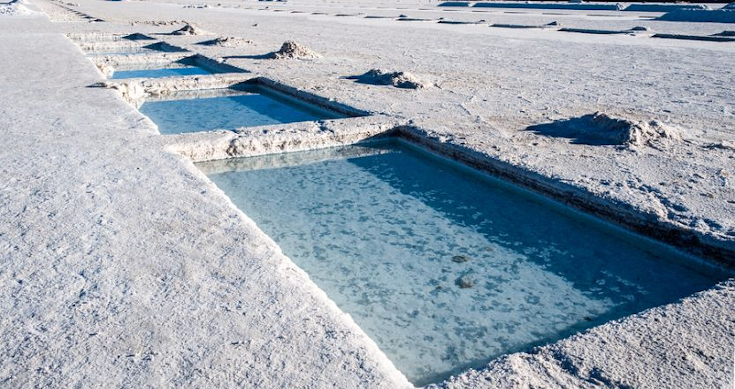 Is Orocobre ((ORE)) on the verge of a substantial company-making expansion? The lithium miner owns a 65% equity interest in the Olaroz project in Argentina and the lithium price is strengthening.

Brokers suspect the current supply deficit for lithium is likely to widen and Olaroz is a key lithium brine resource with a Stage I production capacity of 17,500tpa. Guidance for a lithium price of US$7400/t is 20% ahead of prior guidance for the second half of FY21.

This underscores the recent feedback Ord Minnett has received regarding a very tight market, while production figures for the March quarter and price guidance have reinforced the view that lithium prices have found a bottom and should trend higher.

Orocobre has reported lithium carbonate sales of 3032t in the quarter with an average realised price of US$5853/t. Ore production from Olaroz through to FY22 is locked into sales contracts with variable prices depending on market conditions.

Sales missed estimates in the March quarter but Morgan Stanley believes this requires clarification, which was not provided. The cause may have been delayed shipments, or the company holding back tonnage where possible to realise a better price in the fourth quarter.

While guidance is higher, no grade mix was provided and the broker highlights that a large part of tonnage contracted in the fourth quarter is at lower prices than what Orocobre is now flagging.

Macquarie asserts earnings in the second half of FY21 are largely unaffected by upgrades to lithium price forecasts as prices are locked in at US$5500/t. Yet the outlook beyond FY21 is different.

Orocobre is set to double its lithium carbonate production in the next three years, allowing for increased exposure to battery grade lithium. A widening supply deficit should enable further expansions.

Macquarie calculates a larger than expected earnings loss will now be reported for FY21 but the improved earnings outlook eases funding concerns for both Olaroz and the Naraha project (75% interest, Japan) which will be commissioned in late 2022.

The broker has made material upgrades to lithium price estimates beyond the second half of FY21, which transforms the earnings outlook across the sector. In particular, operating cost assumptions are also revised for Olaroz and Naraha.

UBS anticipated lithium prices will recover and noted at the recent results that the cost base for Orocobre had improved while Morgan Stanley agrees Orocobre benefits from higher brine grades that create cost improvements along with a predictable production profile.

Macquarie points out Olaroz generated strong earnings over its first four years of production but widening price discounts and falling lithium prices a year ago materially affected profitability. Yet the latest improved pricing from Olaroz is encouraging and the broker observes the recovery in regional lithium prices is occurring at a faster rate than anticipated previously.

Macquarie upgrades to Outperform from Underperform on the improving outlook, driving upgrades of 117%, 32% and 14% to earnings estimates for FY23, FY24 and FY25, respectively.