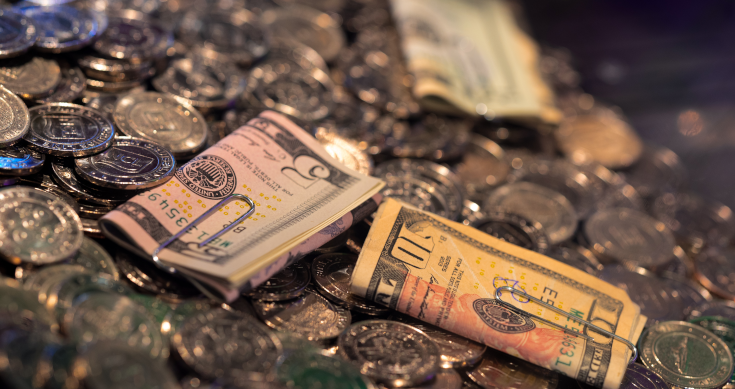 On Monday we reported that although over half a trillion dollars had gone into equity funds since last November, investors had suddenly got cold feet in the last month and started heading into cash.

A report from Bank of America analysts revealed that investors had all but stop directing money into equity funds and equities generally and were instead heading for cash – with over $US120 billion flowing onto these funds since mid-March.

Now the monthly global fund managers’ survey from Bank of America confirms the slowdown in the rush into shares, even though an overwhelming majority of investors controlling $US553 billion in investments in the latest survey remain overweight equities (62%).

And while only a minority (7%) of respondents in the bank’s latest survey believe equities are in a bubble, yet cash allocation by these big bullish investors is rising – up to 4.1% in the latest survey from 3.8% in February when the bulls were really charging.

Fund managers nominated issues such as expectations of higher inflation, taxation changes (especially in the US with President Biden’s proposal for a corporate tax hike) and a “taper tantrum” (by the Fed, which is a hoary old chestnut of an issue for these managers).

Those stimulus measures to tackle the COVID-19- induced recession and which saved the profit and loss accounts of these same investors and their invested companies, are now seen sparking worries about inflation, prompting investors to raise their rate hike expectations.

Worries that the U.S. Federal Reserve would scale back – or “taper” – its quantitative easing programme was seen as the biggest risk among investors -hence the re-emergence of the taper tantrum idea which is trotted out regularly and occasionally rattles markets as it did in 2013 – but everyone emerged from that episode unscathed.

BofA reported that two-thirds of the 200 panellists in the latest survey said US shares are in a late-stage bull market – but not a ‘bubble’.

57% of investors surveyed by BofA now expect a rise short-term rates in the next 12 months, the highest since January 2019.

But they expect a more than 10% pullback in stocks if US 10-year Treasury yields hit above 2.1%.