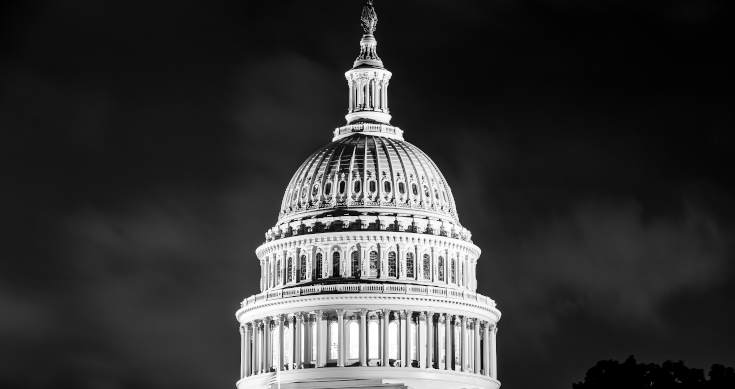 Joe Biden may be America’s oldest ever president, but he has a young man’s ambition. He has waited a long time for his chance to become one of a handful of transformative US presidents and he knows that his window of opportunity is small. The ink was still drying on the US$1.9trn American Rescue Plan as the White House announced its sequel, the US$2trn American Jobs Plan. Another US$1trn childcare, health and education package is waiting in the wings.

The first package brought to more than US$5trn the amount America has now spent to create a bridge from last year’s health crisis to the post-pandemic world. The next instalments are smaller and spread over eight years unlike the front-loaded splurge of the last 12 months. But the total package still represents the biggest reshaping of the American economy in decades. Only the War on Poverty, interstate highway build and space race in the 1950s and 1960s and the New Deal and wartime economy of the 1930s and 1940s are comparable.

It is no coincidence that Biden’s two biggest-spending predecessors were both Democrats. This kind of massive government intervention divides America politically, even if the epic road building was started by Eisenhower, a Republican. It is the kind of fundamental change in direction that is only possible in the wake of a major crisis (Depression, war, pandemic) and against the backdrop of an existential threat (the Axis, Cold War, China, Climate Change).

It is a big bet for an old man. Not a plan that tinkers around the edges, to use the President’s own assessment. A gamble that a long-lasting injection of government cash paid for with a combination of borrowed money and higher corporate and individual taxes will create a stronger economy, resilient in the face of a powerful new economic rival and the even greater challenge of an over-heating planet.

Few would deny the scale of the opportunity. The American Civil Society of Engineers recently awarded a C-minus grade to US infrastructure, an assessment with which anyone who has crossed the Atlantic in recent years would concur. Crumbling bridges, potholes and dismal airports are an embarrassment to the world’s biggest economy.

But there is more to the plan than traditional and digital infrastructure. And that might make it difficult for the President to win the political backing he will need to push through such a contentious package of physical rebuilding, environmental protection and social reform.  Spending on roads, bridges and broadband – even the US$2.8trn that’s estimated to be necessary over ten years – will likely gain Republican approval. Sustainable housing, access to public transport to improve racial equality and reducing carbon emissions will be a tougher pitch.

It is easy to see why Biden feels the need to combine economic, social and environmental measures into one package. Time is short, with the majority of Presidential election clean sweeps falling at the first hurdle of the mid-term elections two years later. Whatever doesn’t get done before next November probably won’t happen ever. But mixing together a care package for the elderly and disabled with green housing, electric vehicles and China-bashing manufacturing subsidies may simply give opponents reasons not to support what they otherwise might have grudgingly backed.

The political challenge is made clear by the fact that the package is deemed both too large by Republicans and some moderate Democrats and too unambitious by the progressive wing of Biden’s own party. Less moderate voices than the President’s have called for a trebling of the proposed spending to US$1trn a year over the next decade, a suggestion that has Republicans muttering about out of control socialist spending sprees.

Sceptics worry not just about what the money will be spent on but also how it will be funded. Biden wants to increase the corporate tax rate from 21pc to 28pc, to push through a global minimum tax rate and to reverse tax subsidies implemented by the Trump administration. Unsurprisingly, business groups oppose the plans and we haven’t even got to the individual taxes that will surely follow. Meanwhile, the mismatch between the eight year duration of the spending plans and the 15 years over which the corporate tax increases will be phased in suggests a meaningful rise in an already large deficit.

A decade ago, Obama’s healthcare reforms foundered on the rocks of the deficit and the still prevailing austerity orthodoxy. That debate has moved on and the case for tackling the climate challenge is arguably stronger even than solving the inequities of America’s broken healthcare system. But you don’t have to be an unreconstructed Reaganite to question how much of the proposed spending will be misallocated through incompetence or pork barrel politics. Or whether America risks pouring fuel on an already smouldering inflationary fire.

Those risks are balanced by a string of positives, though. First, the Biden plan is deliberately long-term. Spread over a decade, the level of spending does not feel excessive, particularly when measured against the US$5trn that’s already been spent with little carping from fiscal hawks.

Finally, it deals head on with how to pay for the world we want to create. Biden was right to print and borrow money for the initial relief package. It is quick and no-one objects to what looks like a free lunch (even those who know it isn’t). But this is not a sustainable solution to the funding question. Biden knows that, in the end, he has to persuade someone to pick up the tab for his youthful ambition.