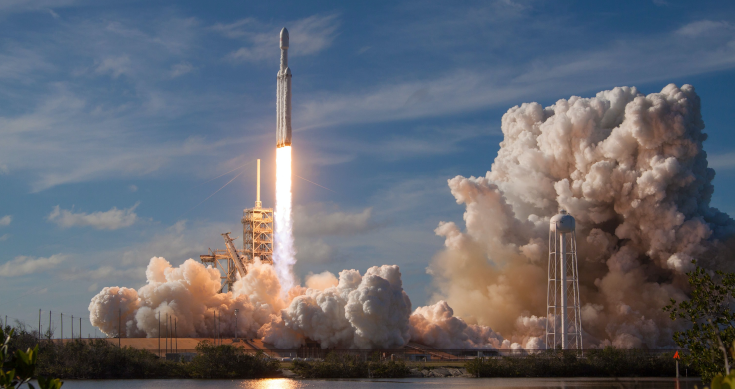 Well, that’s that then?

The US is booming, or getting close to one. The IMF says so (yesterday’s ShareCafe), the Fed sort of agrees and now Jamie Dimon, CEO of JPMorgan Chase and America’s senior banker has hopped on the bull train.

He thinks it’s a ‘goldilocks’ moment for the US economy but didn’t forget the three bears – inflation, debt and political instability and inequality.

To set the scene: The IMF sees the US economy growing by 6.4% in 2021 — the fastest since the early 1980s. That forecast was raised by 1.3 percentage points from the IMF’s 5.1% 2021 projection in late January and nearly double the rate it estimated last October.

The minutes said those at the meeting in mid-March “agreed that the economy remained far from the (Fed’s) longer-run goals and that the path ahead remained highly uncertain.” That’s despite the Fed’s own forecasts forecasting a robust recovery in the economy (like the IMF)

JPMorgan Chase CEO, Jamie Dimon agrees. He wrote in his annual shareholder letter (66 pages this year and a pale imitation of the folky approach of Warren Buffett’s annual letters in late February) released on Wednesday that there’s a good chance the US economic could boom for another couple of years.

“A combination of excess savings, deficit spending, a potential infrastructure bill, vaccinations and “euphoria around the end of the pandemic,” Mr. Dimon wrote, may create a boom that “could easily run into 2023.”

While he says that could justify high share prices for many stocks, it won’t for the price of US debt, given the “huge supply” soon to hit the market.

On shares, Dimon believes a multi-year boom may justify current levels because markets are pricing in economic growth and excess savings that make their way into equities.

“A booming economy makes managing U.S. debt much easier and makes it much easier for the Fed to reverse QE and begin raising rates – because doing so may cause a little market turmoil, but it will not stop a roaring economy,“ Mr Dimon observed.

“The permanent effect of this boom will be fully known only when we see the quality, effectiveness and sustainability of the infrastructure and other government investments.

“I hope there is extraordinary discipline on how all of this money is spent. Spent wisely, it will create more economic opportunity for everyone,“ he wrote.

He believes there’s a chance that a rise in inflation would be “more than temporary,” he wrote, forcing the Fed to raise interest rates aggressively. Many in the markets believe that but not yet the Fed, as the latest minutes made clear.

Like the RBA, the Fed is going to sit and wait until the still large oversupply of labour is mopped up and the gap closed.

“Rapidly raising rates to offset an overheating economy is a typical cause of a recession,” Mr Dimon wrote, but he hopes for “the Goldilocks scenario” of fast growth, slowly rising inflation and a measured rise in interest rates.

And while he is averse to higher corporate taxes (unlike Amazon’s Jeff Bezos who says the corporate tax rate should rise), he did say some taxes could be swept away. For instance there’s what’s called ‘carried interest’ in the US (a tax deductions that hedge funders, venture capitalists and other big investors use to minimise tax).

There are also tax breaks for racing cars, private jets and horse racing, and a land conservation tax break for golf courses.

In fact he sounds something of a corporate turncoat because all those breaks are for executive or corporate toys (and why for instance, so many companies sponsor US NASCAR style racing round quarter mile oval tracks).

And being a banker, he naturally had views about the future for his industry. Dimon wrote that “banks are playing an increasingly smaller role in the financial system”.

He says these nonbank competitors should be more strictly regulated; their growth has “partially been made possible” by avoiding banking rules, he wrote. And when it comes to tougher regulation of big banks, he wrote, “the cost to the economy of having fail-safe banks may not be worth it.

That is self-serving because he wants the capital restrictions and other requirements of being a fail-safe bank could be cut, boosting profits and presumably corporate pay.

Of course he ignored the damage non-bank financial companies can do to themselves – GE Money was once cited as the biggest threat to American banks, but it is now gone, slashed, hacked to get rid of billions of dud assets, debt and dud managers.

The implosion at GE Money also damaged its parent, General Electric and helped it fall from the bluest of blue chips with a AAA rating, to a shrunken shell of itself with a BBB rating.

In Australia GE Money is now Latitude Financial Services and its main product is a 60-month interest free loan to retailers such as Harvey Norman.

And he had a veiled warning for real estate investors and trusts in the US and elsewhere. Mr Dimon thinks that because of the rise of remote working during Covid lockdowns, JPMorgan may need only 60 seats for every 100 employees. “This will significantly reduce our need for real estate,” he wrote.

Local CBD office investors in Australia such as GPT and Dexus have already started reducing their involvement in CBD office blocks. Dexus sold an interest in a Brisbane office tower this week for $285 million. Dexus held a 50% stake in the block with a Canadian investor.

GPT has sold a stake in a Sydney CBD tower and is redirecting its profits into metro logistics in the form of warehouses and similar buildings for online retailers and other businesses.