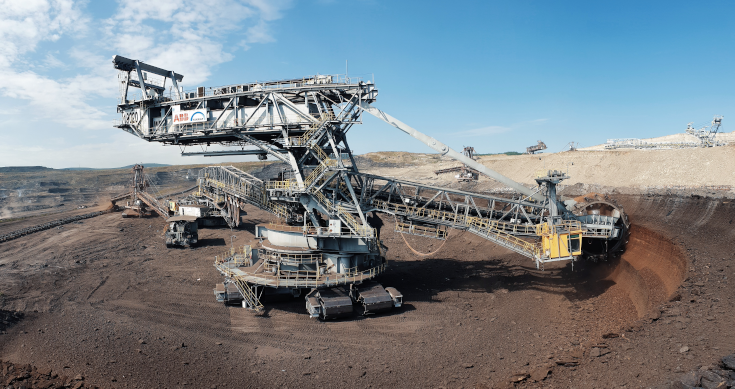 No worries about the rapidly rising third wave of Covid infections in Brazil for Vale, the big iron ore exporter and base metals group.

It has just revealed a $US5 billion share buyback over the next 12 months at a time when production and exports of iron ore, copper and nickel are rebounding solidly.

The buyback program will be limited to a maximum of 270 million shares and their respective ADRs (in New York), representing up to 5.3% of the total number of Vale’s outstanding shares.

In the short statement announcing the buyback, Vale directors said the “buyback program demonstrates the management confidence in Vale’s potential to consistently create and share value.”

“Ruled by our discipline in capital allocation, we consider the repurchase of our shares one of the best investments available for the company.

“Our buyback program should not compete with our intention to consistently distribute dividends above the minimum level provided in our dividend policy, as it has been the case since we re-established our dividend program.”

The buyback will be done at market prices, the company said. Vale shares closed at just over 102 Brazilian reals on Tuesday, or just over $US18 a share.

Vale shares have risen by more than 16% this year as the price of its high quality 65% Fe fines have soared on global markets.

Compared with what its big Australian rivals BHP and Rio Tinto have done by way of capital management, Vale’s buyback is late and small.

Both giants handed back tens of billions of dollars in buybacks and special dividends in 2018 and 2019 after asset sales (coal by Rio) and shale gas and oil by BHP, as well as using the surge in iron ore prices to generate more cash, much of which was returned via buybacks and record dividend payments.

Like BHP and Rio, Vale obviously can’t see any way to spending the extra cash from its iron ore business which has rebounded from the disasters of Samarco in 2015 and the January 25, 2019 mine tailings dam wall collapse that killed close to 300 people and triggered a surge in iron ore prices that remains today.

Together the two disasters cost the company tens of billions of dollars in compensation, fines and remediation costs, as well as a considerable amount converting existing tailings dams and mines to dry mining methods.

Vale, like BHP and Rio is also seeing more cash from its copper operations, and its Canadian nickel business (like BHP’s Nickel West) is also doing much better with the rising need for the metal (and copper) in renewables and electric vehicles

The drive by Chinese governments to crack down on pollution by steelmakers (and cut capacity supposedly closed years ago) has seen a sharp rise in the spread between 62% Fe fines from Australia (mostly BHP and Rio Tinto) and the 65% Fe product from Brazil. That currently stands around $US29 a tonne – close to the all-time high of $US30.50 a tonne hit in late March.

The spread between 65% Fe fines and the 58% (mostly from Fortescue) was $US46 a tonne on Tuesday.

Chinese steel mills want the higher quality fines (as well as higher grade iron pellets and concentrates) to help them reduce sintering and coke use as a way of reducing pollution and maximising yields from blast furnaces and then open heath furnaces used to turn crude steel into finished carbon steel products.

As we have reported in the past week there’s a gathering campaign in China to pressure steel mills into reducing capacity, pollution (especially in and around Beijing) starting with the major steelmaking city of Tangshan which was blitzed in March.

Vale battled Covid in some of its iron ore mines last year but so far there’s been few reports of problems in the latest wave which is shaping up as the worst so far.

Reuters reported on Wednesday that “Brazil’s brutal surge in COVID-19 deaths will soon surpass the worst of a record January wave in the United States” after deaths above 4,000 a day rose for the first time on Tuesday.

Brazil’s overall death toll trails only the US outbreak, with nearly 337,000 killed, according to Health Ministry data, compared with more than 555,000 dead in the United States.

A weak central government approach to Covid because of the (usual) scepticism of right-wing President Jair Bolsonaro has worsened the scope of the looming disaster.

He opposes masks and lockdowns, has replaced government officials and ministers who think otherwise and has gone to court to try and get state and city government lockdowns lifted or thrown out.

Tuesday saw the Health Ministry report another 4,195 Covid-19 deaths in the previous 24 hours, well above the country’s prior single-day record.

With mass vaccinations curtailing the US outbreak, Brazil has become the global epicentre of the pandemic, contributing about one in four deaths per day globally, according to Reuters.

Vale seems to have ignored that in deciding to return around $US5 billion to shareholders when conserving cash for a few more months might have been the prudent thing to do.