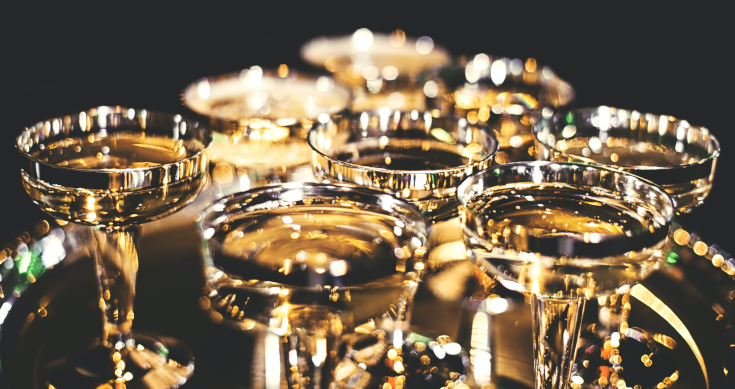 According to the International Monetary Fund, the global economy will be powering out of Covid-whacked 2020 this year, thanks to the rapid rise in vaccinations in the US and the near $US2 trillion stimulus spending from President Joe Biden.

And although Australia can thank the rebound in China for helping the economy grow (thanks to high prices for iron ore, copper, LNG (and cereals like wheat), it’s the US that is going to drag the rest of the world behind it to higher growth – especially in major economies.

In fact China’s rate of expansion – while still strong, has faded in the past couple of months as the US expansion has taken off.

The rate of expansion in the Chinese manufacturing and service sectors fell behind the US (and Australia for that matter) in March and the IMF forecasts suggest that will remain the case next year as well.

The IMF raised its 2021 global growth forecast from 5.5% less than three months ago, reflecting a rapidly brightening outlook for the US economy, which the IMF now sees growing by 6.4% in 2021 — the fastest since the early 1980s.

The US forecast was raised by 1.3 percentage points from the IMF’s 5.1% 2021 projection in late January and nearly double the rate it estimated last October when the Trump administration was failing to handle internal dissent about vaccinations and masks and how best to handle the growing Covid pandemic’s second wave.

IMF Chief Economist Gita Gopinath said on Tuesday the global improvement was largely due to increased fiscal support, including the new $US1.9 trillion US spending package, accelerated vaccinations and continued adaptation of economic activity to overcome pandemic restrictions.

“Even with high uncertainty about the path of this pandemic, a way out of this health economic crisis is increasingly visible,” Gopinath told a news conference in Washington at the release of the WEO.

The IMF made it clear the difference its previous forecasts back to last October and now is President Biden’s signature $US1.9 trillion stimulus package that was strongly opposed by nearly all Republicans who reman beholden to the discredited Trump and his do nothing policies on spending and on vaccinations.

The Biden package and the rapid improvement in US Covid vaccinations (now running around 3 million a day) is in contrast to the blundering and still weak pace of jabs in the EU.

As a result the outlooks for other advanced economy heavyweights, such as Germany, France and Japan, hardly improved at all since January. For some of these countries a third or fourth wave of Covid infections is looming with lockdowns being imposed and tightened.

And guess who will be hanging on to America’s coat tails over the next year or so – Australia where growth will fall short of global levels this year.

Once again the US is the engine of global recovery and back on top after losing its way in the four years of Trump.

The Aussie economy contracted 2.4% in 2020 – not a bad achievement when the world economy shrunk by 3.3% But this year the world economy is forecast to grow by 6% – the fastest growth for decades, but the Aussie economy is projected to grow by a solid 4.5% – leaving us behind growth in the US, China and parts of Europe and the US. growth next year in Australia is forecast to slow to 2.8% – which would have been a good year before Covid but will again be less than the global growth rate.

Advanced economies, of which Australia is one, are projected to grow by 5.1% this year – up from 4.3% estimated in January and faster than Australia.

For Australia the health of China remains vital and the IMF sees further gains there. China recaptured all of its lost growth by the end of 2020 and its growth forecast for 2021 was raised by 0.3 percentage point to 8.4%.

That’s mostly due to strong demand for Chinese exports, not strong domestic demand with retail sales growing quite slowly for China.

The Chinese economy has and will continue to be supported in part by the US stimulus spending which is lifting demand for Chinese exports. Imports remain weak and increased public spending is helping drive the commodity price surge in products such as iron ore, LNG, copper, grains, and a rebound in coal.

The IMF points out that consumer spending in China remains weak compared to exports.

And while the IMF believes the rising number of vaccinations will be boosting global activity, there is growing evidence that Covid is still wreaking havoc in India, especially Brazil, across Europe, Japan (especially around Osaka), Indonesia, and parts of Africa.

And while the US continues vaccinations, infections are growing in some parts of the US with more than 60,000 cases a day now being reported.

In other words Covid could still deliver a last, nasty blow to economic activity this year.