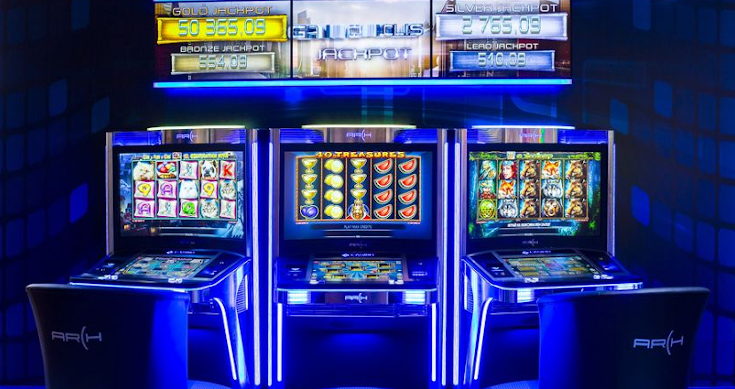 The overwhelmingly positive tone resonating from Aristocrat Leisure Limited’s ((ALL)) recent investor roundtable has reassured the market the Australian gaming technology company is resurfacing from the pandemic in excellent shape. The company is as bullish as ever and sees the next ten years as being even better than the prior decade.

CEO and managing director Trevor Croker spoke at length about the recovery of Aristocrat’s land-based (non-digital) business, noting that the slot machine industries in Australia and the US have both been recovering above their original expectations.

Aristocrat continues to take share across the land-based business, with Australia having over 90% of machines active, while around 92% venues are open within North America where 75-85% of Class II/III machines have been activated.

Aristocrat believes it is tracking around 5-7% above these levels, which would suggest management’s tactical recovery plan and higher coin-in is working well. Equally encouraging, Aristocrat’s market share of new casino openings has been ‘considerably’ higher than the 20% normal ship-share.

In the North American “For Sale” segment, management believes the market size is 40,000 to 50,000 units, down from a traditional 65,000 to 70.000. Management also noted a developing trend of operators preferring leasing over outright purchases, and Morgan Stanley believes Aristocrat is well placed to capitalise given its continued strong game performance.

Following Aristocrat’s presentation to investors, Credit Suisse upgrades its earnings per share 4-5%, and its target price to $38.00 from $34.50, and maintains an Outperform rating on the stock. Having concluded that Aristocrat has experienced another wave of growth in the gaming operations installed base, the broker has added 500 units to its FY21 expectation – now 52,180 (Class II and Class III).

Credit Suisse interprets Aristocrat comments about turnover through its machines being above its pre-covid expectations, to mean the yield is running at US$42/machine (unchanged.) Based on this momentum, the broker has increased forecast second half (to September) yield to US$43.60 from US$41.40.

Credit Suisse believes the consensus for the second half is now around US$47. However, it’s unclear to the broker whether or not yield growth can continue as new options for entertainment open and fiscal stimulus fades.

Equally concerning to Ord Minnett is game sales and operators’ use of discretionary capital expenditure, which remains tentative due to potential shutdowns, and operating expense monitoring. This suggests to the broker a slower recovery over the next 6–18 months in the outright sales market.

Having recently taken share in digital against major competitors, management also reassured investors that the step-up in digital is more permanent in nature than temporary. Aristocrat is a top five mobile gaming company in the western world, and Raid – now the number one Western title in the casual genre – is expected to continue growing given recent success attracting new and retaining existing users.

Aristocrat stated that Raid is running at US$30-$35m per month, which is a run-rate slightly below Credit Suisse’s US$420m full-year revenue forecast for that game.

But Evermerge is running at US$10m/month, well ahead of the broker’s forecast. With Raid now profitable and a mix-shift to social casino, Credit Suisse has lifted its first half margin to around 30% (previously 29.9%). Overall, the broker has upgraded digital earnings (EBITDA) by around 2%.

Aristocrat has four games in soft launch, including Mech Arena which is showing good user retention and is moving closer to worldwide launch. Aristocrat expects at least one game to be launched this year, with potential for two, dependent on the soft launch performance.

Aristocrat believes US iGaming is accretive to the overall market, attracting a different set of customers to social casinos/land-based. Within its investor briefing, management alluded to growth in social casino/land-based gaming in New Jersey despite the growth in iGaming in the state.

After monitoring the market closely, management is also viewing its ‘natural’ entry option as a provider of slot content, with other options including aggregating content (ie not just slots) and offering a platform.

With the three key games launched since 2018 now generating around 48% of Aristocrat’s February 2021 digital revenue, Morgan Stanley believes investors can have greater confidence in the sustainability of (digital) earnings. The broker believes the Aristocrat’s digital business warrants a higher multiple when comparing the concentration around top games, versus its mobile gaming peers.

Given the company’s balance sheet strength, Aristocrat continues to watch M&A closely as an option to accelerate growth as it has in the past. However, management noted high multiples across the digital environment at the moment.

By way of comparison, while most digital businesses are focusing on revenue growth, Aristocrat’s business is delivering above market growth and generating profitability.

On the iGaming and RMG (real money gaming) front, management also noted Aristocrat was in the space five years ago but does not have content anymore. While they are watching this space very closely, management highlighted that there are still only six states in the US that have legalised this, and also regards it as accretive to their overall business, citing New Jersey as a case in point.

Commenting on Aristocrat’s balance sheet optionality, Morgan Stanley expects the company to reach a net cash position by FY23, down from $2.2b in FY19 and $2.5b in FY18. However, the broker notes that bad debt provisions taken in September 2020 may prove conservative.

With Aristocrat trading on an average -15% discount since 2019, Morgan Stanley has an Overweight recommendation on the company and a price target of $38.00. Given its scale, diversification and balance sheet strength, the broker believes Aristocrat is well placed ahead of any potential disruption.

Like its peers, Ord Minnett still regards M&A as an accelerator of growth for Aristocrat. The broker suspects options will continue to be evaluated which suit Aristocrat’s strategic objectives (gaming, digital, adjacencies and other).

Ord Minnett has an Accumulate recommendation on Aristocrat and price target of $36.90, up from $33.61. By comparison, Goldman Sachs has a Buy rating on Aristocrat, yet its price target is at the lower end of brokers’ valuations, at $34.80.

While Goldman Sachs is positive about Aristocrat’s post-Covid recovery, the broker is keeping a watching brief on key downside risks, including weaker digital performance and worse-than-expected impact from IDFA changes; worse traction in adjacencies; increase in competition; and elongated Covid disruption.

The FNArena broker database has seven from seven Buy or equivalent ratings for Aristocrat Leisure. Despite this, the consensus target price is $28.56, suggesting only 1% upside from Thursday’s closing price. Forecasts are for an attractive yield of 4.7% in FY21 and 5.0% in FY22.