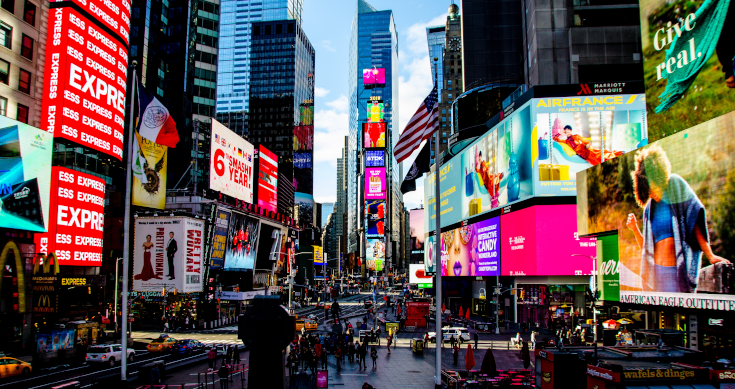 The US economy is booming and will get boomier as vaccinations build, confidence grows and the Biden stimulus really kicks in from this month and through June.

Last week’s Data on new jobs in March and manufacturing activity, as well as auto production for last month has underlined the surge in activity across the economy.

Not only did the economy add 916,000 jobs in March but an extra 156,000 were added to the reported figures for January and February. That was 1.1 million new jobs in all.

The unemployment rate edged down to 6% (still above the 5.8% in Australia in February) and the figures topped all market forecasts.

There are still nearly 7.9 million fewer Americans counted as employed than in February 2020, while the labour force is down 3.9 million.

At the start of the year 9.6 million people counted at employed at the start of 2020, were still without jobs, so the improvement is tangible.

The near 7.9 million people still unemployed from a year ago is the so-called spare capacity or the other side of the ‘output gap’.

The monthly report on US manufacturing activity showed not only big rise from an already high rate of expansion but the fastest pace of growth since late 1983.

The Institute for Supply Management (ISM) said on Thursday its index of national factory activity jumped to a reading of 64.7 last month from 60.8 in February. That was the highest level since December 1983.

More than 50,000 new jobs were created and filled in manufacturing last month. Construction added 110,000 and the key service sector – leisure and hospitality showed the strongest gains for the month with 280,000 new jobs.

Bars and restaurants added 176,000, while arts, entertainment and recreation added 64,000 to the total.

Now manufacturing only accounts for 11.9% of the US economy, but its booming. The service sector is still in recovery – 3.1 million fewer people are employed than a year ago, but that gap is closing.

Car sales rebounded in March to be running at an annual rate of 16.7 million – that’s better than a year ago (because of the pandemic) – sales of electric vehicles (EVs) are surging – 25% of Toyota’s 642,000 sales in March were of hybrids or EVs (battery or plug-ins).

Auto analysts at Cox Automotive say that as solid as the March performance was, sales are still nearly 5% under the levels of the first quarter of 2019.

Tesla sold more than 180,000 EVs in the first quarter (both in the US and globally), much higher than forecast and on track to easily top the 500,000 target for this year. Some of the boost 9and more in coming months) will come from a new factory in Shanghai.

First-quarter gross domestic product estimates are as high as a 10.0% annual rate. The economy grew at a 4.3% pace in the fourth quarter. Growth this year could top 7%, which would be the fastest since 1984. The economy contracted 3.5% in 2020, the worst performance in 74 years.

Thursday saw the S&P 500 jump past the 4,000 mark for the first time thanks to gains by shares Microsoft, Amazon and Alphabet, as well as growing confidence in the rebounding US economy.

That’s despite continuing signs of Covid infections that won’t go away (even though vaccinations are running ahead of planned). Europe though is the major Covid headache.